J.C. Mitchell and the art of political invective 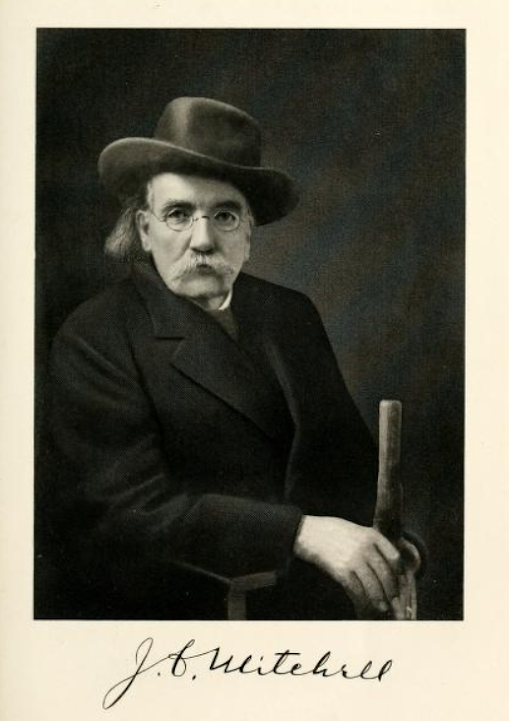 Joseph Crockett Mitchell (1849-1918) was a prominent Chariton attorney during October of 1891 --- and also candidate for state senate on the Democrat ticket as the Nov. 3 election approached. His Republican opponent was Lester W. Lewis, Wayne County banker and editor of The Seymour Press.

Down in Russell, Joseph Harcourt Clinton (1823-1899) was editing The Russell Recorder, which he had established during 1890. Otherwise, he was a main street merchant and sometimes postmaster. Clinton also was a staunch Republican.

Sadly, there are no surviving back files of The Recorder so we don't know exactly what it was that Clinton wrote about Mitchell while advocating for Lewis during early October --- but it certainly seems to have set Mitchell off like a firecracker. Most likely there were references to Mitchell's service as attorney to the management of the Whitebreast Coal Co. (Democrats were seeking the votes of miners that year) with a few Abraham Lincoln quotes thrown in for good measure.

Whatever it was, Mr. Mitchell responded in The Chariton Democrat of Oct. 22 under the headline, "A Description of The Russell Recorder: His Past, Present, and Combined Irrational Ideas."

Anyone who wishes to read the whole long article may find it digitally online. I'm transcribing here only the two introductory paragraphs and the concluding one as a demonstration of Mitchell's mastery of the art of political invective. The campaign issues of 1891 are by now irrelevant and a challenge to understand. But the invective remains impressive.

"This animal, under the name of J.H. Clinton, harangues me with all the adjectives his soft-headed, polluted, fervid and dilapidate brain is capable of producing. This species of animal forms the connecting link between the Orangutan  and the Chimpanzee, and is constructed after the same type as the common toad; and the snake that crawls hissing across his pathway. This animal has a voracious appetite, and sallies forth on unprotected victims, from his hiding place, and by means of his viscid and fouled mouth attempts to abridge the public press and put a padlock on the mouths of all disbelievers in his most diabolical, pernicious, absurd and misleading ideas.

"I would advise him to soak his head through the bunghole of a barrel, and then repair to a first class blacksmith and have his head well banded, then induce a first class barber to cut his hair according to the Pithecia satanas (another form of monkey), and then abandon all of his old, time-worn, absurd ideas and come out from all those old, political ruts, sever his connections with rings, monopolies, trusts and combines, and forever occupy a more elevated plane in this progressive period of enlightenment."

Several paragraphs follow before Mr. Mitchell gets around to delivering his coup de grace as follows:

"You may be a dude and wear high water pants and toothpick shoes, but I tell you the farmers and laborers are on to you and will soon show you they have some rights that must be respected. I advise the Recorder, after this, to come out fairly and squarely like a gentleman, and discuss questions if he don't want to get a black eye."

Lewis emerged the victor on Nov. 3 as Mitchell failed to carry even his home county. Canvass of the Lucas County vote recorded 1,535 for Lewis and 1,127 for Mitchell. Editor Clinton died at home in Russell six years later, on Jan. 6, 1899, at the age of 75.

Mitchell did not seek political office again and during 1893 relocated his practice to Ottumwa, where he continued to prosper. Overcome as he aged by despair and grief following the death of his wife, he shot himself to death in his Ottumwa office on March 19, 1918, and his remains were returned to the Chariton Cemetery for burial. He was 69.