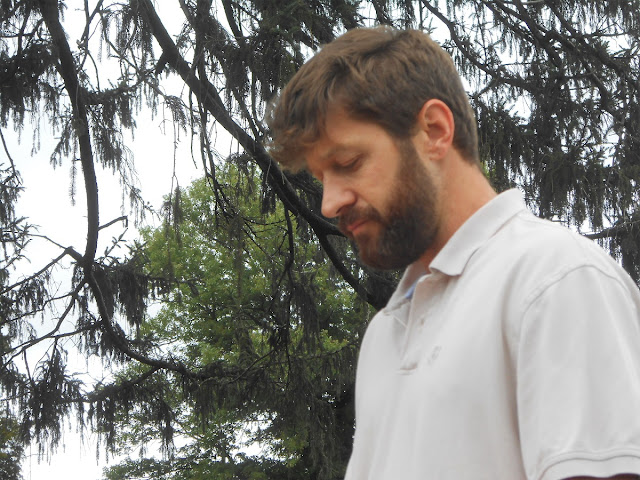 This is the fifth in a series of six scripts used during last Sunday's 16th annual Chariton Cemetery Heritage Tour. The subject is Fred B. Sanders and the portrayer, Jamie Wilson.

You-all have heard I guess about what the Good Book says, “I was a stranger and you took me in….” Well that’s kind of how I ended up here back in 1966 --- and in getting here, it may be that I caused more trouble than I was worth. My name is Fred Barton Sanders and I was lost and alone when I died among you --- just a little southeast of here --- in my 44th year.

My birthplace was Kansas, but the folks moved around a lot and I had gone with them to Los Angeles, California, just before Pearl Harbor. I was 20 and taking tickets and cleaning up at the Pantages Theatre on Hollywood Boulevard when I enlisted in 1942. Norma Schoonover and I got married just before I was deployed --- and she waited for me during the next four years.

I was assigned to the 745th Anti-Aircraft Artillery Gun Battalion and deployed first to New Guinea and then to the Philippines. That means I experience a lot during the years that followed, but came home safe and more or less sound.

Norma and I had six kids in quick succession during the next 10 years or so --- Eric, Rick, Gloria, Becky, Teresa and Janine. And we moved from California to Eugene, Oregon, where I found a good job and we had a nice house.

But then for reasons I really can’t explain, my life fell apart. I started drinking, lost my job, started bouncing checks and getting into other minor scrapes --- and then Norma divorced me. By 1963, I was way behind on child support for the minor kids. Charged with failure to pay, I was indicted by a grand jury, found guilty and sentenced to the state penitentiary as a result.

Nothing had changed by the time I was released from the pen on March 19, 1966, and it was then that I decided to head east out of the Pacific Northwest using the only means of transport available to a guy who was flat broke and unemployable --- my thumb and passing freight trains.

By late September, and I don’t remember the exact date, I had landed in the Midwest and reached Chariton, where I decided to turn south --- using the Rock Island freight service --- thinking I could spend the winter someplace where it was warmer. So I climbed aboard a Kansas City-bound freight at the Rock Island Depot and was just getting adjusted as we rumbled across the big viaduct that crosses the Chariton River just south of town when I lost my footing and fell to the ground maybe 50 feet below.

The fall didn’t kill me, although it did break a wrist and I was unconscious for a time. When I revived a little, I scrambled to a more comfortable spot, took off my shoes and set them neatly aside, then lay down to rest --- and died. I was wearing the only clothes I had --- a U.S. Army khaki shirt and green fatigue trousers. Most likely internal injuries killed me.

Fast forward nearly six weeks --- to November 11 --- and this young guy named Richard Thorne set off down the railroad tracks from his folks’ farm on the Blue Grass Road with a gun to do a little hunting. It was Richard who spotted all that remained of me in the brush below as he walked along.

Richard was not an excitable kind of guy, but he did turn back toward home after that, visited with the folks a little as they sat down for dinner and then said something like, “Oh, by the way ….”

Sheriff Wayne Swanson was notified and he and others examined the scene, hoping to find clues as to what had happened. Then my body --- and there wasn’t that much left --- was packed up and carried to the Miley undertaking parlors where an autopsy was conducted. But it failed to reveal anything other than the broken wrist.

Sheriff Swanson was able to make an identification from papers in my wallet and a single fingerprint and then began trying to find someone who would claim me. As it turned out, no one wanted me. Not Norma. Not my children. Not my mother. Not my two sisters or my brother.

It was then that someone remembered that this section of the Chariton Cemetery had been signed over the city with the provision that it be available to any veteran who could not afford a place to be buried anywhere else.

Lucas County paid the basic funeral costs --- nothing fancy. Members of Carl L. Caviness American Legion Post No 102 took charge of the service and the Rev. Eldon Jandebeur of First Christian Church agreed to officiate. And so I was buried here with full military honors, taken in by strangers when no one else would, on the morning of Thursday, December 1. 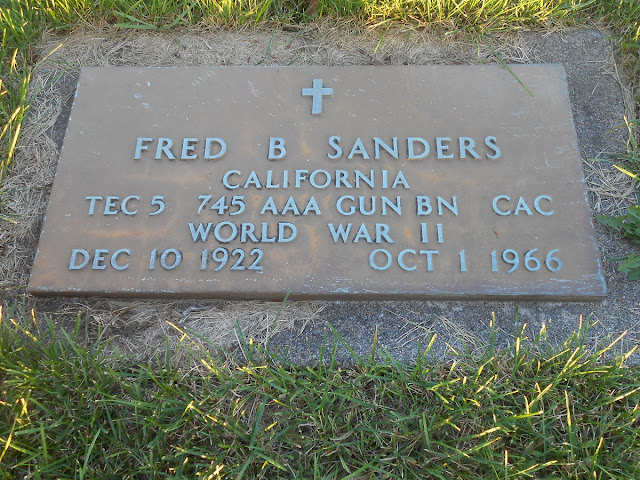