The cost of Vietnam

It's tempting to write something stupid about Vietnam after totaling the young Lucas County lives lost there. Like, "Lucas County's losses were minimal." Or, "Only one soldier died."

Statements like that even seem logical when the loss is compared to that of our smaller neighbor, Wayne County, which lost at least 10 of its native sons --- some with Lucas County ties.

But the loss of any life is not a minimal thing. And only one life was the only life to those who loved him and grieved no less because the rest of us survived. So it's useful to find another place to begin.

The Vietnam War, which claimed more than 58,000 U.S. lives, crept up on Lucas County as it did the nation. U.S. advisers had been operating in South Vietnam since the 1950s as part of an effort to prevent communist North Vietnam --- aided by the Viet Cong, a communist-controlled South Vietnamese paramilitary force --- from overrunning the south.

U.S. involvement escalated during the early 1960s and in 1965, the first U.S. combat troops were deployed. The war ended officially with the fall of Saigon on April 30, 1975, although by that time virtually all U.S. forces had been withdrawn as the result of a “Vietnamization” strategy that began in the early 1970s.

Many young Lucas Countyans served in Vietnam, but Dennis Bingham gave up his life in combat for his country. He was posthumously awarded the Silver Star Medal for gallantry --- the third-highest award that can be given to anyone serving in the armed forces of the United States. 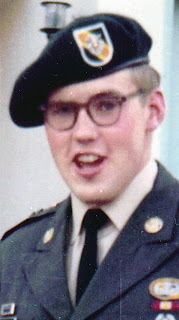 DENNIS WILLIAM BINGHAM: Specialist Four Dennis William Bingham was born Nov. 12, 1947, in Chicago, son of Sebird M. and Marjorie Bingham, and moved to the Bingham family farm in Lucas County with his family at the age of 12. He was a 1965 honors graduate of Chariton High School and a 1967 graduate of Centerville Community College.

Enlisting in the U.S. Army, in early 1968 he began working toward a dream since junior high --- earning a Green Beret. After training at Fort Gordon, Ga., and winning his paratrooper wings at Fort Benning, he qualified for training at the John F. Kennedy Special Warfare Training Center. He received that Green Beret in October 1968.

Deployed to Vietnam, he was assigned to the 5th Special Forces Group (Airborne) and on July 17, 1969, was serving as radio operator during a reconnaissance patrol in Laos. Hit by enemy force, his team moved to locate a landing zone for emergency evacuation. As the weather worsened and the attack continued, Bigham maintained constant radio contact to guide the rescue helicopter in. When a team member was wounded, Bingham rushed to assist him. As the helicopter approached the landing site, he moved into the clearing to direct it --- and was mortally wounded. His gallantry earned him, posthumously, the Silver Star Medal.

In addition to his parents, Bingham was survived by a brother, Michael; and three sisters, Brenda, Cindy and Cathy. He is buried in the Chariton Cemetery.

Lucas County was the home of record for another young man killed in Vietnam, Leonard Dean Cooper, but that may have been only because his mother lived near Lucas when he died. It seems most likely that he could more accurately have been counted as another county’s loss, something that by no means diminishes his importance here.

LEONARD DEAN COOPER.Official records also list U.S. Marine Corps Private First Class Leonard Dean Cooper, age 23, whose home of record was Lucas, as a Lucas County loss during the Vietnam War. He was killed Oct. 18, 1969. The Chariton Herald Patriot of Oct. 23, 1969, reported Cooper’s death, identifying him as the son of Mr. and Mrs. W. R. Whitis of rural Lucas. According to that report, PFC Cooper, identified elsewhere as an equipment operator in an engineering unit, was returning from a road-building detail in Quang Nam Province when his Jeep hit an anti-personnel mine. Cooper was born in Oskaloosa and had attended school there and in New Sharon, the Herald Patriot reported. He had gone to Vietnam in August of 1969. No further reports regarding Cooper were published in Lucas County newspapers. Because of that, I don't know where he came home to or where he's buried.

Online sources state that Cooper, born June 7, 1946, was a son of Robert Cooper (died 1959) and Leona (Holt) Cooper/Whitis. He reportedly was married to Susan Mitrisin and was the father of Mary Jo, Susan and Michelle Cooper.

Another young man, Larry Ray Peterson, also gave up his life while in service to his country during the Vietnam War period although his death did not occur in Vietnam. 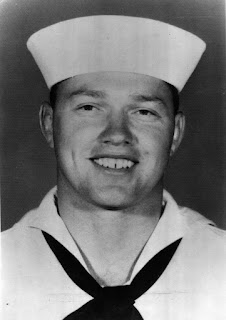 PETERSON, LARRY RAY. U.S. Navy Aviation Technician Navigationman 3C Larry Ray Peterson died during the early morning of June 13, 1969, when the helicopter to which he was assigned went down and sank in the Pacific off the coast of California. The UH-2c Sea Sprite was returning to the naval hospital in San Diego with six aboard after picking up a sailor injured when blown off the flight deck of the USS Constellation by a jet blast about 90 miles off the coast. The bodies of Peterson and the helicopter pilot, Lt. Richard A. Fitzsimmons, 26, were recovered; the others were reported as missing at sea.

A son of Jess G. and Wilma Peterson, Peterson was born Oct. 23, 1941, in Osceola and grew up near Derby and at Chariton. He was a 1960 graduate of Chariton High School and also attended Simpson College and the University of Iowa before enlisting in the Navy during March of 1967. In addition to his parents, he was survived by two daughters, Laurie Lynne and Nicole Rae, and a brother, Glenn. He is buried in Goshen Cemetery.

At least two and probably more Vietnam War losses had close ties to Lucas County but are carried officially as Wayne County losses. 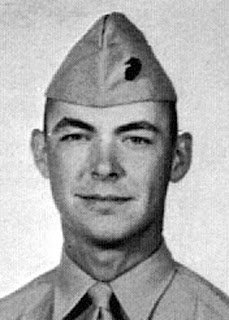 CESAR, RICHARD ALLEN. U.S. Marine Corps Corporal Richard A. Cesar, 20, of Corydon, was assigned to Alpha Company, 1st Battalion, 1st Marines, when he was killed in action on Oct. 30, 1969, during a Viet Cong attack on Hill 22 near Da Nang.

Born Dec. 21, 1944, at Boone, he came to Russell from Rockford, Ill., at age 15 to live with an aunt and uncle, Mr. and Mrs. Harold Kastner, and attended Russell Community School through his junior year. His parents, John T. and Betty Cesar, then moved from Rockford to Corydon and he transferred to Cambria-Corydon High School for his senior year. He is buried at Willwood Cemetery in Rockford, Ill.

LEVIS, DENNIS RICHARD. U.S. Army Sergeant Dennis R. Levis, age 23, assigned to Co. B, 2nd Battalion, 196th Light Infantry Brigade, was serving at the Kham Duk air strip near Da Nang when he was killed during an enemy mortar attack on July 20, 1970. His parents were residents of Chariton at the time.

A son of Delrein and Gweniverre (Richard) Levis, he was born Aug. 23, 1946, at Chariton and was a 1964 graduate of Seymour High School. He attended Centerville Community College and was a Drake University graduate. In addition to his parents, he was survived by a wife, Linda (Bellomo) Levis of Center Line, Mich., and a sister, Nancy Drake of Chariton. He is buried in the Allerton Cemetery.