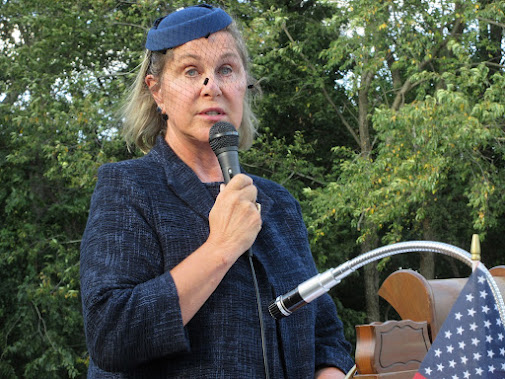 Leslie Goldsmith (above) closed  Sunday's 17th annual Chariton Cemetery Heritage Tour --- "The Lady in the Iron Fence and Her Neighborhood" --- with a portrayal of Mae Glenn Gasser (1884-1969), among Chariton's most widely acquainted residents during a lifetime that began a half block east of the southeast corner of the town square and ended in the same location, 85 years later.

Mary Finley (Alicia McGee), reinterred in the cemetery soon after it was established in 1864, was first on the program. She's the "lady in the iron fence." You'll find the script of her presentation here. Deming Jarves Thayer, second on the program, was portrayed by Blake Yocom. His script is here. Mike Miller portrayed adventurer Charley Rose. And Booker T. Richmond's story is here. Those portrayed appeared in the order of their deaths.

We're grateful to this year's excellent portrayers, everyone who attended Sunday afternoon and to City Manager Laura Liegois and other city staff who helped with such details as getting folding chairs to and from the site of the program. And of course we're grateful to those who do such a good job of maintaining the cemetery that serves as a backdrop. Here's Mrs. Gasser's script: 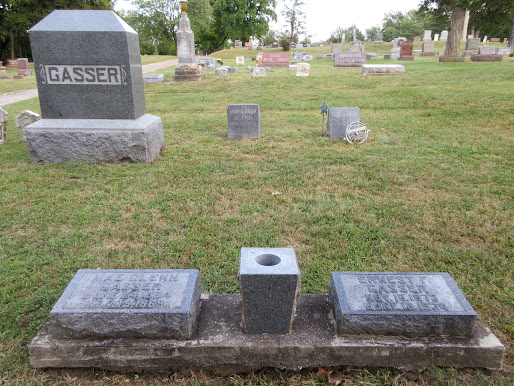 Such well written scripts, they seem really to have been written by the individuals protrayed. Thanks for posting