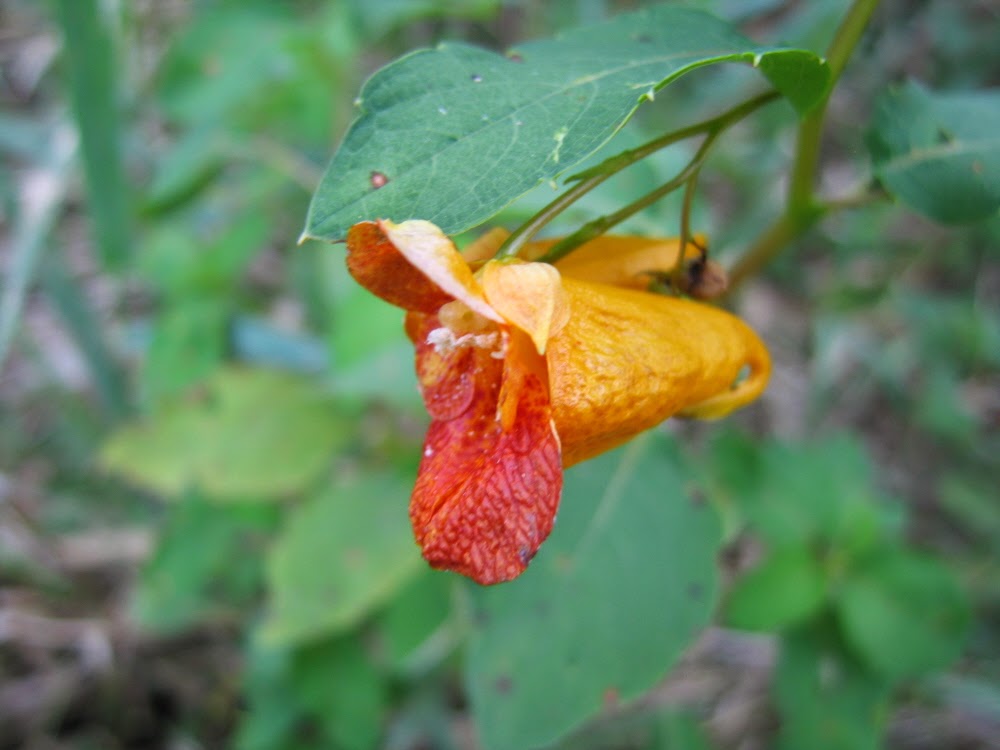 I'ts minus-2 here this morning, that blue wind chill advisory has drifted over the Iowa weather map and down into Missouri --- even my friends in Oklahoma and Texas are under winter storm watches and warnings (although a 20-30-degree winter storm seems from an Iowa perspective more of a tropical tantrum). On the other hand, it's minus-11 in the Twin Cities --- a cause to count southern Iowa blessings.

Whatever the case, it's a good morning to chase native plants --- from a chair behind the screen of a computer loaded with thousands of images taken over the last few years. 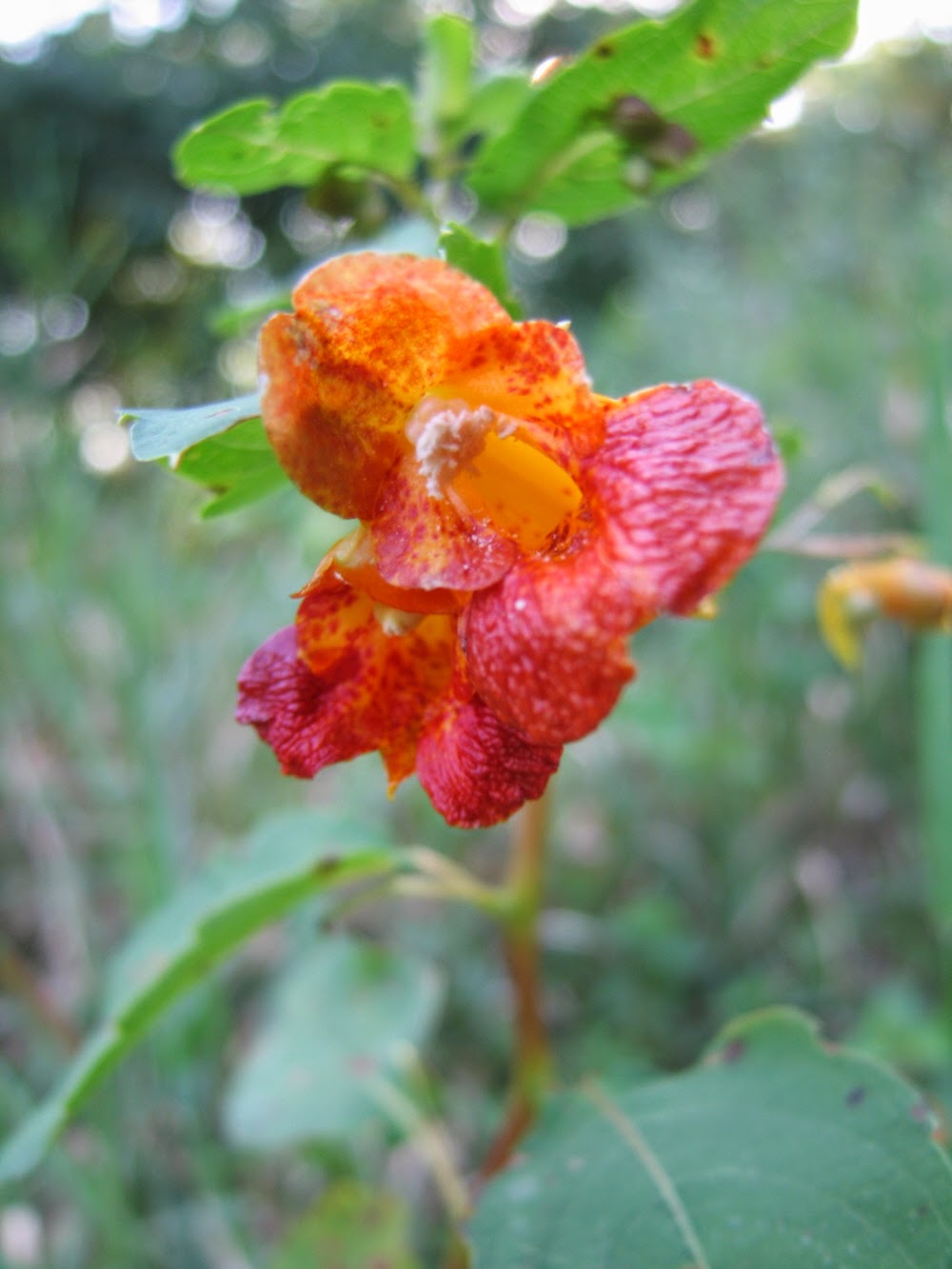 So here, from alongside the lakeside trail at Red Haw, is Orange Jewelweed (Impatiens capensis) --- "weed" seems unnecessarily harsh for these brilliant spots of color in an environment that by late summer can seem almost oppressively green.

Look for it in moist openings (a little sunshine required) along the trail, often in drainages coming down to the lake from the surrounding hills. There's also a yellow variety, Impatiens pallida.

Jewelweed is an annual the reseeds itself, and how it does that explains the first half of its formal name, Impatiens, derived from Latin and meaning impatient. Mature seed pods spread the seed by exploding, often when touched, so this is a member of the Touch-me-not family, too. Don't worry about the explosions --- the pods are tiny, under an inch --- and I'm told the seeds are delicious and nutty, if you can catch them.

The small jewel-like flowers (generally about an inch or slightly longer) are suspended from tiny stems and appear to dangle like charms from a bracelet. The funnel-shaped blossoms end in a curved spur where the nectar --- popular with hummingbirds and bumblebees --- is.

The plant itself can grow up to five feet tall, but its stems are leggy and weak so it often presents when collapsed into a heap.

This is a plant that's had folk medicine uses, most likely for as long as humans have been roaming around here. My source is "Wildflowers of Iowa Woodlands" by Sylvan T. Runkel and Alvin F. Bull with illustrations by Larry Stone (University of Iowa Press, second edition, 2009).

According to that book, the Potawatomi --- and EuroAmerican pioneers --- used jewelweed juice to relieve the itch of poison ivy and the Omaha and other tribes relied on it to treat a variety of skin problems. Pioneers used the leaves as the source for a general tonic and fresh jewelweed juice was rubbed on foreheads to relieve headaches.

Somehow I've managed to strain my back a little --- probably while hauling tables around the other day. I wonder if a little jewelweed juice would help.