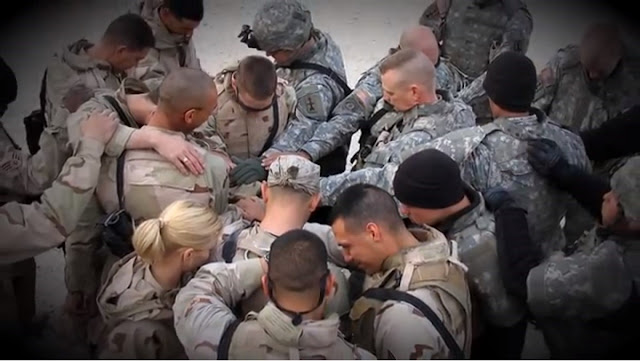 I've used this piece so often on Veterans Day --- and other occasions --- that it sometimes seems as if there's danger of wearing it out. But nothing more evocative turns up.

The presentation was put together during 2010 by Jason Eric Mumaw in memory of his late father, a Vietnam veteran.

The song, "American Anthem," was written by Gene Scheer and performed by Norah Jones for Ken Burns' seven-part 2007 documentary, "The War."

Earlier this week, a friend both Facebook and otherwise posted something based on the thought that all who serve and have served in the U.S. armed forces in effect write blank checks to their country with their lives, hoping for a positive outcome but with no idea what the final cost will be.