Reading of the names ... 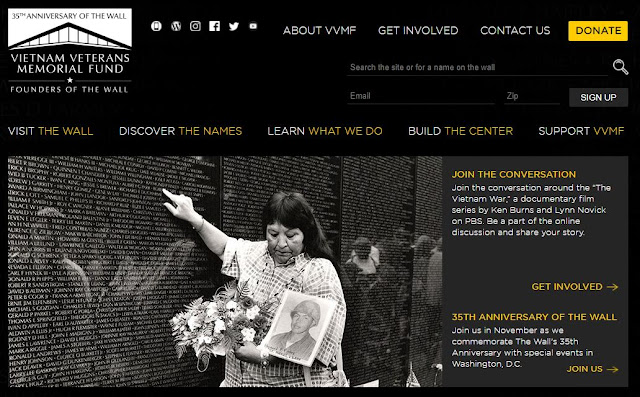 If you were in Washington, D.C., this morning, standing in an assembly area near the Vietnam Veterans Memorial, generally known as "The Wall," you'd hear the name "Dennis William Bingham" read aloud just after 8 a.m. (Iowa time).

Saturday, Veterans Day, will be the 35th anniversary of the memorial's dedication back in 1982 and appropriate ceremonies are planned.

A 1965 honors graduate of Chariton High School, Specialist 4 Bingham --- a Green Beret --- was serving as radio operator during a reconnaissance patrol in Laos four years later. His team, hit by enemy forces after moving about three hours during the morning of July 17, 1969, located a landing zone for emergency evacuation. As the weather worsened and the attack continued, Bigham maintained constant radio contact to guide the rescue helicopter in. When a team member was wounded, Bingham rushed to assist him. As the helicopter approached the landing site, he moved into the clearing to direct it --- and was mortally wounded.

His story is one of thousands represented by names on the Wall, which honors all who served in Vietnam by naming the dead --- living and dead united still as a family of sorts. A prologue introduces the names: "In honor of the men and women of the armed forces of the United States who served in the Vietnam War. The names of those who gave their lives and of those who remain missing are inscribed in the order they were taken from us."

The final names are followed by this inscription: "Our nation honors the courage, sacrifice and devotion to duty and country of its Vietnam veterans. This memorial was built with private contributions from the American people. November 11, 1982."

If you like to learn more about the Wall, the Vietnam Veterans Memorial Fund --- the organization that took Jan Scruggs' idea and ran with it and continues to be instrumental in the Wall's care, maintenance and updating --- maintains a very informative web site here.

If you go there, be sure to take a look at the virtual Wall of Faces, an ongoing effort to connect faces with all of those thousands of names.
Posted by Frank D. Myers at 6:58 AM