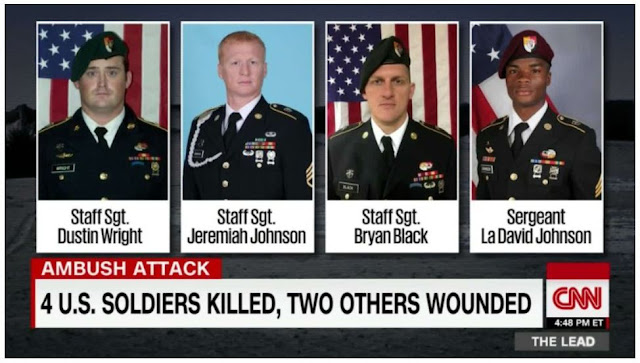 In case you've forgotten, these four U.S. troops were killed in an Oct. 4 ambush in Niger.

That fact's almost been obscured by a grotesque controversy about the nature of our incumbent president's contact with their families, specifically the widow of  Sgt. La David Johnson.

The controversy seems to have erupted almost entirely because of the president's inability to handle any unscripted situation without sticking both feet in his mouth.

I was reminded of the June 27,1969, edition of Life magazine, an edition that included photographs of 242 U.S. troops whose deaths in Vietnam had been reported during the period May 28-June 3. 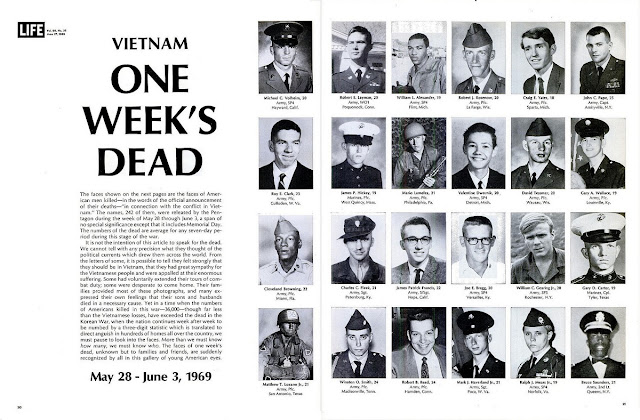 These published faces are thought to have had a major influence on the accelerating anti-war movement in the United States.

The sheer volume of death, the nature of the times and the inclinations of President Richard Nixon precluded any effort by a commander in chief to interact in person with the families of the dead back then.

The current commander in chief has no such excuse.

But whatever happens, we shouldn't lose sight of those who died. The fact that they were harm's way in the first place is our collective responsibility.