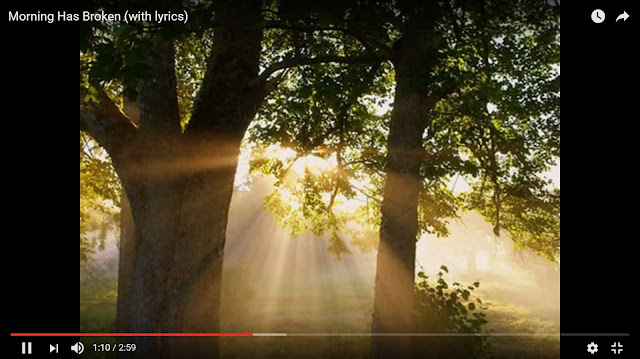 "Morning has broken," No. 8 in The Hymnal 1982 (Episcopal), is one of those songs with origins frequently misunderstood, in large part because Cat Stevens (Ysuf Islam after 1977) popularized it for many.

But it was written about 1930 by Eleanor Farjeon, an English poet and children's author; set to a Gaelic tune that originated in the Scottish isles; and first published during 1931 in the second edition of "Songs of Praise," a hymnal developed by Anglicans for use in British schools.

Whatever the case, it's a lovely way to start a Sunday.

One of my favorites! Dianne