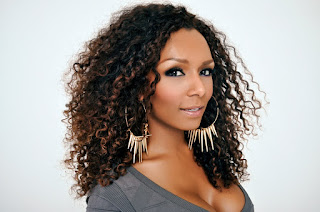 I've met maybe a dozen transgender people in the course of a fairly long life, but have been fortunate enough to share meals and visit at length with only three --- so far as I know. That's not many, but transgender women and men are rare, somewhere in the neighborhood of 700,000 in the United States by some guesstimates. No one really knows.

The photo here is of Janet Mock, a journalist and trans activist I admire --- not someone I've known.  She is 33, began transitioning while a high school freshman, underwent reassignment surgery at age 18 and came out in order to become an advocate for her people during 2011.

It would be presumptuous of me to share stories that are not my own, so I'm not going to do that. But if you ever have an opportunity to share time, conversation and perhaps a meal with a transgender person, jump at it. It will be, as some say, a blessing.

One of the better summaries of transgender issues, written from the perspective of someone working to understand, was shared the other day by a friend. It's entitled "Seven things I'm learning about transgender persons" and appeared on the web site of Baptist News Global, You can read it yourself by following the link.

Author is the Rev. Mark Wingfield, associate pastor of Wilshire Baptist Church in Dallas, Texas. Wilshire is affiliated with the Cooperative Baptist Fellowship --- a loose association of some 1,900 congregations, many formerly Southern Baptist, which range from moderate to progressive.

I'll not repeat Wingfield's points, but one take-away is a better understanding of the fact that transgender people are dealing with biological and/or genetic patterns that govern their gender identity. There is no "choice" involved in the basic wiring --- nor is there a "cure" --- only the impetus to live fully realized lives.

From any perspective, the current hysteria about restroom use --- fueled by manipulative preachers and politicians marketing their stock in trade, misinformation and disinformation --- is nonsense.

Transgender people always have and will continue to use the public restrooms appropriate to their gender identity, and no one will notice. To suggest that transgender men and women should --- or can --- be screened at a restroom door is absurd.

Attempts to associate transgender people with pedophilia are morally bankrupt. There are no known instances of a transgender person assaulting anyone in a restroom. Pedophiles tend to be males, a majority heterosexual, who prey for the most part on children within their circles of family, acquaintance or trust.

As more parents allow their transgender children to transition sooner, school officials working with parents are entirely capable in most instances of finding sensible and sensitive solutions to issues of restroom use.

It's also useful to remember that lesbian, gay and bisexual persons, the "LGB" in "LGBT," do not face many of the issues that transgender people, the "T," do. Our designations, L, G and B, refer to how our wiring relates to who we fall in love with, form intimate relationships with --- and desire --- but not to our gender. For transgender people, it's more complex.

We're willingly linked, however, because we all understand and have experienced the careless, quite often intentional, cruelty of a "straight" majority plagued by insecurity, fear, poisonous religion and politics.

That's one of the reasons why it was so refreshing to come across a preacher --- a Baptist one, no less --- working his way toward understanding.

I find it curious that I have not seen any evidence or instances of mistreatment of transgender individuals in the restrooms that correspond with their biological makeup. If this is a problem, I would imagine that the most logical course would be to remedy that discrimination or mistreatment legislatively, so those individuals could feel comfortable and be protected. Instead, by insisting that transgendered individuals use the restroom or locker room that corresponds with their "gender identity," it seems that the left is condoning this mistreatment/discrimination.

As a woman, I have no issue with any woman who shares a restroom/locker room with me, no matter what she wears or who she's attracted to. I would hope that I'm not the only one. I would hope that men would feel that way about other men as well.

Meanwhile, we women- who have legitimate safety concerns about any biological male being present in a vulnerable and isolated environment designated for women - are being told to sit down and shut up.

That doesn't sound very "Progressive" at all, doesn't it?