Eleven years: No new thing under the sun 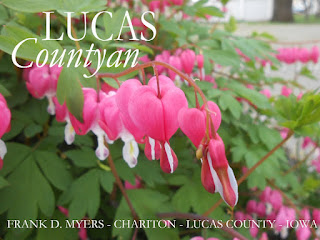 May 5, as nearly as I can figure it, was the 11th birthday of this blog called "Lucas Countyan." In blog years, that's a long time. I forgot all about it. But then I forget my birthday some years, too.

It started because I like to write --- mostly about history, sometimes about nature, occasionally about what we call "social" issues and a whole bunch of other stuff. In previous lives, I worked mostly as an editor. That limits opportunities to write.

Initially, posts were sporadic. Eventually, I started writing daily --- come what may. That's a form of self-discipline; nothing more.

The daily process generally starts between 4 a.m. and 5 a.m., depending upon when I rise; the goal is to post by 7 a.m. But if the topic is complicated, hours of research, photography, scanning, processing, etc., at other times are involved, too. Yes, I generally know what I'm going to write about when I begin although some of my favorite posts developed because I didn't.

Ask me what I do, as some do now and then, and I'll never say "retired." I write, thank you very much; with a time-consuming sideline as volunteer do-gooder.

I especially enjoy writing about outsiders, the obscure and the forgotten.

Religion is an interest, but not because I'm an orthodox believer in any sense of those words. The current obsession of the Christian right --- demonizing a tiny transgender minority --- fascinates me; one of these days, I'll write about it.

Not that interested in politics; always vote Democrat. But who could not be intrigued by the rise of a functionally amoral character like Donald Trump, an archetypical messianic strong man? Been a while since we've seen one of those up close and personal. Another topic.

Frank
Happy anniversary on eleven years from one who appreciates the fact that you do write. Reading your blog has become one of my daily morning rituals and the stories you share are wonderful. You and your blog are a bright spot while having my morning coffee. Pray this next year will be just as good to you.
norm

Oh how I admire your self discipline; maybe in my next life. My practice each morning is to read good writers and their biographies. Perhaps a memoir in your future?

Your skill with words leaves me in awe with each post you write, and I never miss one. Your research skills are amazing; you need to teach a class on historical research and how you go about it.

Congratulations on this anniversary of your blog. I'm looking forward to all future posts.

Happy anniversary! This blog is wonderful - thank you so much for writing!