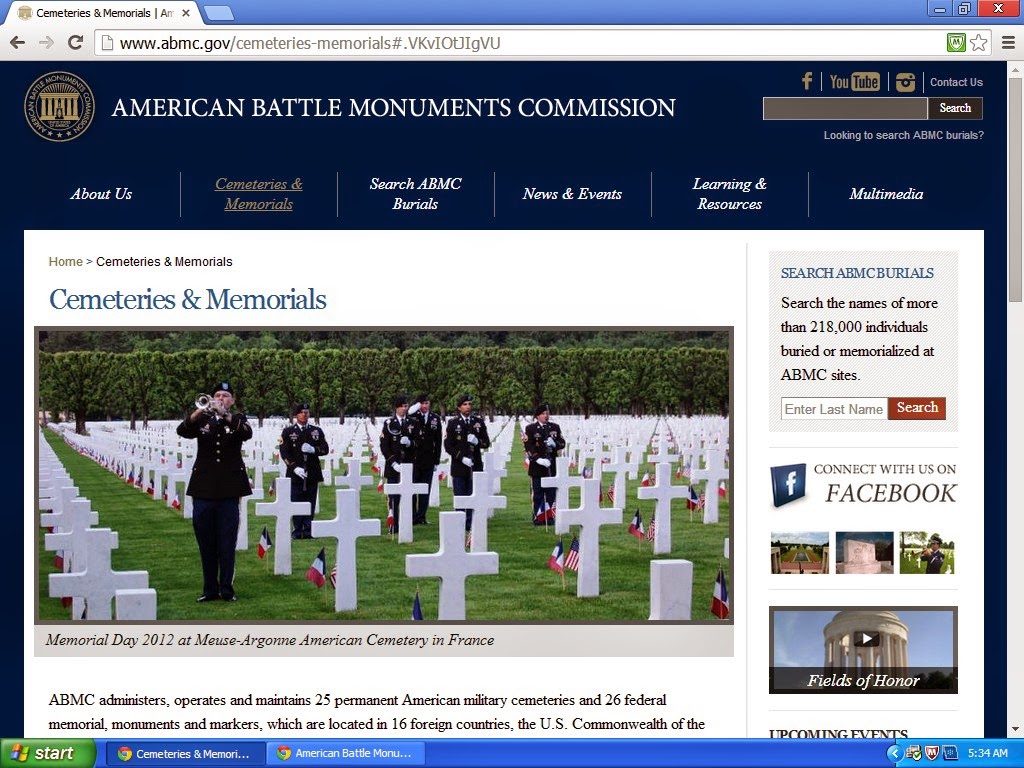 As snow was flying yesterday, I spent some time with the American Battle Monuments Commission Web site.

My Facebook feed kind of prompted this --- months ago I "liked" the Commission's page and since then, have gotten a daily commemoration of a U.S. soldier, Marine, sailor or other military type buried in one of the overseas American cemeteries maintained by the Commission.

The shared story that caught my eye yesterday was from the Meriden, Connecticut, Record Journal and commemorated Stanley B. Wheeler, of Meriden, killed in action Oct. 31, 1918, and buried in the Flanders Field American Cemetery, the only World War I-era American cemetery in Belguin.

The bonus information involved the adopt-a-grave program started at the cemetery during early 2014 to mark the 100th anniversary of the start of World War I. In the months since, all 368 graves in the relatively small cemetery have been adopted, principally by Belgians who live nearby.

Those who adopt graves are not expected to maintain them, but are expected to visit twice a year and bring flowers, research the person buried there and, if possible, reach out to American families and try to establish some sort of connection.

That I thought was interesting --- soldiers buried thousands of miles from home remembered more effectively and creatively, let's say, than those whose remains were repatriated and lie scattered in cemeteries in places like Lucas County, now largely forgotten.

The Commission, established in 1923, now administers, maintains and operates 25 American cemeteries on foreign soil that contain the remains of 125,000 Americans, most of whom died during World War I and World War II. There also are 26 separate memorials, monumnets and markers not directly associated with physical remains.

Not all are forgotten.