The $3 million "shack" on Shack Mountain 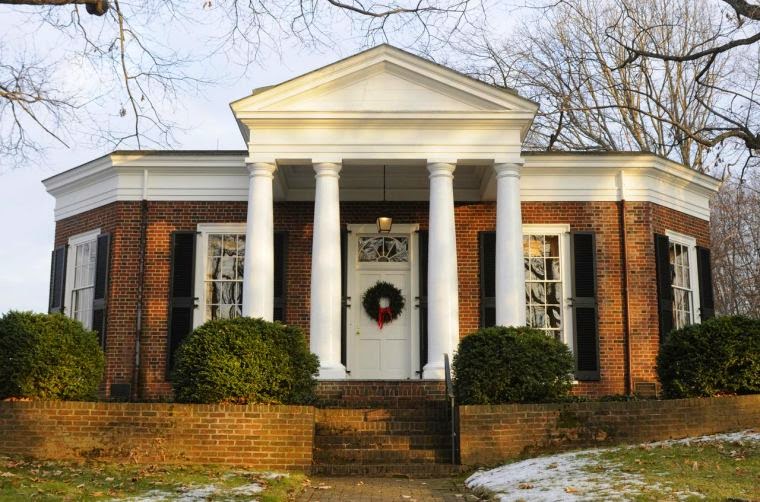 The only things that separated me from Shack Mountain --- a hero house of mine --- were distance (it's located on a hilltop near Charlottesville, Virginia, and I'm not) and money, lots and lots of money.

I came across a blog post over the weekend dated last September from Joseph T. Samuels Realtors noting its sale along with the 102-acre site after four years on the market. Originally priced at $4.4 million, the asking had been reduced to $3.25 million by mid-2012. 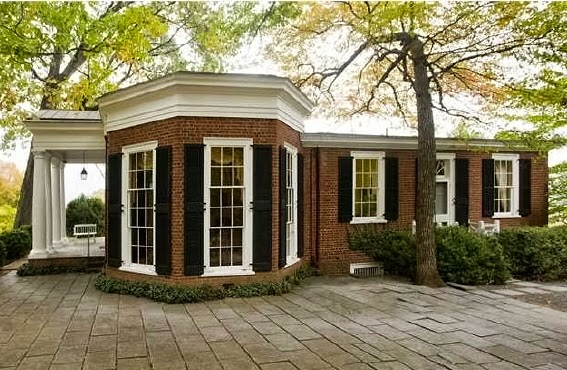 Shack Mountain is not a large house --- only two bedrooms, two baths, a small study, a kitchen and associated spaces behind two gracious reception rooms, one for living and the other for dining.

Nor is it especially old. Architect Fiske Kimball designed it during the mid-1930s in homage to Thomas Jefferson, whose work as an architect he championed. The result is so exceptional that Shack Mountain, like Jefferson's nearby Monticello, has been designated a National Historic Landmark.

"Shack" is a localism related to the Shackelford family, which once owned the hill upon which the house was built. Kimball wanted to call the house something more decorative, but finally bowed to tradition.

Kimball himself was a Massachusetts native, educated at Harvard, named in 1919 to head the newly formed department of art and architecture at the University of Virginia, founded by Jefferson in Charlottesville in 1819.

In 1924, Kimball was appointed chair of the Thomas Jefferson Memorial Foundation's Restoration Committee, a post he retained until his death during 1955. His wife, Marie was a Jefferson scholar and served as Monticello's first curator, from 1944 until 1955.

Their principal home was in Philadelphia, where Kimball had been named director of the Philadelphia Museum of Art in 1925, a position he filled for 30 years.

So Shack Mountain was conceived of in 1935-36 by the couple as a retreat and potential retirement home. The Kimballs reportedly spent the Christmas Season at the house every year and a few weeks in early summer.

Any retirement plans the Kimballs may have had did not develop, however. Marie Kimball died unexpectedly in early 1955 and Fiske, a few months later. Both are buried at Charlottesville.

Fiske Kimball left Shack Mountain to the Philadelphia Museum of Art and it has passed through very few hand since then, beautifully maintained and updated when necessary but scarcely changed.

The T-shaped plan is fronted by what appear to be distinctly Jeffersonian features --- a portico with columns of the Tuscan order and long triple-hung windows that allow sunlight to flood into the living room at left and the dining room on the right. The front entrance is a quirky surprise, a curved area that opens into the living room via a curved door.

Smaller private rooms to the rear of the two grand rooms are connected by a simple hallway, but the principal focus of the house is the view from it, most evident from its two grandest rooms.