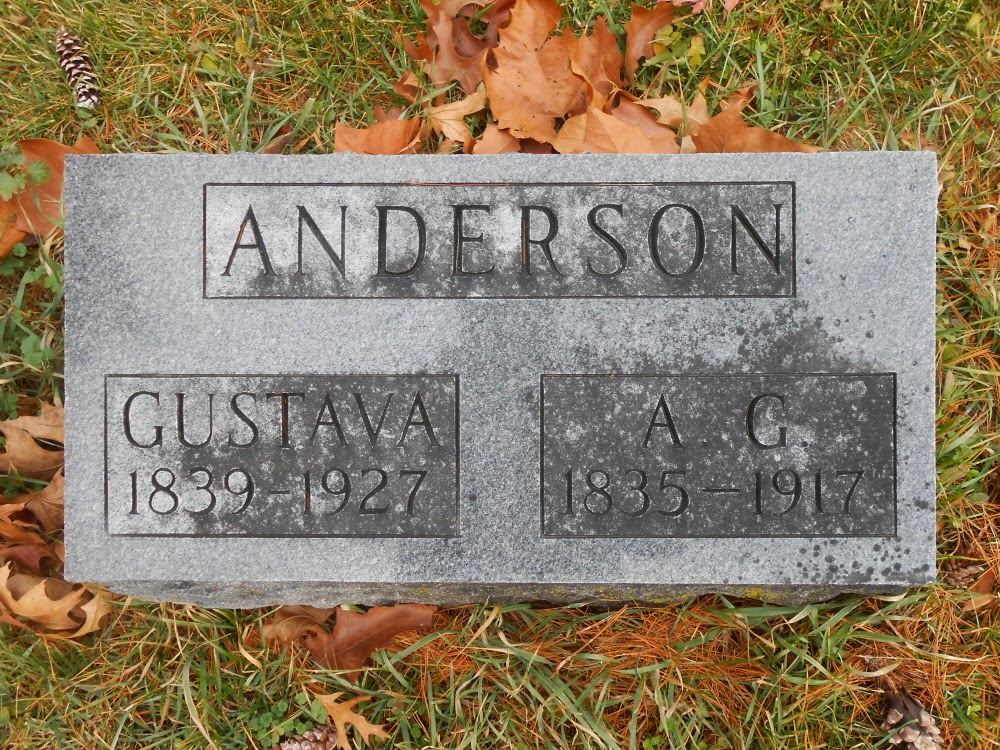 Back in late November, 1899, a "scribe" for The Chariton Herald was out in the neighborhood northwest of Chariton --- between here and Oakley --- selling subscriptions, going from farm to farm via horse and buggy, visiting with anyone he met along the way and hoping for invitations to share meals and to stay overnight. That was the way it worked back in those days.

The scribe did not identify himself, but did write about some of the people he interacted with --- and the result was published in The Herald of Dec. 7.

Among them was Anders Gustaf "A.G." Anderson, who told the scribe that he had been the first Swede to settle at Chariton and quite a bit more. It's a good yarn and I'm hoping A.G. was not stretching the truth here because it's always good no know who was first and Lucas County has had a substantial population of people of Swedish descent since the 1870s. Here's how his story was reported, illustrating some of the problems faced by immigrants to the United States whose first language is not English:

"Passing along, we came across A.G. Anderson, who by the way was the first Swede to enter Chariton, some 31 years ago. He certainly possessed a considerable amount of grit to come out here among strangers. At this time the C.B.&Q. railroad (then, Burlington & Missouri River, later C.B.&Q.) was being built through to Omaha. Being unable to find any of his countrymen, a conductor took pity on him and obtained him a job among some three hundred Irishmen on the road. The boss had considerable trouble with him and discharged him several times, hiring him over again, as it was impossible to make him understand the situation. He did not know how much a day he was to get nor when he was to get it. After a while he began to pick up English as he thought, only to find afterwards that it was Irish he had been learning."

The first trains had arrived in Chariton during July of 1867 and although hundreds of workers continued to build the line farther west, Lucas County would for practical purposes have been the end of the line when Anders (also known sometimes as Andrew, the anglicized version of his given name) arrived --- probably stepping off one of those early trains.

Anders was born April 4, 1835, at Kyrefalla, Skaraborgs Lan, Sweden, so would have been about 33 when he arrived in Chariton. He had married Gustava Andersdotter during October of 1859 in Sweden, but she remained behind initially and did not join Anders in Lucas County until 1870. They had 14 children, eight of whom died young --- most if not all in Sweden. When Gustava joined Anders at Chariton, she brought with her their only surviving child, Anna Sofia.

Anders and Gustava lived, and prospered, in Lucas County for the remainder of their lives where Anders worked as a cabinet maker and farmed.

They were among the earliest members of Chariton's Swedish Evangelical Lutheran Church, now First Lutheran, organized during November of 1869 and for quite a few years exclusively Swedish. Services were conducted exclusively that language until 1896, when English-language services on the last Sunday of every month were introduced (all Sunday evening services were conducted in English after 1915 and, by 1922 --- when the name was changed to First Evangelical Lutheran Church --- English had became the dominant language in the congregation).