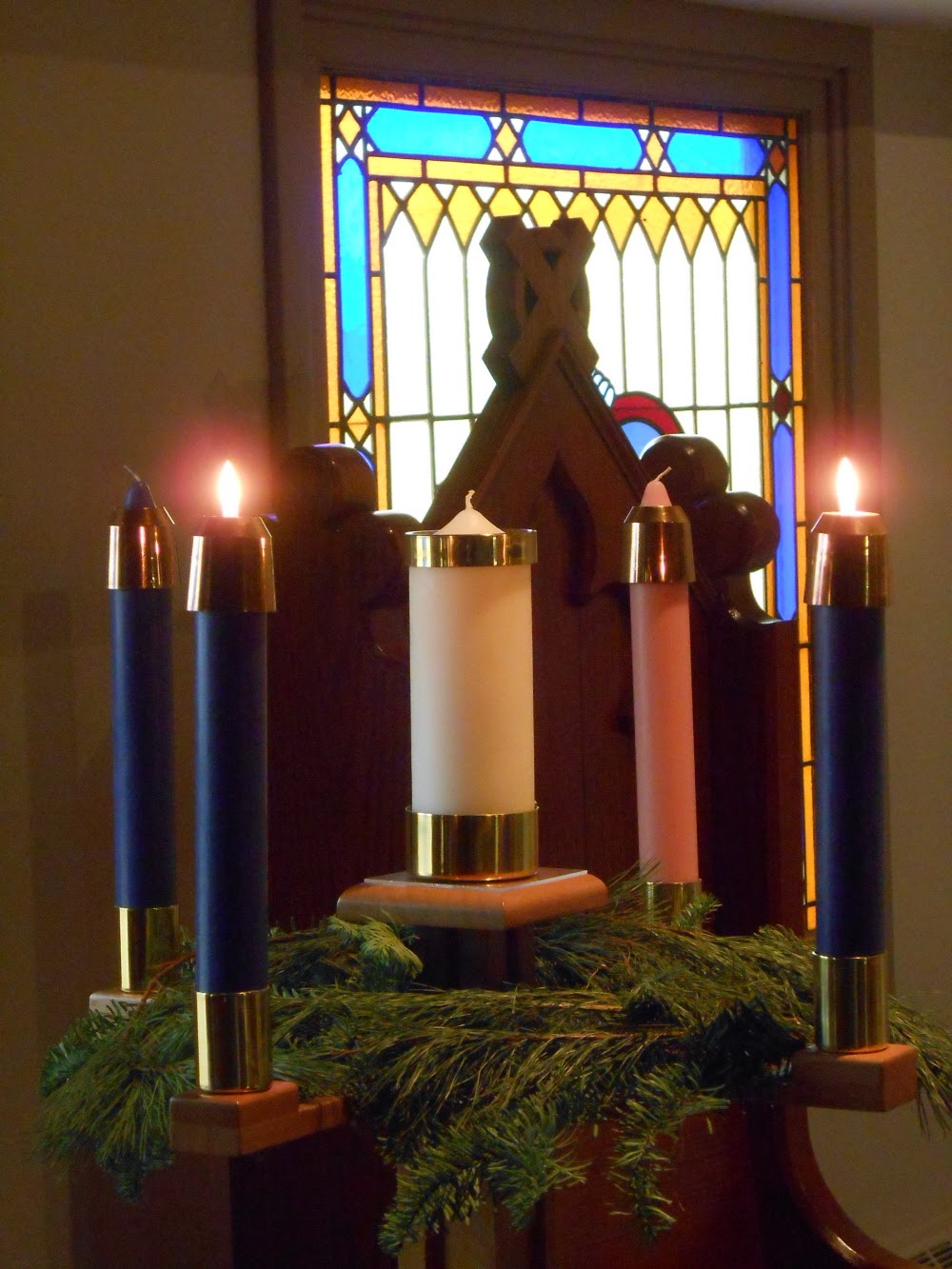 Here's a reminder for those in charge of lighting the Advent candles today --- it's the rose-colored one. And it's called Gaudete Sunday, "Gaudete" nothing more (or less) than Latin for "Rejoice!" --- the first word of the introit for today's Mass: "Gaudete in Domino semper" or "Rejoice in the Lord always."

If you wish to be liturgically literate, it's useful to know that the early church set Advent aside as a penitential season, sometimes called "little Lent," intended for reflection and perhaps a bit of penance in anticipation of Christmastide joy. Hence, the usual violet hangings, vestments (and Advent candles). Or blue, if you're Anglican or Lutheran and have adapted that aspect of the Sarum rite.

The readings and the hymns designated for the season are kind of somber, too.

But Gaudete Sunday, midway through the season more or less, was set aside as a joyful break. A time to let loose and shout "Rejoice!" as Christmas neared.

Here's a carol appropriate for the day --- some say it was composed in the 16th century, others argue that its origins are late medieval. Whatever the case, if you listen to it, in addition to knowing why it's called Gaudete Sunday --- you'll know how to pronounce it.