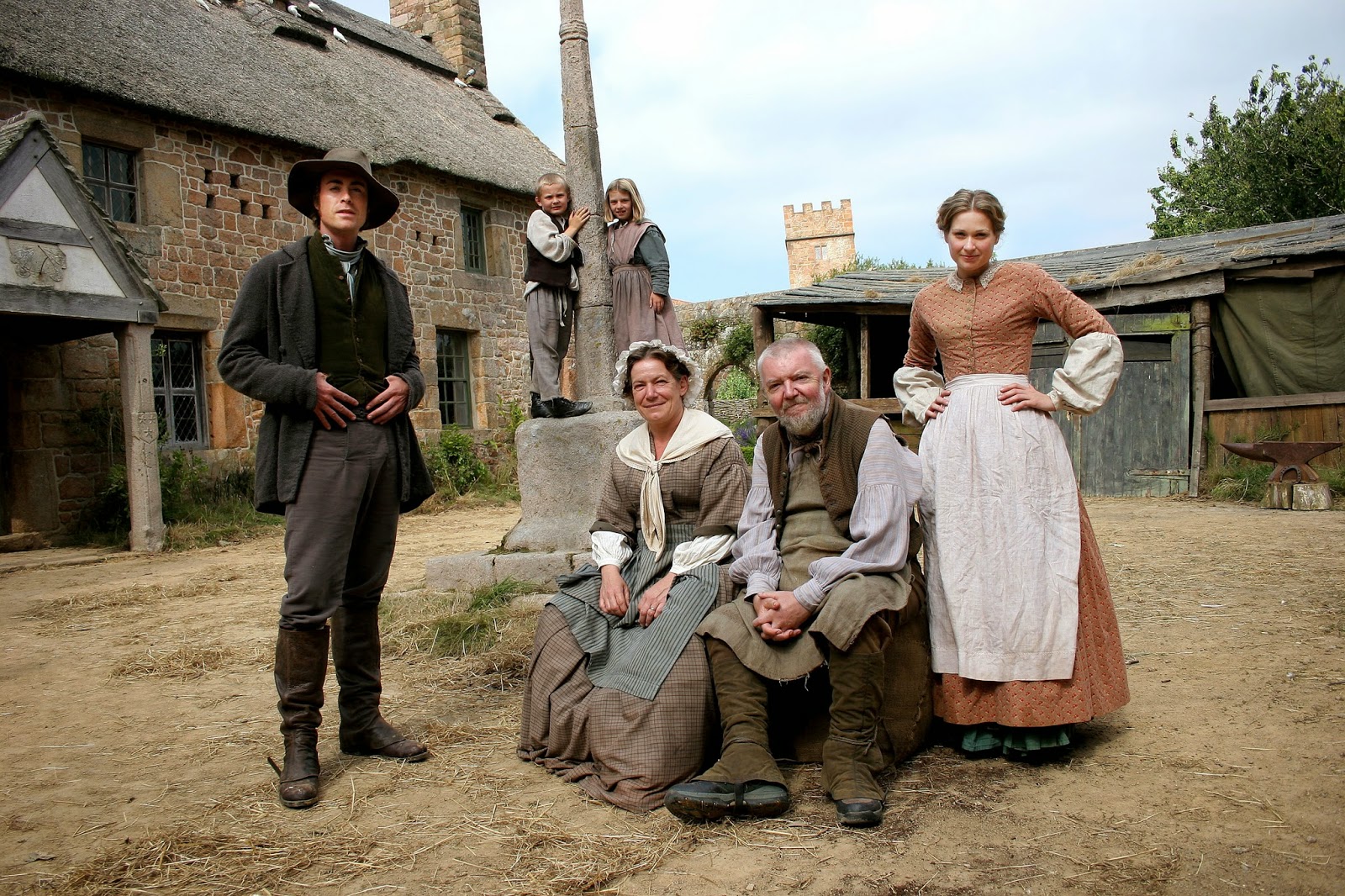 One thing leads to another, so I ended up watching again last evening the 2005 film adaption of Thomas Hardy's 1872 "Under the Greenwood Tree" --- the first of his Wessex novels --- primarily to hear two stanzas of Thomas Ravencroft's 1611 Advent carol, "Remember, O Thou Man."

As it happens, I like the film --- pleasant, sunny, good-mannered, lushly set --- but the trials and tribulations of the Mellstock Parish Quire intrigue me most.

The story opens on Christmas Eve as the men of the choir (it would have been unseemly for women to sing in public, let alone in a choir loft) and their instruments set out to carol through the streets of the village.

As it turns out, trouble in the form of a new vicar already has arrived. His goal during the novel will be to boot the choir from its loft and replace it with a new-fangled organ. Romance focuses on a choir member who falls for the new school teacher, also just arrived, who will be pursued, too, by both the dastardly vicar and a rich bachelor farmer.

We get to hear only two stanzas of Ravencroft's 10-stanza carol in the film, interrupted by the contents of a chamber pot, as follows:


Ravencroft (1588-1635) was a chorister, composer and compiler of British folk music and "Remember, O Thou Man" appears first in his 1611 "Melismata." It's not exactly clear whether he composed it, collected it or developed it through some combination of the above.

It is a rather somber carol, but I like the first stanza best --- in which a somewhat peevish god informs his audience that he's done all he can and it's time for "O thou Man" to repent:

Here's a complete performance by The Sixteen --- a UK-based choir and period instrument orchestra: