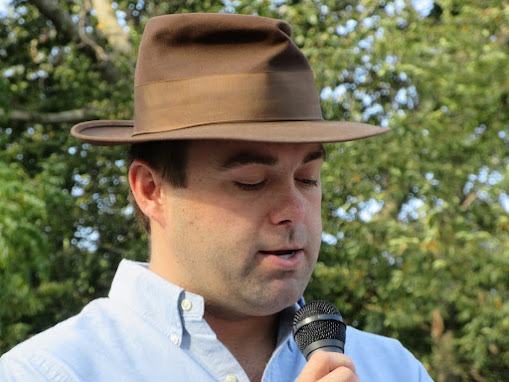 Blake Yocom portrayed Deming Jarves Thayer Sunday afternoon, second on a program entitled "The Lady in the Iron Fence and Her Neighborhood" during the 17th annual Chariton Cemetery Heritage Tour. Mary Finley (Alicia McGee), reinterred in the cemetery soon after it was established in 1864, was the lady in question. You'll find the script of her presentation here.

Deming moved into Mary's "neighborhood" permanently during 1898 and was left behind in 1920 when his widow, Jessie Mallory Thayer, had the remains of her father, Smith H. Mallory, disinterred from an adjoining plot and removed to Florida. The towering family tombstone on the lot was dismantled and shipped to Florida, too, where it stands today in Orlando's Greenwood Cemetery.

Here's the text of Deming's presentation: 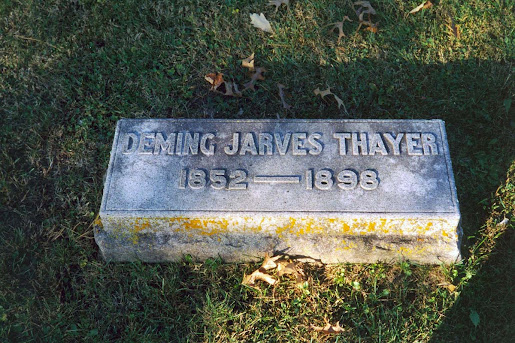