But does Pete Buttigieg walk on water, too? 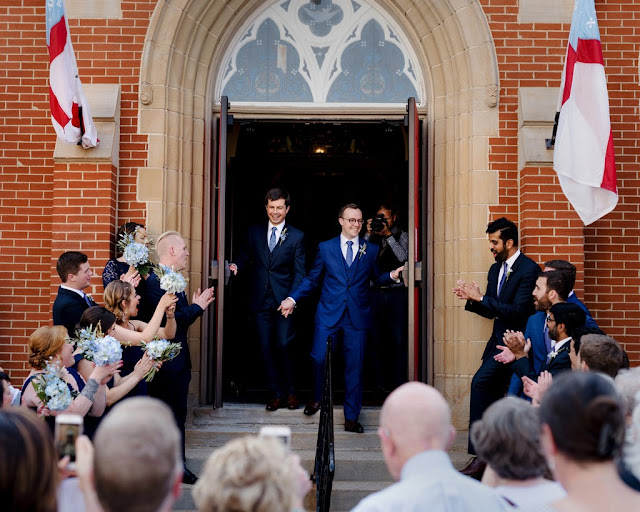 Trolling Twitter the other day, I came across a shared tongue-in-cheek story about Pete Buttigieg, mayor of South Bend, Indiana, currently gaining traction in the market for a new American messiah, aka commander in chief, or president.

Don't remember the details, but it paralleled the true stories about Buttigieg that have been circulating recently, stories that illustrate the gentleman's intelligence, charm, accomplishments and potential. But it took these a satirical step farther --- Mayor Pete walks on water, or something of the sort.

Everyone needs to be careful with this messiah business.

Barack Obama's campaign, for example, took off in a similar vein and while he was a fine president, he wasn't the messiah. The incumbent, who probably will go down in history as the sorriest excuse for a president that the U.S. ever has launched, continues to hold Republicans/evangelical Christians in a bizarre messianic thrall. He's not the messiah either.

Truth is, there's no such thing as a political messiah, no one who we can elect and then sit back and watch as he or she mends the torn fabric of our society, enacts the legislation we favor, elevate those we consider insufficiently franchised and marginalize those we view as the enemy. That's too much to expect; a concept best left in the fantasy land of religion. Doing any or all of these things requires an engaged electorate combined with competent leadership.

In the interests of fair disclosure, however, Buttigieg remains my favorite contender right now --- even though that partiality flies in the face of feminist instincts that otherwise would make Elizabeth Warren or Kamala Harris favorites. Sorry, but Sanders and Biden are too old and Beto O'Rourke reminds me of a jackrabbit. Haven't thought much yet about Kirsten Gillibrand.

I even went so far as to watch (again) the June 16, 2018, Buttigieg-Glezman wedding at the Episcopal Cathedral Church of St. James in South Bend, a lovely ceremony first viewed soon after it occurred (I'm a sucker for same-sex marriage ceremonies and this was a lovely, simple one --- or as simple as a wedding in a cathedral with the bishop as officiant can get).

The next thing to watch for is the full poisonous flowering of homophobia that I'm sure the Republican/evangelical Christian political machine will move to the front burner as more and more people begin to take Buttigieg seriously as a contender.

How well that strategy works --- and how Buttigieg reacts to it --- will be worth watching as the 2020 general election approaches.

The top considerations for a presidential candidate are whether they are qualified, whether they promote the policies you favor, and whether enough people vote for them.
You have to balance those aspects and not lose sight of any of them. Sadly, not enough people will vote for Mr B regardless of how good a president he might be.
Harris is too far left to pick up disenchanted former Trump supporters.
We need a very moderate, qualified, and electable Dem.
Bill