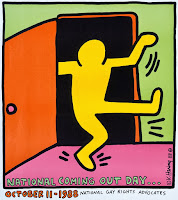 A story from Texas caught my eye over the weekend --- 52 members of Coro Gay Ciudad de México (the Gay Men's Chorus of Mexico City) detained by U.S. Homeland Security storm troopers at William P. Hobby Airport in Houston on Sunday.

En route to California for a 40th anniversary concert with the Gay Men Chorus of Los Angeles, the amateur vocalists all carried tourist visas, their expenses (including transportation) underwritten by Southwest Airlines, the Los Angeles chorus and other sponsors. Initially, one chorus member --- a University professor --- was questioned because he had the same name as a crime suspect, then sheet music found in the luggage of chorus members convinced security officers --- or so Homeland Security said --- that the men were professional musicians traveling on tourist visas --- and threats were made to deport them. Telephone conversations with officials in Los Angeles eventually clarified the men's status and they were allowed to continue.

Welcome to the United States in these early days of the budding neo-fascist Trump regime. 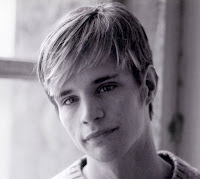 Today, Oct. 11, is the 30th anniversary of National Coming Out Day, an observance founded on the conviction that the basic form of gay activism is coming out to family, friends and colleagues and living openly as gay, lesbian and transgender people. That's the traditional logo above, artwork by the late Keith Haring, who died during 1990 of AIDS-related complications.

Tomorrow, Oct. 12, is the 20th anniversary of the death of Matthew Shepard (left), beaten, tortured and left to die near Laramie, Wyoming, Oct. 6, 1998, because he was gay. That young man would have been 42 come December --- had he survived.

October, in general, also is LGBTQ History Month --- observed since 1994, intended to include both National Coming Out Day and to mark the anniversary of the first march on Washington by gay people on Oct. 14, 1979.

All are parts of a larger strategy that has proved to be generally effective for gay people in the face of formidable opposition from Christian zealots and the political party now allied more closely than ever with them.

One of the interesting things about the incident on Sunday in Houston is the fact those 52 men were targeted because their skin was brown --- not overtly at least because they were gay. Is that progress? Not exactly.

One of the interesting products of life under the current regime is the increasingly clear view of the poisonous cauldron of hate and intolerance that bubbles just beneath the surface of what we now call evangelical Christianity and its political wing, the Republican party.

Racism, homophobia, anti-semitism and patriarchalism all are part of that toxic mix.

October --- and especially the early days of November --- are good times to remember that.