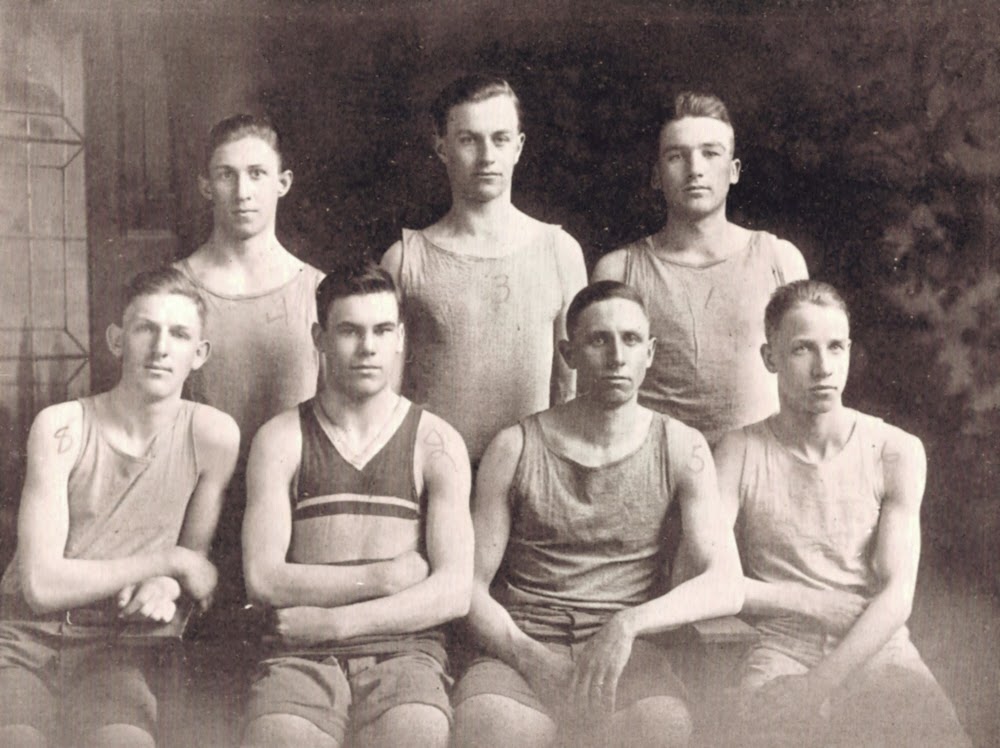 In honor of the occasion, Kathleen and I checked the old Chariton yearbooks at the historical society this morning for a photo of the first Chariton High School mens basketball team, and here it is --- from the 1918 annual. Girls teams had been playing for some years prior.

The names of the players are given, but not in any order, so you're on your own so far as figuring out who was whom. Those in the photograph are seven of the following eight: Glen Burgett, guard; George Noble, guard; Jay Poucher, forward; Joe Weresh, forward; Lee Threlkeld, guard, Everett Kumm, guard; Vern Webb, forward; and John Barnett, center. The name of the coach wasn't given. And one of the players missed the appointment with the photographer.

But here's the printed description of the 1917-1918 season: "This was the first year for the boys' basketball in high school. The boys were all inexperienced and though they had a good coach were not able to play as well as the teams against whom we played, who had had previous experience. In some of the games however they made a wonderful showing considering the time they had been playing. Nest year with this experience they should be able to show some of the opponents how to play basketball."