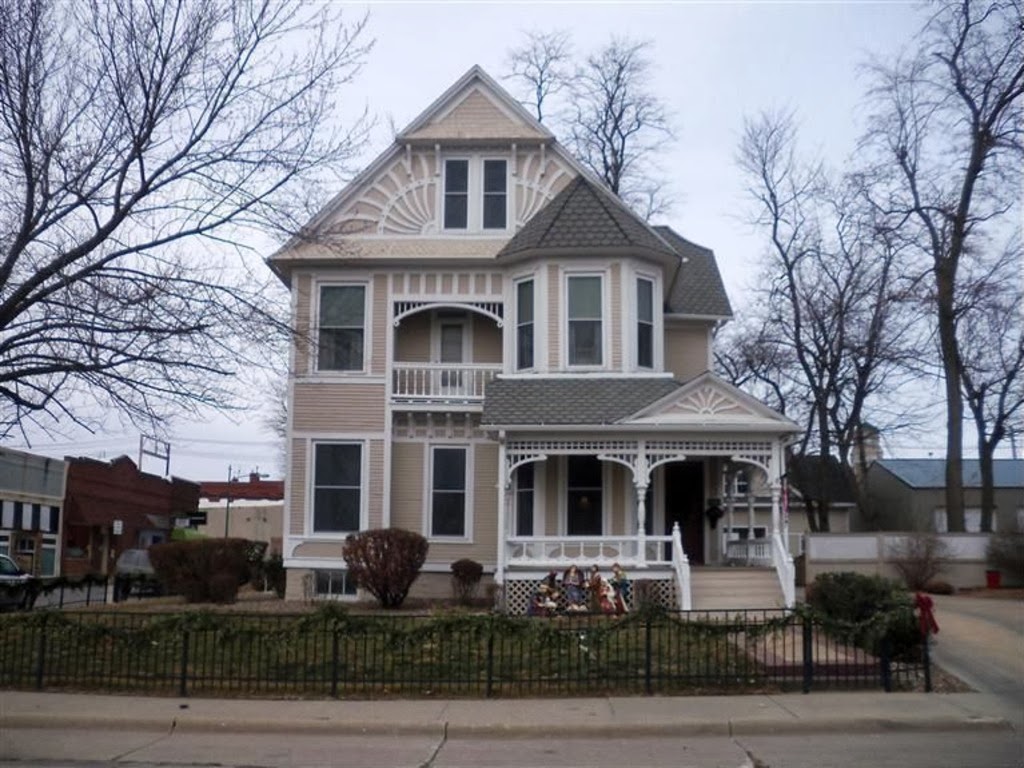 Every time one of Centerville's interesting old houses comes on the market I'm reminded of how much Appanoose County (and those interested in it) owe the late Bill Heusinkveld, who spent his retirement compiling a series of small books related to everything from ghost towns to --- interesting old houses.

His 2004 "Historic Homes of Centerville, Iowa" identifies this gingerbread-laden home at 111 West Maple Avenue as the Bartholomew Fenton house, built in 1885. It currently is listed by Ocker Realty for $260,000.

The style is Eastlake, sometimes called Stick Victorian, a residential building sytle popular between the Carpenter Gothic, Italianate and Second Empire eras and the later Queen Anne period, which commenced in the 1890s and during which so many of Iowa's grand old homes were built. According to Heusinkveld, this is Centerville's only remaining Eastlake. It is listed on the National Register of Historic Places.

This also is a house that nearly everyone who visits Centerville, or passes through on an east-west trajectory, passes --- and hopefully notices. It is located a block south of the southwest corner of Centerville's double-sized town square, facing West Maple Avenue, also Highway 2. First Presbyterian Church is just to the east and the Appanoose County Historical Society Museum (formerly Centerville's post office), to the southeast. A small office building is located immediately across Maple from the house.

It was built in a pedestrian era, when many grand old houses were constructed purposely within easy walking distance of Iowa's town squares, and the lot is huge --- more than a quarter of the block. The north third of the block consists of commercial buildings facing the square. First Presbyterian  and the Fenton House are the only other major buildings on the south two-thirds of the block.

There still is a carriage house, now containing a double garage and a one-bedroom apartment. Once, according to Heusinkveld, there was a large barn, too.

According to Heusinkveld, the house was built by Bartholomew Fenton, who arrived in Centerville with his mother, Jane, during 1855. He married another Jane and they built the house. It remained the family home for generations.

Bartholomew Fenton's widow, Jane, lived in the house into the 1920s. Her grandson, Albert B. Fenton and his wife Edwyna (Payton) Fenton, eventually moved into the house and Edwyna lived there into the 1990s, treasuring the house and the antiques it was filled with, attending First Presbyterian and for many years writing a weekly gossip column for the Daily Iowegian, called "Chits and Chatters." 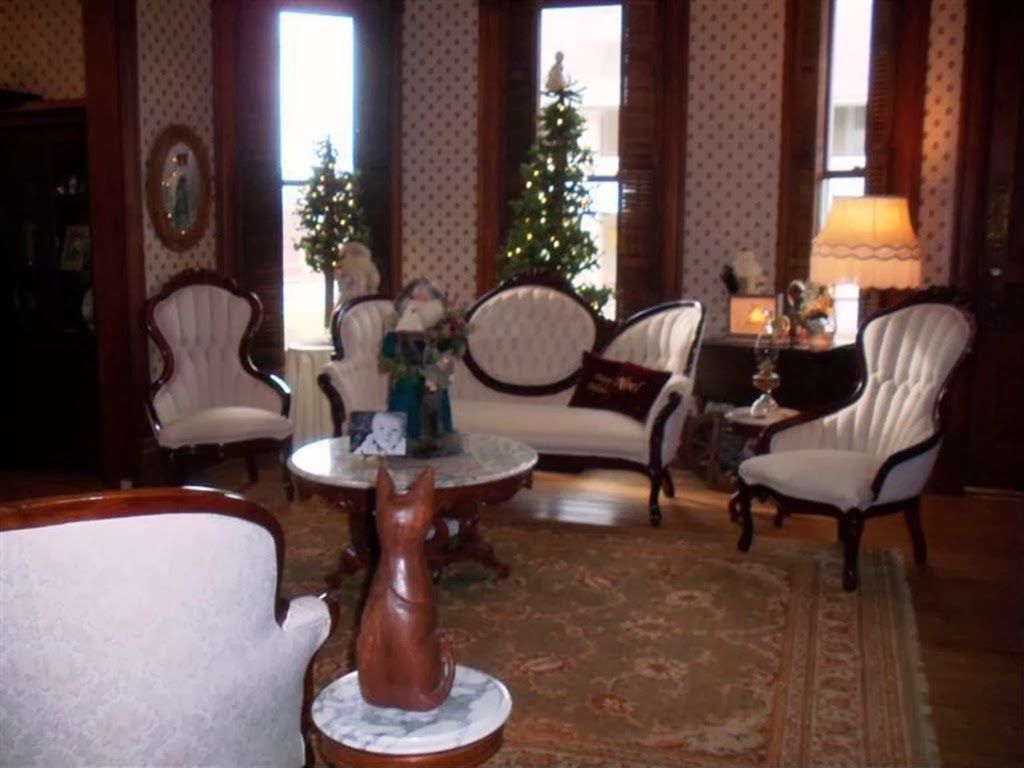 According to Heusinkveld, the house contains 12 rooms, plus unfinished attic and basement and features cherry, oak and walnut woodwork, original fireplaces, original interior shutters and original pocket doors. Some of these features are visible in photographs that accompany the listing.

The floor plan twists and turns in interesting ways and features, on the main floor, four big rooms in the principal multistory block --- two parlors, a dining room and very large stair hall/reception room --- plus another sitting room/study and the kitchen in a one-story wing at the rear.

Following Edwyna Fenton's 1994 death, the house was acquired, restored and refurbished by Centerville's major patron, Morgan Cline, then sold to the current owners.

If you follow the link above to the Realtor listing, you'll also find a virtual tour. My computer didn't react well to the tour format, however, and considerable patience was required while it downloaded. Maybe you'll have better luck. There are a variety of other interior and exterior photos at the Realtor site, too.

Thanks for this tour, Frank. I have often wondered how the interior looked.

Loved seeming the inside also. I have past this beautiful home so many times. My MIL used to work with Edwyna. She told me it was beautiful.