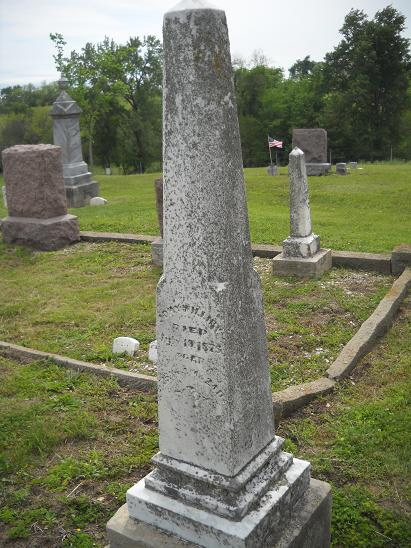 John Williby shares a tombstone with his wife Leticia in Brownlee Cemetery, English Township. This photo and the photo below, showing the inscription of Leticia, were taken by Doris Christensen for the Find A Grave Web site.

This is the tenth in a series of biographical sketches and articles written or edited by Thomas M. Dunshee between 1903, when he began collecting the material, and 1910, when he finished entering the sketches in a small blue "tablet" notebook now in the Lucas County Historical Society collection. The subjects all were fellow pioneers in the Newbern neighborhood of English Township, Lucas County. This is the shortest, and most incomplete, of the Dunshee biographies.

John Williby was born in Allegheny County, Pennsylvania, in the year 1800 (Feb. 25). In 1827, he was married to Lettitia (or Leticia) Kneely, a native of the same state and county. There were born to them nine children, five boys and four girls: James, John P., Geo. A., Wm. P., Robert B., Mary Jane, Priscilla, Phila Ann and Elizabeth.

John Williby emigrated to Jefferson Couny, Iowa, in 1853. The next year, in March 1854, he came to Lucas County and settled on land in the southwest (quarter) of the southwest (quarter) of Secion 16 of English Township. Here he lived for twenty-one years and died July 19th, 1875, at the age of 75 years, on the farm that they had settled on. There was thirty acres broke out and a log cabin with a big fireplace built out of rock. This house was one of the old landmarks. It stood east of the Newbern road two or three hundred yards. Mr. and Mrs. Williby were well and favorable known to the early settlers of the township. Mrs Williby died (Dec. 27, 1883; born Dec. 17, 1806). 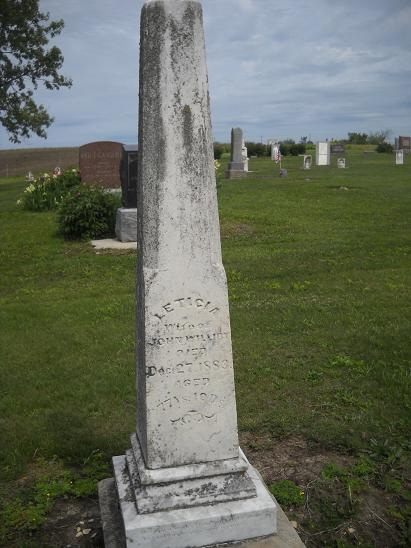