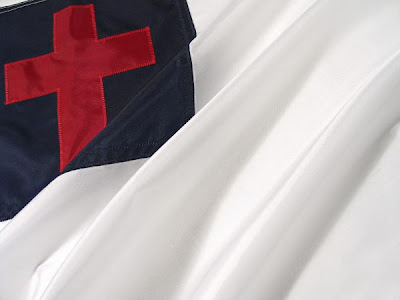 Hot damn I’m sure glad some days I’m an Episcopalian --- and not a Christian.
Now don’t get your feathers ruffled or your hopes up. This doesn’t mean the tenets of my faith or those of The Episcopal Church have changed (see the Nicene Creed for details). Just that one of my new year resolutions was to turn the designation “Christian” over to the toxic-Bible crowd and move on.
OK. OK. That’s a slight exaggeration.
But the approach almost seems logical when you start following the trails leading to and from Iowa’s new The Family Leader, a Christian hate group umbrella for older Christian hate groups, including the Iowa Family Policy Center (IFPC).
Bob Vander Plaats, self designated holy warrior, heads up The Family Leader with lieutenants Chuck Hurley and Danny Carroll, of the IFPC. The gay media have an irritating habit of referring to these guys as wingnuts, which is unfortunate. They’re not. They’re poison wrapped in a gooey Christian frosting laced with strychnine and should not be trivialized.
Also sheltered under The Family Leader umbrella is the Iowa Family PAC which, according to its Web site, “exists to elect pro-family lawmakers.” Pro-family, of course, is Christian shorthand for hater. Iowans for Freedom, devoted to stopping “judicial tyranny,” defending marriage and protecting freedom, is there, too, as is Let Us Vote Iowa --- on a constitutional amendment banning same-sex marriage of course. And Marriage Matters, a program allegedly fostering sound (heterosexual) marriages that got its skirts scorched last year when it became evident $3 million in federal funding had been sunk into it before it was decided, whoops, to withdraw sticky fingers from the public till.
It’s not clear who is funding all of this, but many guess it is for the most part not Iowans. Whatever the case, it’s a fascinating pile of manure --- draped in the Christian flag.
+++
As expected, Iowa’s proposed constitutional amendment banning same-sex marriage, a Family Leader favorite, cleared the House Judiciary Committee 13-8 Monday with one Democrat, good old Kurt Swaim of Bloomfield, joining 12 Republicans to push it forward. Debate in the House will be held later, but there never has been a doubt that it would pass in a House chamber controlled 60-40 by Republicans. It probably will founder in the Senate, controlled 26-24 by Democrats, but one never knows for sure about these things.
Should the amendment ever advance to voters in this form it carries substantial problems because, just to be mean, the Republicans stuck in provisions to forbid not only same-sex marriage but also any form of civil union or domestic partnership. That moves beyond a “traditional” definition of marriage (for some reason everyone keeps ignoring the fact polygamy is Bible-based, too) into more obvious discrimination that might be frowned upon by those darned activist judges.
The absolute tip-top best part of the amendment process involved a prayer meeting at the Capitol (for the amendment of course) sponsored by The Family Leader. “Several of us plan to bring a token of Christian love (like a small bag of cookies or other treats) to share with homosexual activists who we'll be encountering Monday,” a Family Leader newsletter reportedly read. “It's time we dispel lies about Christians, by tangibly showing love to people who struggle with homosexuality.”
You’ve gotta love em. It’s not homosexuality we struggle with, bud, it’s the damn Christians. You just couldn’t make stuff like this up.
+++
Beginning with the base point that gay marriage now is legal in five states --- Iowa, Massachusetts, Connecticut, Vermont and New Hampshire --- its turning into an interesting week legislatively.
A civil unions bill is currently under consideration in the Hawaii Legislature. A similar authorization bill passed both houses there last year but was vetoed by Republican Gov. Linda Lingle. If the current bill clears the Legislature this year, and the outlook is good, Lingle’s Democrat successor, Neil Abercrombie, says he’ll sign it into law.
And in Illinois, Gov. Pat Quinn is expected to sign Monday a bill authorizing civil unions that passed this legislative session.
Wyoming --- a state not dissimilar to Iowa and with a New Republican legislative majority --- is attempting to do something but it’s not clear exactly what yet. A bill to ban recognition of same-sex marriages performed elsewhere was sailing smoothly through when the Senate decided to introduce a constitutional amendment banning same-sex marriage outright (although unlike Iowa Repblicans leaving the door open to other civil arrangements). So it’s not clear what’s going to happen there.
And gay marriage authorization bills have chances of becoming law that range from fair shot to very good in Maryland, Rhode Island and New York. So it’s going to be an interesting legislative season from coast to coast and border to border.
And of course up in Canada, where gay marriage has been fully legal since 2005, our more civilized neighbors just look south with bemusement.
The most recent Iowa Poll indicated that roughly 42 percent of Iowans favor gay marriage --- a fairly amazing figure considering who we are and where we’re at.
I imagine that percentage will grow. And when everything settles down, as it probably will, the battered old church will have a new mission field --- among the disaffected who have turned away from it with indifference or in disgust during the holy wars that opened the 21st century.

+++
Also in the you’ve-gotta-love-those-Republicans category, here’s the GOP gun wish list as represented in a series of Legilsative bills, most introducted by Rep. Clel Baudler of Greenfield:
1. A measure that would allow Iowans to shoot to kill without penalty if they felt threatened. Currently, Iowans are expected to explore other options before blasting away unless the threat is clearly imminent and evident.
2. A measure that would remove the need for a permit to carry a concealed handgun.
3. A constitutional amendment that would enshrine the right to bear arms in the Iowa Constitution.
4. A measure that would forbid confiscation of firearms during states of public disorder or disaster emergency proclamations.
5. A measure that would prevent cities, counties and other entities from banning weapons from public property.
There seems to be wide GOP support for the first measure, but it’s unclear if all will buy into items 2-5.
Whatever the case, let’s vilify ‘em, lie about ‘em, then shoot ‘em, I say. Onward Christian soldiers!
Posted by Frank D. Myers at 6:39 AM