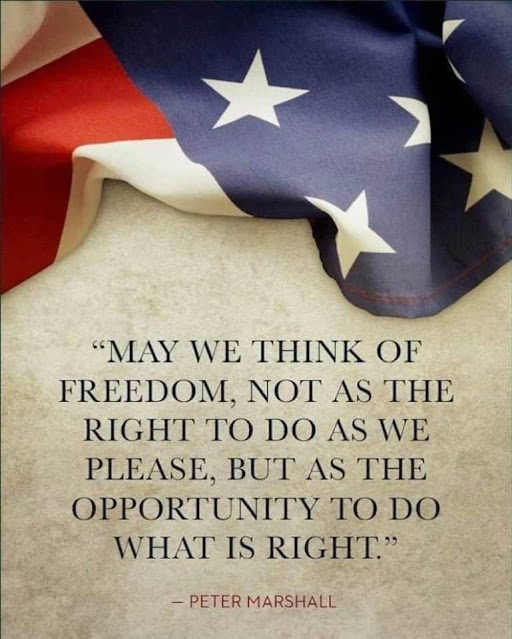 I hadn't planned to wave the flag today, but this turned up in one of my social media feeds, shared by a friend widely known for her affection for the U.S. flag. It's a commendable sentiment that I wish all would keep in mind when they display this symbol of the United States.

But who was Peter Marshall, to whom the quote is attributed?

Well, he was the Rev. Peter Marshall (1902-1949), a Scots-American preacher who was serving as pastor of New York Avenue Presbyterian Church in Washington, D.C., when he was appointed U.S. Senate chaplain in 1947, a position he held until his death from a heart attack.

His widow, Catherine, who became a widely known author, published a biography entitled "A Man Called Peter" after his death, later translated into a movie with the same title.

The quote reproduced here actually is a slightly streamlined version of something he said on at least three occasions, according to those who have explored its source. But the meaning on all three occasions is clearly expressed here.

So wave the flag if you like, but keep in mind if you do that it's not yours alone.