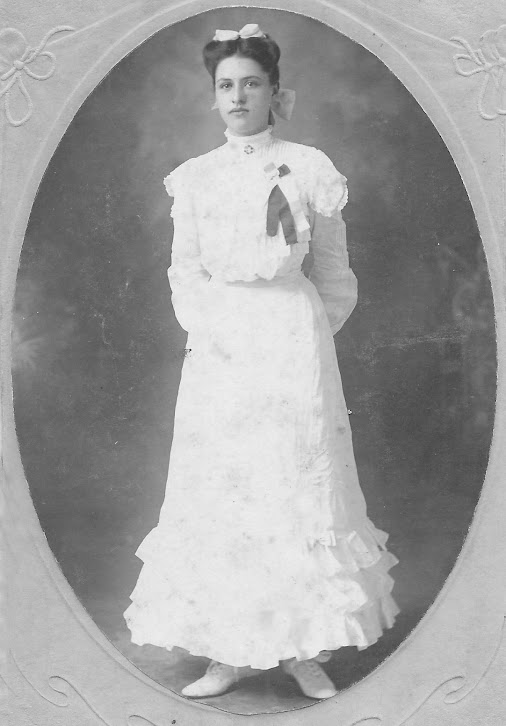 This seems like an appropriate morning to share a photograph of my great-aunt Easter --- Easter Miller Brenaman --- born on Easter morn (April 6), 1890, and given a name that would serve as a lifelong reminder.

I've often wondered how often during her long life she had to explain to causal acquaintances and pencil-pushing officialdom that the name was "Easter," not "Esther."

All of the Miller girls were photographed professionally when they turned 16, so this image dates from 1906.

Easter was among the children of Joseph Cyrus and Mary Elizabeth (Clair) Miller, born on the home farm now just west of Williamson Pond at the headwaters of English Creek in English Township, Lucas County. There was no pond when she was born and part of what became that reservoir actually was part of the farm.

Easter married Frank Brenaman during 1908 and they became the parents of four children, Willa, Wanda, Juanita and Merlon. The couple's retirement home occupied what now is a vacant lot on the south side of West Court Avenue, just across the street from Casey's. Their son, Merlon, built the newer house that still is there. They were devoted members of First Christian Church (Disciples of Christ).

Easter is seated on her mother's lap in this family photograph, taken later on during 1890. Uncle Clair Miller is leaning against his father's knee. The other children are (from left) Cynthia (Abrahamson), Emma (Taylor), Elizabeth (Mason), Adda (Dachenbach) and William Ambrose, my grandfather. Uncle Jeremiah would come along a year or two later. 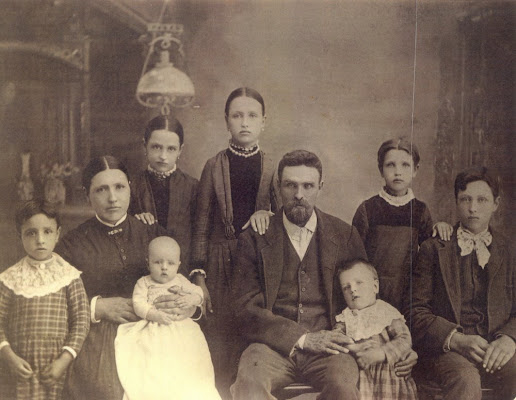