Open minds --- not an official position 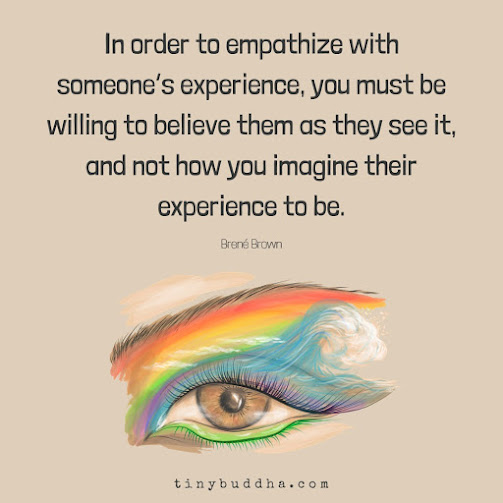 My social media search this morning for the meaning of life turned up this, attributed to Brene Brown, described in her Wikipedia entry (where else?) as "an American researcher story-teller, professor, lecturer, author, and podcast host." Brown holds the Huffington Foundation's Brené Brown Endowed Chair at the University of Houston's Graduate College of Social Work and is a visiting professor in management at McCombs School of Business at the University of Texas at Austin.
It seemed appropriate in light of the fact that HF802 is on the debate calendar for Iowa's Senate today.
HF802 is a legislative effort to control diversity training offered by Iowa's state, county and city entities as well as K-12 public schools and public universities by prohibiting the use (and free discussion) of "divisive concepts," including the following:
That the United States, and Iowa, are fundamentally or systemically racist or sexist; that an individual, by virtue of the individual’s race or sex, is inherently racist, sexist, or oppressive; that people should be made to feel discomfort, guilt, anguish, or any other form of psychological distress on account of their race or sex; that moral character is determined by race or sex. And so on.
Read carefully through the whirlwind of words included in this piece of legislation and a few things will turn up that nearly everyone can agree upon. But the overarching intent is to shield white fragility and to develop and impose an official line that dismisses any challenge to it. That's chilling.
The point of diversity training in Iowa and elsewhere is to better equip its citizens to understand and deal intelligently with the varieties of humanity they'll encounter --- black folks, brown folks, Asian folks, gay folks, transgender folks, women- and men-folk, even the white guy down the street still flying his Donald Trump flag.
It begins with empathy, as Ms. Brown suggests --- the willingness "to believe them as they see it, and not how you imagine (or would prefer) their experience to be." That's where progress begins. That requires unfettered exploration and open minds, not an official position.
Posted by Frank D. Myers at 7:12 AM