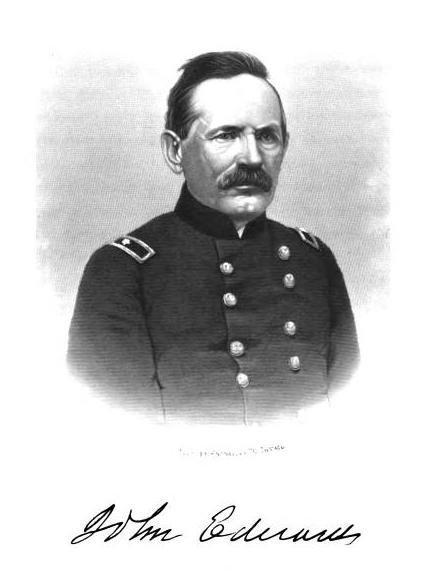 We Iowans congratulate ourselves now and then about the state's record when it comes to the equal treatment afforded citizens of color.

While it's true that, unlike Missouri, slavery always has been illegal here, it's also necessary to remember that our territorial and early state legislatures did their best to prevent black people from settling in Iowa in the first place and thereafter passed a variety of laws to restrict the rights of those who did.

An act of the 1838 territorial legislature, for example, required any black person entering the state to have a "certificate of freedom" and to post a $500 bond. Interracial marriages were prohibited by the 1840 legislature and the constitutional conventions of 1844 and 1846 rejected Negro suffrage and barred blacks from serving in the militia. In 1851, the legislature passed a law prohibiting outright the immigration of black people, although it never was enforced.

And when the time came in 1857 to design a new constitution, Negro suffrage probably was the most hotly debated issue. Chariton's John Edwards, an attorney who co-founded The Chariton Patriot during that year with Francis M. Fairbrother, was chair of the Committee on the Right of Suffrage which brought its recommended article before the constitutional convention for debate.

The author of an 1870 "Annals of Iowa" article about Col. Edwards (who went on to distinguished military service during the Civil War and was breveted brigadier when it ended) wrote, "There was perhaps no subject considered by the convention which elicited so much, and such angry, debate as that assigned to this committee; for it opened the whole question of African slavery from the establishment of the federal government to the middle of the present (19th) century.

"In all these debates, General Edwards was an eloquent participant, in favor of the most liberal and judicious measures which in that dark, though so recent, age could be projected to pave the way toward impartial suffrage, and in the course of one of his speeches making the following prediction, which has since been fully verified:

" 'I have hoped, and I hope yet, the day will come when the fetters shall be stricken from all this unfortunate race. Aye, and the day will come, as sure as there is a just God in heaven. And the unfortunate colored man who was stolen from his native land, and is now suffering under the yoke of oppression and bondage, will some day receive justice, and when that justice is meted out to him, heaven grant that this nation does not suffer.' "

Nobel and prophetic words, and while there's no reason to doubt his sincerity, politics then as now deflected those sentiments into compromise that was less than noble.

Edwards was an interesting character. Born during 1815 into an affluent Kentucky slave-owning family, he developed a strong aversion to the institution. As John told it, he accepted his father's gift of several hundred acres of Indiana land when he was 18 in order to live in a free state, then upon inheriting a family of slaves upon his father's death in 1840, took them to Indiana, freed them and provided sufficient funds to put them on their feet financially.

All of this may be true, but I did go to the trouble of looking up the will of his father, also John Edwards, written on Sept. 22, 1840, in Jefferson County, Kentucky, and entered into probate on Nov. 3 of that year. The 588 Indiana acres that John had received earlier were noted in the will, but if he inherited slaves it would have been as a residuary legatee. Only three slaves, household servants, were mentioned in the will and they went to John's siblings.

John prospered in Indiana, became an attorney and then, beset by gold fever, took off for California with three companions in 1849, leaving wife and children behind, where he remained three years --- until his wife became critically ill back home in Indiana and he returned. Soon after the death of his wife and a stint in the Indiana Legislature he packed up his children and, during 1853, moved to Chariton.

Despite John's noble words during debate about the suffrage clause of the 1857 Constitution, the clause adopted by the convention as a whole could hardly be described even as a compromise. It restricted suffrage to men who were free, white and 21. And John expressed himself as satisfied, suggesting that it was in line with the wishes of his constituents.

Rather than accepting the Suffrage committee's recommendation, however, dissenters forced assignment of the article to yet another committee. And out of that committee came the compromise. The constitution that went to Iowa voters during August of 1857 included the whites-only clause. But a separate measure proposing to strike the word "white" from the suffrage article also was submitted to voters.

Iowa voters narrowly approved the constitution (by a margin of 1,630 votes, 40,311 for and 38,681 against), but Negro suffrage was overwhelmingly defeated (8,207 for and 49,564 against). While a proposal to constitutionally prohibit Negro immigration had been tabled by the convention, the new constitution also permitted segregated schools and continued to exclude black men from the militia. The 1857 Legislature did however repeal an 1851 law that had prohibited black people from testifying in court.

It would not be until 1868, after the Civil War and fueled by changed attitudes on the part of many who had served in it, that a popular vote endorsed elimination of the world "white" from the suffrage article and other provisions of the Iowa constitution.

In that election, Lucas County ended up on the wrong side of history by three-tenths of a percentage point; only 49.7 percent of eligible voters were willing to extend rights to their black brothers.