Where oh where is Winifred Wilhite? 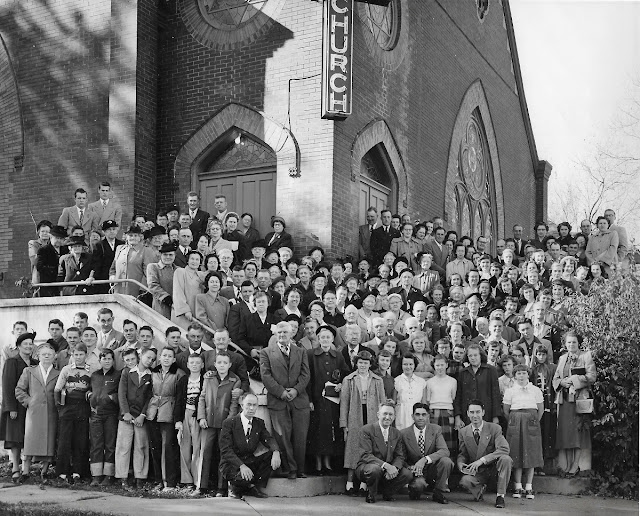 Or Bill Ashby, for that matter?

I have one more short dose of First Baptist Church history to administer, but decided to take a break this morning and share this photograph from the Lucas County Historical Society collection, reportedly taken during 1951 --- but I don't know what the occasion was.

It looks like the preacher said "OK, everyone outside and line up on the front steps" after services one Sunday morning --- and everyone followed instructions.

It's next to impossible to identify everyone in a photograph of this scale, but a list of some of the people in it (in no apparent order) accompanies the photograph.

So we can be reasonably sure that the following people are among those photographed; where they're at is another issue. If interested in playing along with this game, you can enlarge the photo to see faces more clearly by right clicking on it and opening in a new window.