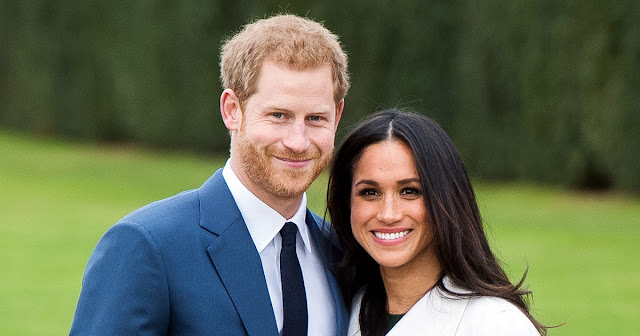 While apostasy can be fun, religious illiteracy is a terrible thing --- and there's more and more of that going around these days in the West as fewer and fewer bother to become affiliated with a particular sect. It was an interesting week for tempests in theological teapots, more entertaining to watch when armed with a little knowledge.

Here's the deal. For a vast majority of the the world's Christians, one is baptized --- and only once --- into the church universal (see the Nicene Creed for details). Membership in a particular sect comes along later, generally via the rite of confirmation. So one is not baptized into a particular expression of Christianity, including the Church of England. Headline writers, please note.

Markle apparently has never been baptized, even though her parents are nominally Christian, so in order to become a communicant of the Church of England (a wise move for someone marrying a royal) she must first be baptized into the church universal. Then, she can be confirmed in the Church of England after some basic instruction.

A majority of Christians acknowledge any baptism so long as the intent to baptize was present along with the elements of water (sprinkled, poured or presented for dunking in a stock tank) and the word, "in the name of the Father and of the Son and of the Holy Spirit." Baptism in a Baptist tank qualifies one for instruction and confirmation in the Catholic Church, should the baptisee choose to convert, for example. Even a non-believer may baptize in an emergency providing the intent to baptize and the required elements are present.

Of course nothing is simple when dealing with Christians. Eastern Rite (Orthodox) Christians have varying views on what constitutes a "real" baptism. And should a Catholic (or Episcopalian) decide to convert to Baptist or some among the other sects that practice baptism by immersion, most likely he or she would be required to be "rebaptized" by dunking before admission.

And then there was Pope Francis, who riled the water last week by suggesting on Italian television that some wording of the "Our Father" --- commonly called by Protestants "The Lord's Prayer" --- might be more accurately translated.

The line in the prayer under discussion reads, "lead us not into temptation, but deliver us from evil."

"It is not He (God) that pushes me into temptation and then sees how I fall," Francis said. "A father does not do this. A father quickly helps those who are provoked into Satan's temptation."

In might be more appropriate, Francis suggested, if a translation recently adopted by the French church for its liturgies --- "Do not let us enter into temptation" --- were adopted.

English-speaking Episcopalians, in typical fashion, already offer a remedy (along with the older phrasing as an alternative) with "Save us from the time of trial" in their Rite II liturgies.

Most likely the older phrasing will endure among both English-speaking Catholics and Protestants simply because most us have learned it by heart and aren't about to change.

It would be like asking Protestants to drop the doxology that ends the Lord's Prayer as given in the Gospel attributed to Matthew in the King James translation: "For thine is the kingdom, and the power, and the glory, for ever and ever. Amen."

Most scholars acknowledge that the KJV translators were working from a newer Greek text when that translation was made and that the doxological ending to the prayer is a later addition to earlier texts.

So in that sense, Catholics are far more fundamentalist that Protestants by ending the Our Father after "deliver us from evil."

Even though it can be disconcerting for a Protestant reciting the prayer among Catholics (and here and there in Anglican liturgies, too) to have to suddenly slam on the brakes after "evil," occasionally leaving skid marks.

And some theological background made it more interesting last week to watch the great rejoicing within our current president's Evangelical Christian base when he directed that the U.S. embassy in Israel be moved from Tel Aviv to Jerusalem.

Detailed Biblical prophecy is principally a byproduct of some American expressions of Christianity but not widely understood outside of those sects that embrace it.

In this instance, the rejoicing comes because many evangelicals see the existence of Israel, with Jerusalem as its capital, as a sure sign that Jesus is about to return, sweep all those who believe the right things (most notably, them) into the air and leave the rest of us down here, damned eternally.

Actually, it's a bit more complicated than that what with Armageddon and all, but you get the idea.

So the thought of Democrats, Catholics, Jews, gay folks, Buddhists, Hundus, Muslims, non-believers and many others writhing in eternal hellfire brightened last week for many Evangelical Christians. Warms the heart, doesn't it? You take your joy where you find it.