Who got bucked off by the mule? 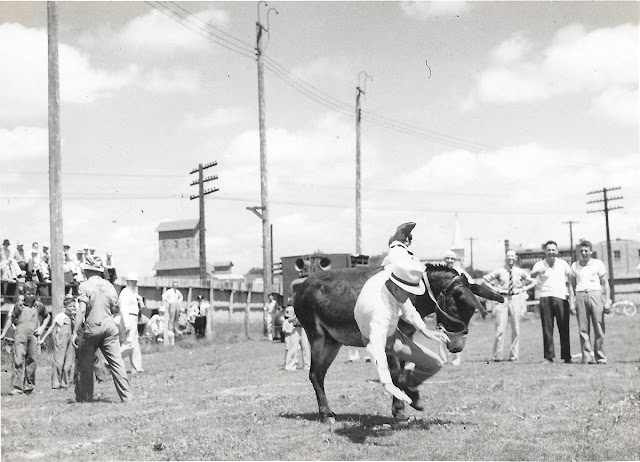 I'd be delighted to know the name of the gentleman whose brief flight, launched from the back of a mule, was captured by a Chariton photographer --- perhaps Lloyd Moore --- some time in the late 1940s or 1950s (I think).

The photo is from the Lucas County Historical Society collection, part of a group of photographs associated with the remarkable Mr. Moore but not identified specifically.

It looks to me like the photograph was taken at what now is Eikenberry Park. The old elevator is at left in the background and if you look carefully just to the right of the flying man's foot you can see the steeple of First United Methodist Church.

The occasion? Well, it's hard to tell. But Eikenberry Park was the performance site for many traveling shows and other entertainment events before first television and then other media turned our focus from people in person to people on screens.

Judging from the dress shoes and other parts of the flying man's costume, I'd say he's a business or professional type.