Reconciliation to the north, ethnic slurs to the south 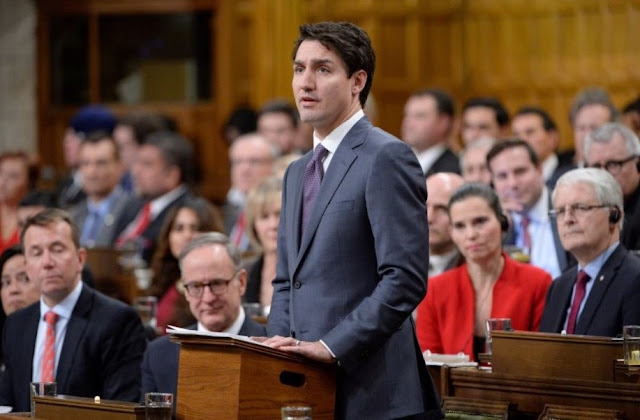 Canadian Prime Minister Justin Trudeau, speaking in the House of Commons at Ottawa yesterday, apologized on behalf of his nation for what The Globe and Mail called "decades of organized persecution" of LGBTQ people by their own government.

"At times wiping tears from his eyes," The Globe and Mail reported, "the Prime Minister told a sombre House of Commons: 'Over our history, laws and policies enacted by the government led to the legitimization of much more than inequality – they legitimized hatred and violence, and brought shame to those targeted. … It is with shame and sorrow and deep regret for the things we have done that I stand here today and say: We were wrong. We apologize. I am sorry. We are sorry.' "

I came home early in the afternoon just in time (inadvertently) to watch a live stream of the apology from Parliament Hill in Ottawa and couldn't help but contrast this multi-party gesture by our neighbors to the north with the behavior earlier in the week as the U.S. president interacted with representatives of another minority --- surviving code talkers from the Navajo Nation.

Iowans always should remember that there were Meskwaki code talker heroes, too, but none of these men remain alive. So those elderly gentlemen at the White House on Tuesday were representing a significant piece of our history, too.

It's hard to know exactly why, but whoever orchestrated the U.S. event staged it under a portrait of President Andrew Jackson, initiator of the Indian Removal Act of 1830 who, in defiance of a U.S. Supreme Court decision, forced the Cherokee people west on the "Trail Where They Cried."

The president then pulled out again and fired one of his favorite slurs against indigenous people, use of the name Pocahontas in relation to a sitting U.S. senator, Elizabeth Warren (D-Massachusetts), turning what might have been a moving and meaningful event into a petty display of his own ego.

It all seemed deliberate.

Canadian treatment of both its LGBTQ and indigenous minorities, historically, has been neither better nor worse that what they experienced in the United States.

The difference now is that Canadians are attempting to deal with these darker aspects of their collective past and set a new united course forward.

That certainly is not the case these days in the United States, where the government --- and its worldwide image --- is heavily influenced by toxic Christianity and gutless, craven politicians of the majority party and the sycophants who elect and follow them. 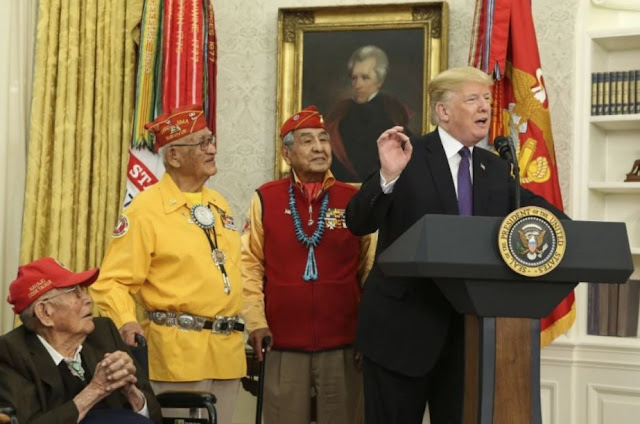