Moving on up with Kris Patrick 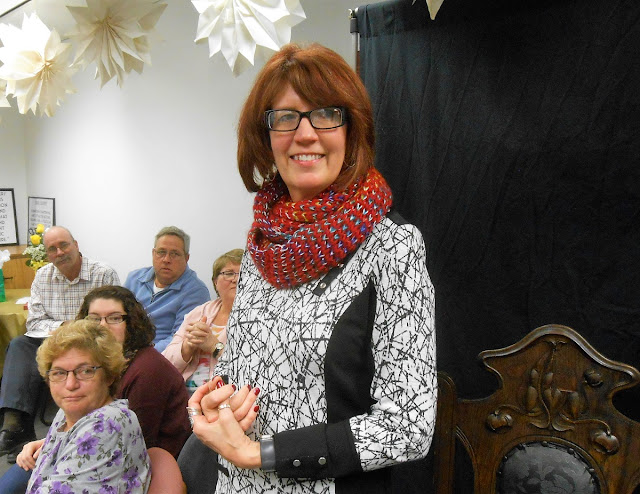 I've been thinking this morning of all that Kris Patrick has helped Chariton accomplish during the last five years --- and it wore me out. My goodness, what a record.

Friday, coinciding with DazzleFest, will be Kris's last day on the job as director of Chariton Area Chamber/Main Street. She was honored during a late afternoon reception Tuesday at the Chamber/Main Street offices on the east side of the square.

December 4 will be Kris's first day on the job as manager of the Fort Dodge Main Street program, a professional step up. And as soon as arrangements can be made, she and husband, Byron, will move to the Fort Dodge area.

Byron is a little concerned because Webster County is extremely flat. So they're looking for a place with hills --- and that may take a little time.

Kris has been involved with the Main Street program in Chariton since not long after a bunch of us got together during 2011 and started the complicated and competitive process of winning admission to it. Main Street America, nationally, is a program of the National Trust for Historic Preservation and, in Iowa, Main Street Iowa is an arm of the Iowa Department of Economic Development.

Historic preservation is at the heart of the program's goal to revitalize historic downtown districts in approximately 50 Iowa cities and coordinate Iowa efforts with those under way in 40 other states working through programs that serve approximately 1,200 cities, a majority of them smaller.

At the time Chariton Area Chamber/Main Street won admission to the program it was a fairly unique hybrid, combining the efforts of what traditionally had been distinct Chamber of Commerce and Main Street programs. Kris began as Main Street coordinator in Chariton, then moved up to direct the entire operation when health issues cause the joint organization's founding director, Shantel Dow, to give up the position.

During her years at the helm she successfully navigated --- in cooperation with the city of Chariton and other organizations and countless volunteers --- Chariton through the process of adding its historic downtown to the National Register of Historic Places, an extensive upper-level housing project and a monumental downtown facade improvement program.

She has worked hard to meet the needs of Chamber/Main Street business and professional members, coordinate the efforts of the volunteer divisions ranging from tourism through design to economic development that are the heart of the Main Street program, attended countless meetings, written grants, made sure the Chariton program met the exacting standards of Main Street Iowa and much more.

It's been an amazing run and all of us who have been involved with the program during the last five years hate to see her go, but such is life. We're not even that miffed at Main Street Iowa for facilitating the connection between Kris and another city that needed her expertise, too.

The search is under way for Kris's successor. In the meantime, Florence Heacock (at right below) and Katie Wilson will keep the operation running smoothly --- along with their volunteer base.

If you run into Kris before she heads on up to Fort Dodge, be sure to say "thanks." 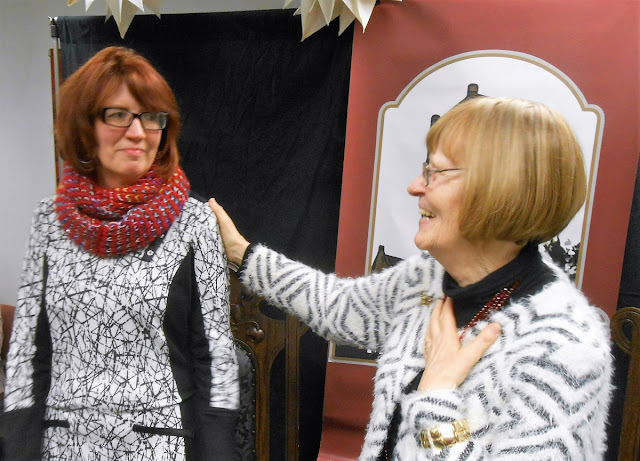