The young dead soldiers do not speak ... 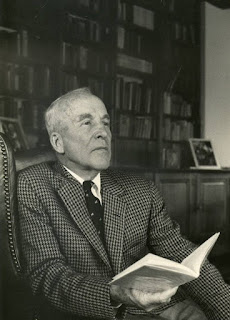 We've gotten a lot of mileage this fall, as a nation, out of our war dead: Remembrance sparked by Burns/Novick's The Vietnam War; conflation of black men kneeling in protest and disrespect; most recently, twists and turns of a presidential response to the latest dead, four young men ambushed in Niger.

Here's something by American poet and writer Archibald MacLeish (1892-1982), a World War I veteran writing during World War II, while he was serving as librarian of congress.

Many days, it seems as if we're not doing a very good job of speaking for those who cannot speak for themselves.

The young dead soldiers do not speak.


Nevertheless, they are heard in the still houses: who has not heard them?

They have a silence that speaks for them at night and when the clock counts.

They say: We were young. We have died. Remember us.

They say: We have done what we could but until it is finished it is not done.

They say: We have given our lives but until it is finished no one can know what our lives gave.

They say: Our deaths are not ours: they are yours, they will mean what you make them.

They say: Whether our lives and our deaths were for peace and a new hope or for nothing we cannot say: it is you who must say this.