First death, then the judgment ... 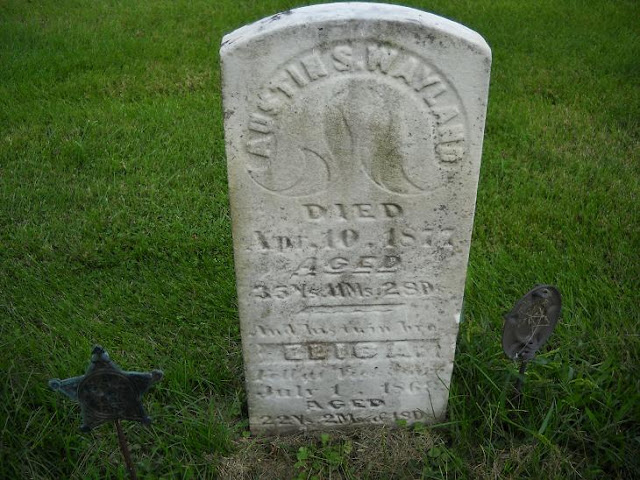 Editorial judgment, that is.

Nineteenth century newspaper editors generally acknowledged that divine judgment was beyond them, but felt fully qualified to asses the lives of their recently deceased readers and, in some cases, to comment editorially on the causes of their death.

Consider Austin Wayland, who passed to his final reward in Chariton on April 10, 1877, at the age of 35. Here's the brief notice of his passing that was published in The Chariton Leader of April 14:

"Aus Wayland, the well known painter of this city, died on Thursday, April 10th, after a long and protracted illness. He was one of the old residents of this county and in his younger days, twelve or fifteen years ago, he was a remarkably strong and active man. A passion for strong drink had been the curse of his life, and doubtless contributed largely to his death. He leaves an excellent wife and several small children to mourn his death."

Austin painted buildings and walls, by the way, not art work. Something similar most likely was published in The Patriot, too, but that edition did not survive.

When I went out to the cemetery earlier this week to look at Austin's tombstone again, I discovered that it had snapped off at the base and fallen forward onto the inscription. So I've borrowed Doris Christensen's photo from Find A Grave. (As of May 2019, the stone has been repaired, cleaned and now stands upright.)

You'll notice that Austin's inscription shares the stone with a memorial to his twin brother, Elijah (spelled Eliga), who was killed at age 22 at Vicksburg on July 1, 1863, while serving as a private in Company E, 34th Iowa Volunteer Infantry. One of Elijah's legs had been shot off by an enemy shell that day; he is buried among the unknowns at Vicksburg National Cemetery.

Austin and Elijah were twin sons of Joseph (1784-1851) Wayland and his second wife, Patsy Threlkeld. The twins were born on 13 April 1841 in Johnson County, Indiana. Following Joseph's death, Patsy brought her children west to Lucas County, Iowa, where many members of the extended Threlkeld family also settled.

Austin, like Elijah, enlisted for service as a private in Company E, 34th Iowa, but he returned home safely and on Jan. 17, 1864, married a cousin, Miranda Threlkeld, daughter of Washington and Lucinda Threlkeld. They had seven children, six of whom survived their father and ranged in age when Austin died from 13 to 2.

Miranda persevered and, according to her obituary, continued to "fight life's battles as best she could."

Some of the children were farmed out, but all remained close to their mother. Her twin sons, Egbert and Elbert, were only five when their father died. "Bert" was taken in by Joseph and Jennie Sanborn, of Cedar Township, and he took the name of his foster parents. Bert's son was the late Jubal Sanborn, who I remember very well indeed as a childhood neighbor of my grandparents.

Miranda outlived Austin by 46 years, dying at age 80 on her 59th wedding anniversary, Jan. 17, 1923. She is buried near him --- and their deceased children --- just west of the big "rules and regulation" sign at the main entrance to the Chariton Cemetery. 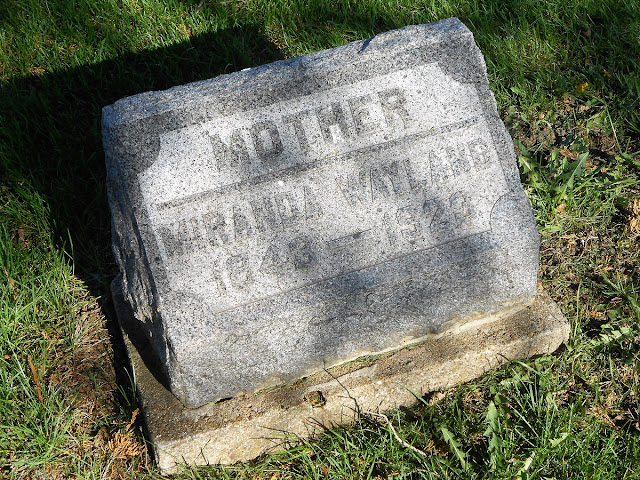 Born in 1938, I remember when cause of death was always published and thought it was a hideous idea. I recall our school class at Norwood Consolidated Elementary School studying journalism in our local newspapers and we talked about this practice...as I recall, most agreed, it is a terrible idea. I personally imagined it came about from the local busybody nosey groups with nothing better to do.

I loved Jubal Sanborn!!! In his later years, he bought the little house at the NE corner of Braden and 15th Street. We lived next door to the Bible Church on Roland. He would come to our house after church on Sunday evenings with my Grandparents for my moms' Homemade Ice Cream! He never turned it down!! After my grandpa Lloyd Long passed away, he would sit with my grandma Dortha in church, but not too close!! He was chatting with her and then me! He told me that life was kinda strange how it turns and twists?! I remember asking him what he meant? He said, "your grandma was my friend when I was a school boy and she's still my friend now!" He walked away and I walked my grandma to her car and I drove her home from church! On the way home, I asked her if she remembered anything about Jubal when they were kids! She laughed outload!!! She said oh my yes!!! Grandma Then told this story!! She was a little tiny girl and Jubal was one year older and he liked her, so he protected her and walked her home!! Would wait for her as she walked past his house in the morning! She said "in those days, mommas packed their children's lunch in a bucket. So she asked Jubal what he had for lunch in his lunch bucket? He said, "my mommy packed me a weird new thing she got! It is called PEANUTBUTTER?! My grandma said, Jubal stopped and said "Let's try it NOW!" So with great enthusasium they both took a BIG bite!! Since it was brand new, there was no oils added, it was so sticky they could hardly talked so they gigglesd all the way to school!! She laughed a lot talking about it! Said she only liked Peanut butter in cookies!!! They both would be well over 100 years old!! Love them so much!!

Hi Kathy,
I'm Jubal Sanborn's granddaughter and loved your story above! I had to call my father and read it to him! I remember visiting Grandpa Jubal in that little house when I was in elementary school, but I missed his farm (just not the outhouse!- ha!).