Here's to the memory of Charley McCoy 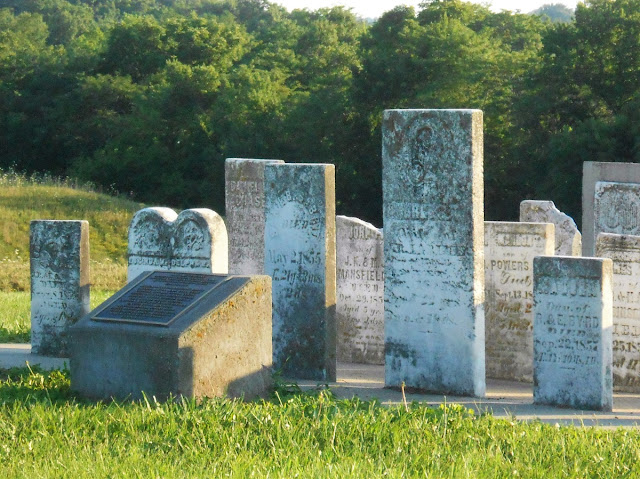 I've written quite a lot about Douglass Pioneer Cemetery --- located just southeast of Chariton on a hilltop west of the Blue Grass Road.

Tradition holds that this is where Elder Freeman Nickerson and other Mormon pioneers were buried after that harsh winter of 1846-47 claimed them. Then others were buried around those graves and it became Chariton's first public cemetery, although so far as we know never was platted.

The general public stopped using the old burying ground and some remains were relocated after the current Chariton Cemetery was established during 1864. But Lucas County continued to use Douglass --- the name of the family that owned the land around --- as potter's field, where those buried at county expense were interred.

Hiram Wilson, lynched after shooting Sheriff Gaylord Lyman to death, was planted here during July of 1870 and others less notorious followed him.

Finally, about 1900, the old cemetery was abandoned entirely and allowed to grow up into almost impenetrable trees, weeds and brush --- until the Lucas County Pioneer Cemetery Commission established title, cleared the site and gathered scattered tombstones into a memorial area some years ago. The commission continues to maintain the area.

Among those buried at county expense here --- in a grave that most likely never was marked --- was a young man named Charles McCoy, a vagabond who had the misfortune to fall beneath the wheels of a rail car while attempting to jump aboard a westbound freight during late May of 1886. His occupation, according to Lucas County death records, was "tramp."

I drove out the cemetery again last evening --- and took these photos --- after finding reports of Charley's death in both The Democrat and The Herald of June 3, 1886. Here's the Democrat report:

"A young man was killed by the cars in the Chariton yards early last Sunday morning (May 30) in attempting to get on or off a west-bound freight train. The car wheels severed both legs, one above and the other below the knee. He was carried to the Depot Hotel where he died after a few hours of most intense suffering.

"The unfortunate young man gave his name as Charles McCoy, of Connelsville, Pa., said he had no relatives, but gave the name of Henry C. Miller, of that place as an acquaintance and friend. An inquest failed to reveal any further facts as to his identity. No money or valuables were found about his person.

"The remains were buried on Monday in the old cemetery at the public expense. The coroner has written Mr. Miller in regard to the sad death of the young man but has no answer yet. He was thought to be about twenty-seven years of age, a short, well-built, rather good-looking young fellow."

There were no follow-up reports so we don't know if friends eventually learned of his death, or for that matter if there was anyone who might have missed him especially or cared to remember him.

So I thought I would. Here's to the memory of Charley McCoy! 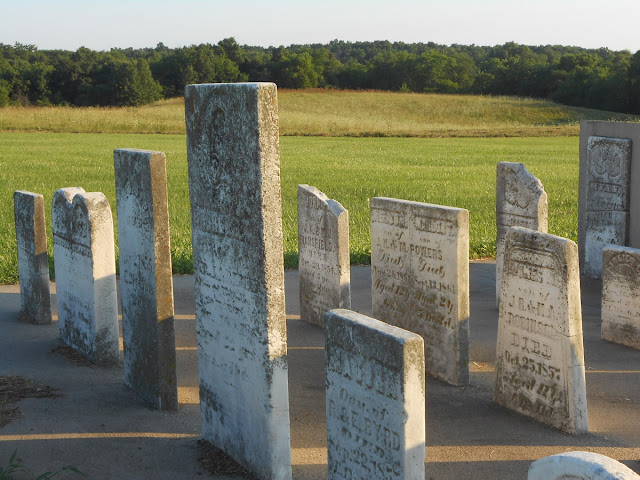 The memorial using the old stones is a wonderful way to restore an old abandoned and overgrown cemetery.

Thanks for sharing the story of Charley McCoy. Sad.