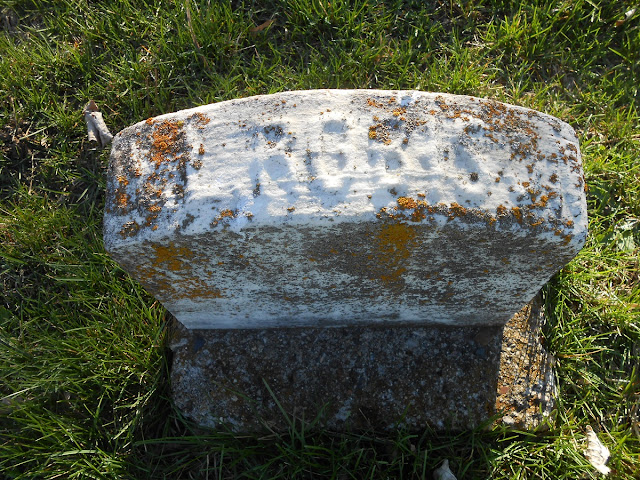 Capt. William Lauder Robison washed up on Lucas County shores about 1867, although his first mention in The Chariton Democrat was on Aug. 10, 1869, when it was reported that "Capt. Robison has bought Jake Coffman's interest in the livery establishment, and has taken possession of the same."

The title "captain" referred back to Robison's days prior to the Civil War as captain of the side-wheel steamboat Alice Wild, then engaged mostly in pushing barges up and down the upper Mississippi. Prior to that, Robison had spent most of his adult life as a riverboat crew member on the lower Mississippi, between St. Louis and New Orleans.

The livery barn that Robison bought of Coffman for $2,000 was located south of the southwest corner of the square --- a site in Chariton that has been devoted to transportation for more than 150 years. So far as anyone knows, the first livery establishment was founded here soon after 1849. The last livery operation on the site closed its doors during the second decade of the 20th century and an automotive garage opened on the site --- in the low-slung brick building that now houses Chariton Ford-Mercury.

We have no idea what brought Robison to town in the first place, but by 1870 the lifelong bachelor and successfully wooed a young widow, Mary Howard (Rizer) Jay, and they were wed on the 25th of May. He was nearing 48 at the time; she was 26.

"So the captain takes command of another craft; but it is a little strange that he should 'slump' around the world as long as he has, and finally has himself in tow to one of our Chariton ladies. But now he's done for and may the Robin-sons and the Jays find the utmost happiness in their alliance."

It may be that the captain had needed a little settling down. Recounting an excursion to the Iowa State Fair in Keokuk during September of 1869, The Democrat in its edition of the 29th reported, "a good delegation from Chariton attended the Fair at Keokuk, and all speak in highest terms of its success.

"Capt. Robison was there, and promptly on Saturday morning his old dog 'Bill' anticipated his arrival at the depot, and met him there. The Captain, with an instinct equal to that of his dog, laid hold of 'Bill's' tail and was successfully guided to his home, and is again in the full enjoyment of his faculties. The balance of the delegation have, we believe, recovered."

Mary Jay was the widow of Dr. Henry W. Jay, Civil War surgeon, who had succumbed to tuberculosis --- or consumption as it then was called --- on Dec. 16, 1868, at the age of 34. His death left her with a young son, Charles F. Jay, to raise, and Capt. Robison seems to have stepped into the role of stepfather with few problems.

Two years after their marriage, William and Mary became the parents of a daughter of their own, Mary Belle Robison, born on July 29, 1872.

William, born July 1, 1822, in Washington County, New York, was the eldest child of John Duncan and Mary (Lauder) Robison, both immigrants from Scotland. Prior to 1840, the family had moved west to Ohio and William reportedly remained on the family farm there until he was 21, ca. 1843.

During that year he reportedly headed west, anticipating a life of adventure riverboating on the lower Mississippi.

Increasing hostilities between North and South during the late 1850s made life on the lower Mississippi more difficult, however, so he moved north to take over the Alice Wild, then before war was declared gave up on riverboating entirely and returned home to Ohio. His father reportedly had died in an accident during the early 1860s and that may have accounted in part for his decision to leave the river behind.

During 1864, William headed west again, landing this time in Washington County, Iowa, where he opened a livery operation in the county seat, also Washington. Two or three years later, he came on to Chariton.

Just a couple of months after his marriage, Capt. Robison established his place in Lucas County lore as a footnote to one of the most interesting episodes in our collective history --- the murder of Sheriff Gaylord Lyman and the subsequent lynching of his killer, Hiram Wilson, all on July 6, 1870.

As the familiar story goes, Hiram Wilson, of Putnam County, Missouri, arrived in Chariton early Wednesday, July 6, with a horse that he attempted to sell to several people before going to the Robison livery stable, where William purchased it for $50 and a watch.

By this time, Sheriff Lyman had become convinced that the horse was stolen and confronted Wilson in a saloon just south of the southeast corner of the square. The young man shot Lyman in the chest, fatally wounding him, then took off running, stole another horse and headed for the woods east of town.

Eventually captured, Wilson was taken to the sheriff's office on the second floor of the 1858 courthouse where at 10:30 p.m., after learning that Lyman had died, a mob broke in, tied a rope around the unfortunate young man's neck and threw him out a south window --- with fatal results.

Whether or not Capt. Robison got his $50 and that watch back I can't say, but he did end up with  the horse and proceeded to advertise it in subsequent editions of The Democrat. The advertisement read:

"A Stolen Horse --- Hiram Wilson, who was arrested in Chariton on the 6th of July, upon suspicion of being a horse thief, had in his possession a horse which, it is believed, was a stolen one, and which is now in possession of W.L. Robison, Chariton, Iowa. The horse is described as follows: Cream color, four white feet, supposed to be eight or nine years old, and is about 15-3/4 hands high. The owner is requested to prove property, pay charges and take him away."

Unfortunately, there were no follow-up reports --- so we do not know if an owner reclaimed his stolen property or, in fact, if the horse was stolen at all.

The marriage uniting Mary and William seems to have been a happy one, but as the 1870s turned to the 1880s and the captain approached 60 his health began to fail. It became evident that he was suffering from tuberculosis, too --- and that there were other complications.

During September of 1882, he suffered an apparent stroke shortly after breakfast one morning and it was feared for a time that he would not recover, but he improved substantially. Then, on Saturday afternoon, Nov. 11, 1882, he died at the age of 60.

An autopsy was conducted early the next week to determine precisely what it was that killed him. Five physicians gathered for the occasion with Dr. J.A. McKlveen in charge, assisted by Drs. Stanton, Simmons, Cully and Waynick. The results, reported in his obituary, showed that he had been suffering from advanced tuberculosis as well as an enlarged heart. The heart, it was reported, was two and a half times its natural size. 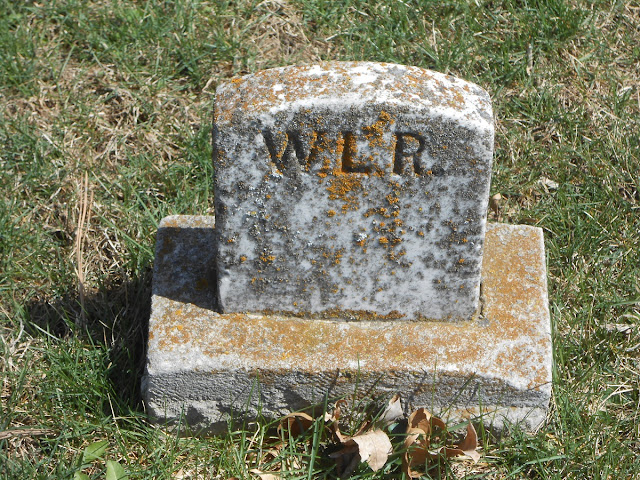 Mary buried her second husband beside her first, on the Jay lot in the Chariton Cemetery. "Wm. L. Robison" was inscribed in raised lettering, now badly eroded, across the top of his simple headstone; and a foot stone bearing the intitals "W.L.R." was installed at his feet.