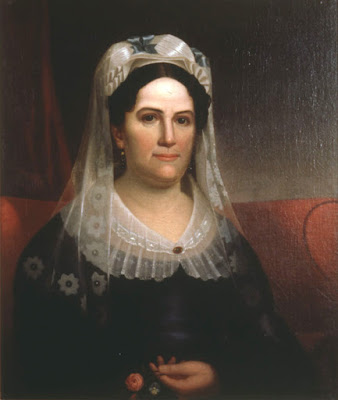 I'm attributing my progressing recovery after five days of flu-like symptoms to Hy-Vee blueberry scones consumed at the rate of three a day. These little glazed triangles are over-priced at six for $3.98 and not up to home-baked standards, but who would complain so long as they're effective.

Coherent thought is the last thing a guy wants to do when suffering from a cold (or the flu), so I've been reading the news a lot.

It's been intriguing to discover that potential Republican first ladies are now a hot topic. Ted Cruz pulled out "tasteful" nude photos of Melania Trump, taken for British GQ during 2000, before her marriage, then introduced them to potential voters with the headline, "Meet Melania Trump, your next first lady."

Trump fired back, "Be careful, or I will spill the beans on your wife." Mrs. Trump is a former model; Heidi Cruz, an investment banker for Goldman Sachs. Classy stuff.

So far as I know, no suggestive photos of either Bill Clinton or Jane Sanders have emerged. And we already know about the exploits of the zipper-challenged candidate for first gentleman.

Historically, Rachel (Donelson) Robards-Jackson, wife of Andrew Jackson, was the first potential first lady to be brought politically to the attention of the sex-obsessed American public.

Rachel's first marriage, when she was 18 on March 1, 1785, in Lincoln County, Kentucky, was to Lewis Robards, a land owner and speculator.

This does not seem to have been a match made in heaven. Some allege that Robards was abusive; others that Rachel was a flirt. It does seem clear whatever the circumstances that while her husband was out of town (Nashville), she began a relationship with a young lawyer named Jackson, who was boarding with her parents.

Rachel and Andrew then eloped to Natchez, Mississipi, where they were married in 1788 --- apparently believing that Robards had divorced her, which he had not. Beyond that, protestant marriages like the one uniting Rachel and Andrew were not recognized in Mississippi, then under Spanish jurisdiction.

As a result, Rachel became --- legally at least --- guilty of both bigamy and adultery. Now with firm legal standing, Robards did divorce the now and future Mrs. Jackson and the future president and his lady were wed legally on Jan. 7, 1794, in Nashville.

This whole sorry affair became political fodder during the presidential campaign of 1828, which matched as rivals Jackson and John Quicy Adams.

Assaults on Rachel, according to the National First Ladies' Library, "included an anti-Jackson pamphlet called Truth's Advocate, printed in Cincinnati, and articles in the St. Louis Post Dispatch, National Banner and Nashville Whig. One editorial asked, 'Ought a convicted adulteress and her paramour husband to be placed in the highest offices of this free and Christian land?' Many of Jackson's detractors claimed he was not fit for the presidency based partially on his professional and personal behavior stemming from the circumstances of the Robard's divorce and his marriage."

Jackson went on to win the election, but Rachel died of an apparent heart attack at their Tennessee home, The Hermitage," on Dec. 22, 1828, and therefore was spared further attempts to malign her character.

She continues to hold the distinction of being the first of our potential first ladies sideswiped by the general nastiness of presidential politics. And it's always interesting to note that the more things change, the more they remain the same.

I would like to hear more about previous first ladies. Very interesting.