Glory on the Edmund Pettus Bridge 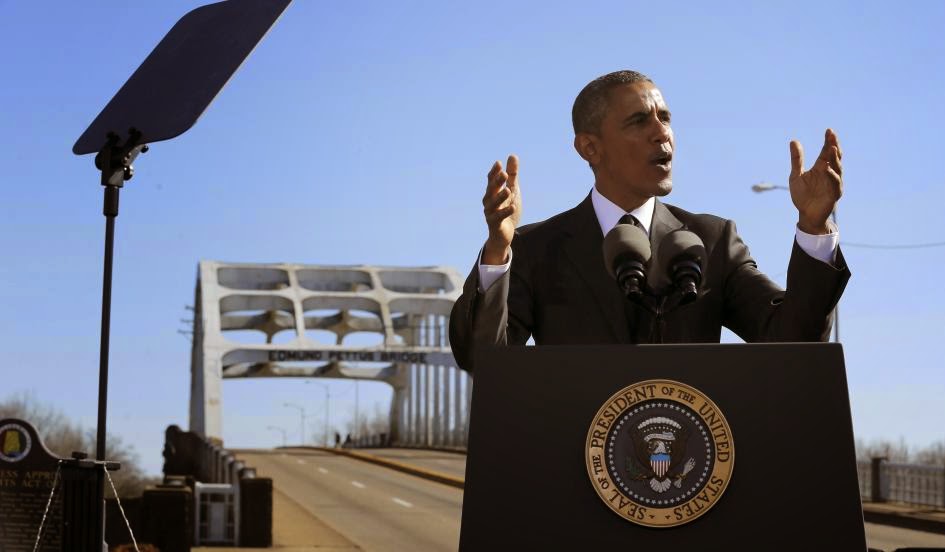 Included in coverage yesterday of President Obama's address from the Edmund Pettus Bridge in Selma was an interview with a young man who is leading an effort to have the bridge renamed --- not the first time something similar has been suggested.

It must be tempting, but somehow the sight of our first black president addressing the nation from the approach to a bridge named after a Confederate general and Grand Dragon of the Alabama Ku Klux Klan --- well, that's the grit of history that hasn't been prettied up. I thought it incredibly moving.

The speech was eloquent. And I was a little surprised at how happy it made me to see President George W. and Laura Bush there, too.

Here's a clip of another event that wouldn't have been considered remotely possible 50 years ago --- a live performance of "Glory" by Common and John Legend, also on the approach to the Edmund Pettus Bridge.