Conversation about Yocom Park --- and the future 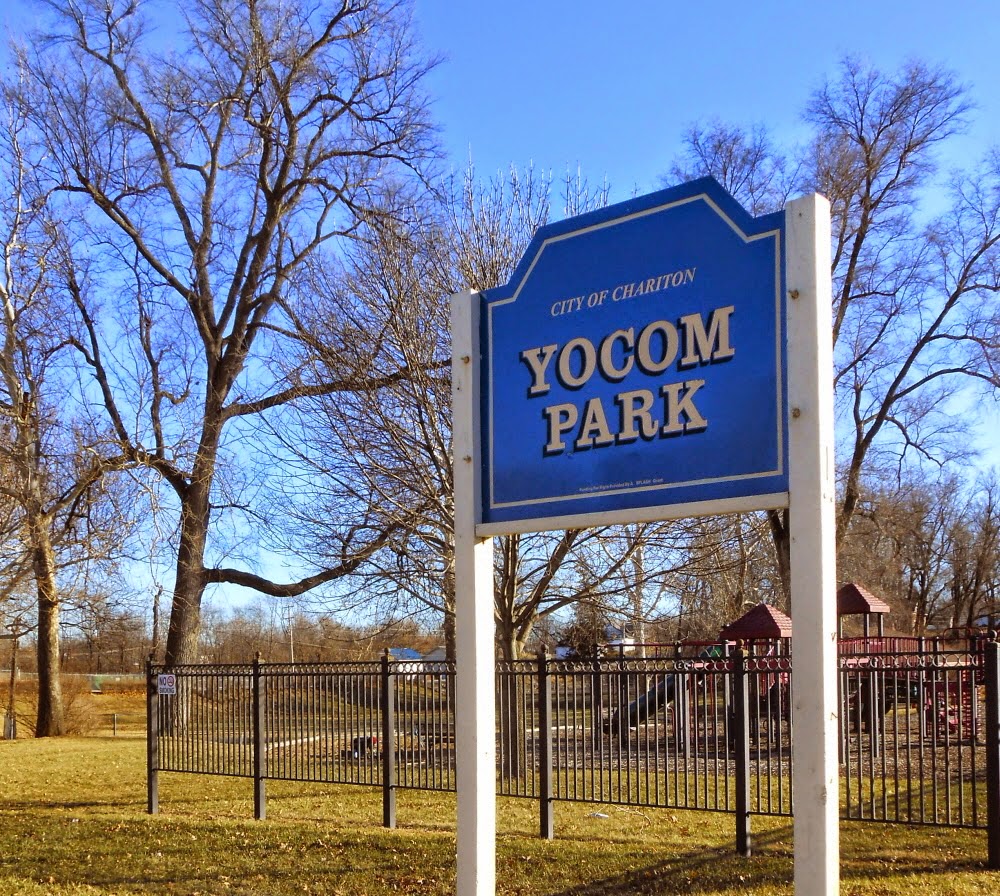 Joe Sellers' first attempt to call a meeting to discuss Yocom Park and its future a month ago was snowed out. Although streets and roads had been coated in ice earlier yesterday, all of that had melted by late morning, so we were able to get together at City Hall at 11 for a working lunch (in sacks, from Piper's, including candy --- yum).

This was not an "official" meeting, but rather an outgrowth of a community leadership forum held last year during which interest in the park was expressed. Joe facilitated the meeting --- and provided the lunch. The meeting's goal was to talk about park history, its current state and what might be done to refresh and improve it as its 2022 centennial nears.

Development of what now is Yocom Park began during 1922 on the site of Chariton's first electrical generating plant and the pond ("Lake Como") built to provide water for its coal-fired steam generators. By 1920, the area was unused, undeveloped, an unauthorized dump --- and a community eyesore. Chariton architect William L. Perkins, also city engineer, designed the unique amphitheater-like arrangement that included landscaped terraces, a wading pool, a simple bandstand, a ball diamond and the city's first tennis courts.

There was general agreement Tuesday that the park, originally known as "East" and renamed "Yocom" in 1968 to honor Dr. Albert L. Yocom, then nearing the end of his life, remained intact and generally in good condition --- but perhaps underutilized. The ball diamond is no longer used for organized progamming, but still is in place. The tennis courts, seriously deteriorated, are the major expense issue --- along with providing ADA-compliant access from the east side.

As Sherrill Gartin said, "what it really needs is lots of hard work."

We also talked about later enhancements to the park --- restrooms and a shelter house were added in the northwest corner about 1969; and in 1994, the current playground was developed as part of a project financed largely by the Johnson Foundation and led by the family of the late Russell S. and Vera P. Johnson (think Johnson Machine Works), including Sherrill and Gilbert Gartin and Alyse Hunter, all of whom attended Tuesday's meeting. That project included the attractive fencing that prevents youngsters using the playground from running onto busy Highway 14/North 7th Street to the east. This part of the park remains in good shape.

Interesting footnotes to park history also turned up Tuesday. Alyse, who also chairs the Chariton Historic Preservation Commission, noted that according to tradition, dirt excavated for the Hotel Charitone basement, built in 1923, was used in part to form the park's terraces.

Melody Wilson, another preservation commissioner, has been researching the military surplus guns acquired by the city about 1931 to be mounted on the big concrete slabs that flanked what once was the park's main entrance at the east end of Braden Avenue. Melody located a newspaper article from 1931 that identified the weapons as an automatic Maxim Nordenfeldt one-pound gun on a cone-type mount and an automatic Vickers Maxim one-pounder, also on cone-type mount. (It's probable that these guns went as scrap to aid the effort during World War II.)

I was happy to find out --- from Sherrill --- where the original wading pool had been located --- on part of what now is the playground.

We spent quite a bit of time discussing the tennis courts, now badly deteriorated. It sounded as if the Parks & Recreation Board would prefer to abandon the courts and focus on newer courts in northwest Chariton. Others, however, resisted that idea --- including Ray Meyer and preservation commissioners, including me --- arguing that (1) few recreational facilities exist anywhere other than in northwest Chariton and (b) that the courts have historic significance as part of the park's design and history.

A major issue with the Yocom Park courts is the fact that they were intentionally located in a tennis pit in the area's southeast corner, bounded by a high embankment with built-in concrete and stone seating to the east, an earth embankment to the south and a small patch of privately owned woodland to the west. While the two current courts are of regulation size, they join and there is no margin around them. 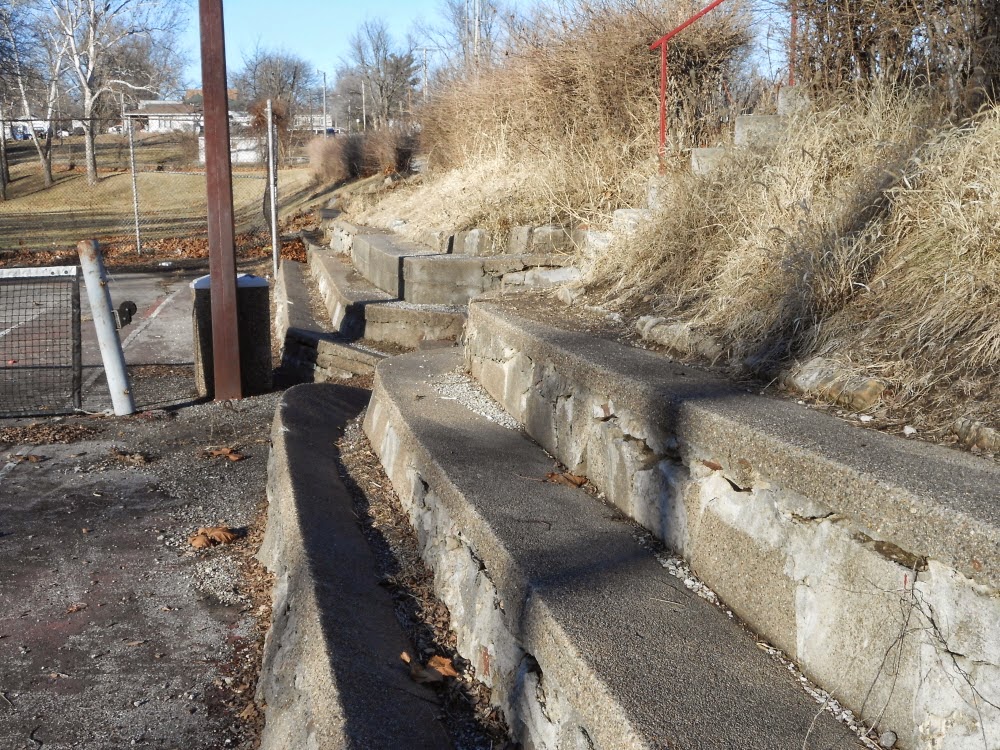 If the tennis area were redeveloped, most likely only a single court with adequate margins could be fitted into the area, the access stairs are dangerous and a new means of access would have to be provided, the original seating area is deteriorated and a retaining wall would be needed to keep earth from the south embankment from washing onto the court surface.

I though it was a good meeting and hope for more discussion to come. It probably wouldn't require too much effort to add East Park to the National Register of Historic Places as supplement to the suite of William L. Perkins projects already listed --- Hotel Charitone, City Hall, American Legion hall, Masonic Temple, and the Fred and Sherry Steinbach house. Doing the leg work so that an application can be launched when funding becomes available is something that those of us who serve on the Preservation Commission can get to work on immediately.

If interested in more about Yocum Park, scroll down here in the right-hand sidebar until you come to a photo of the park sign then click on the links underneath it.
Posted by Frank D. Myers at 7:23 AM