On the eve of Darwin Day 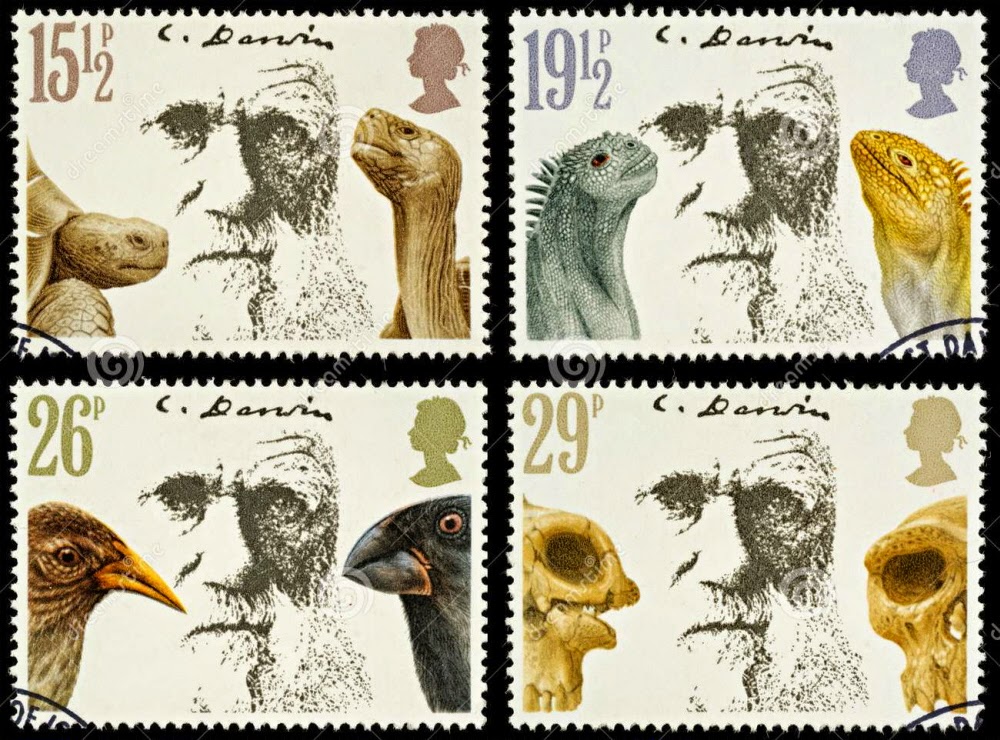 I have no immediate plans to celebrate Darwin Day, observed tomorrow on what would be the 206th anniversary of the great man's birth. But I would, were I in the neighborhood of Cedar Falls, where a week-long observance, sponsored by University of Northern Iowa Freethinkers and Inquirers is in progress. For various reasons, a celebration in Chariton is unlikely --- but it's interesting to speculate about what would happen were one organized.

Although resolutions have been introduced in both the U.S. House and U.S. Senate to designate Feb. 12 as Darwin Day, these have an ice cube in the microwave's chance of passing. So there's little hope for assistance from above, governmentally.

According to a Pew Research Center survey, results released during January, roughly 59 percent of Americans are comfortable with evolution, with 24 percent believing that the process occurs under the guiding hand of a supreme being and 35 percent --- well, no. That leaves 31 percent who apparently believe a literal blend of the two conflicting creation accounts embedded in the biblical book of Genesis.

It's a mistake to suggest that "orthodox" Christians decline to embrace science and reason --- up to a point. The Roman Catholic church, for example, has no trouble with the Darwinian scheme of things providing it operates within a theistic framework, nor do most of what traditionally are described as "mainline" churches.

But that leaves the 31 percent who still embrace to one degree or another the concept that every word of one version or another of the Bible is literally true. Science is suspect here, which illustrates the power of myth.