More about Theopolis Gibson --- and another photo 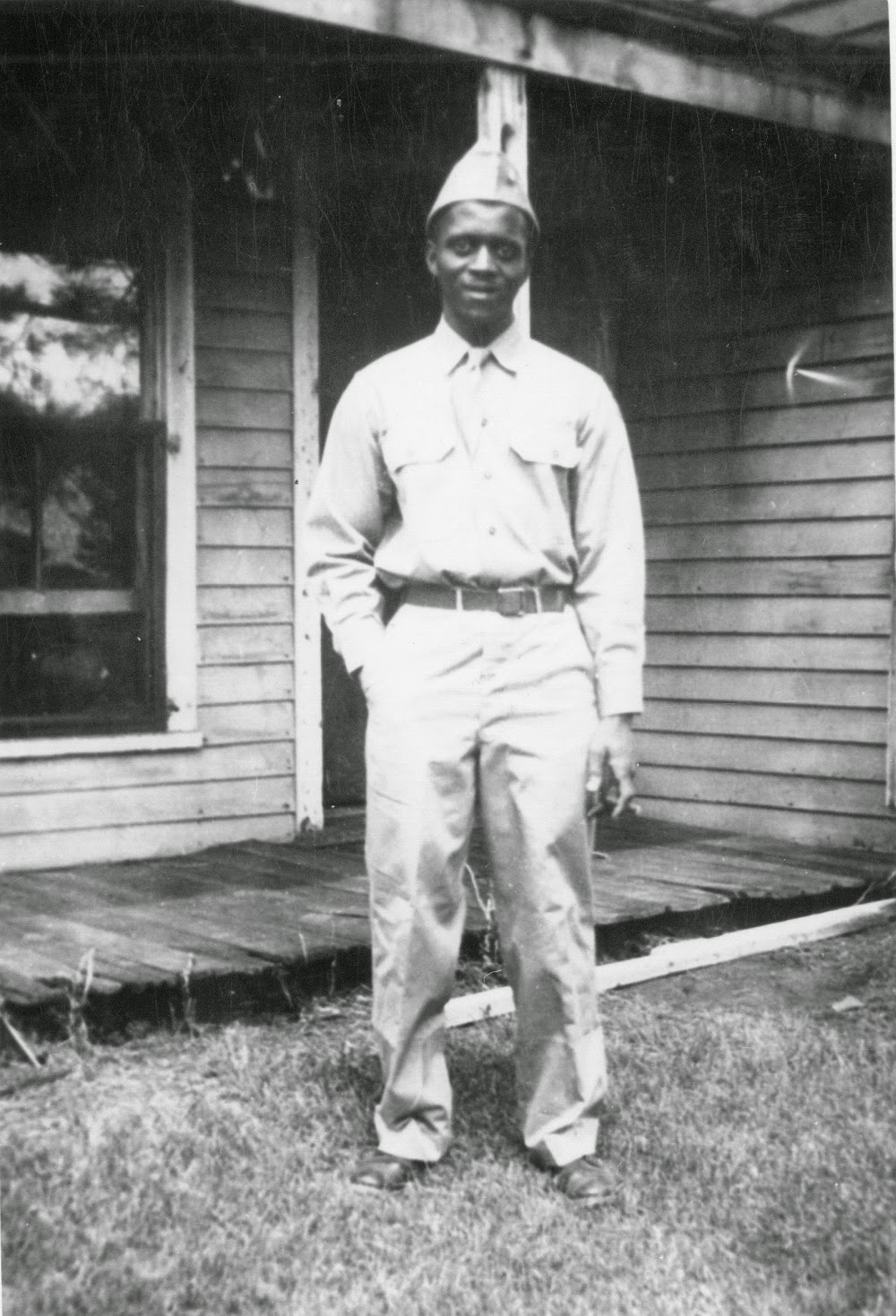 "A little about the life and times of Theopolis Gibson" was the title and topic of yesterday's post, but I'd run out of time the day before and hadn't gotten this snapshot of Buster in World War II uniform scanned. Back at the library yesterday afternoon, I mastered the genealogical society scanner --- and here it is.

The photo may have been taken after Buster returned home on Christmas day, 1945, after more than three years of honorable service --- or at some point during the opening months of his service, before he was deployed to England, France and Germany during April of 1944.

More than a dozen current and former Chariton residents shared memories of Theopolis in comments posted to a Facebook link --- and several remembered that he favored strong-smelling cigars. If you look carefully at this photo, you'll notice in his left hand --- a cigar!

Although I can't find the post this morning, I've written before about the remarkable World War II archive where I found this snapshot and detailed information about Buster's military service.

Now housed in the Lucas County Genealogical Society's library on the ground floor of the Chariton Free Public Library --- and accessible to all --- it was compiled during the war at the library by volunteers who did their best to identify every Lucas Countyan in service. The women compiled detailed data sheets for each, then added newspaper clippings and, when they could convince family members to share them, photographs. Current volunteers have and are adding later obituaries.

The archive is contained in a long row of alphabetized notebooks along the north wall of the genealogy room --- and is a terrific resource for anyone interested. 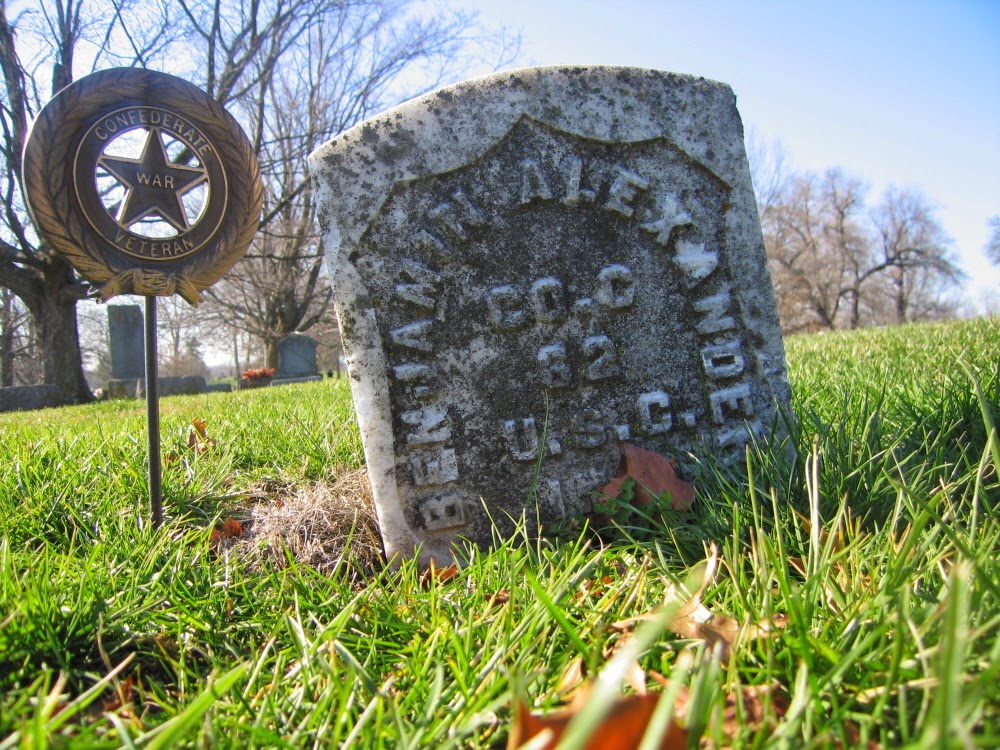 Also mentioned in the post about Buster was the fact that he was a member of one of Lucas County's oldest black families --- his maternal grandparents, William and Tina (Root) Martin, arrived in Chariton with their family soon after 1880.

Tina died in 1917 and William, in 1929, and they are buried near relatives Abe and Priscilla Prather and others in lots located some distance northeast of the Chariton Cemetery shelter house.

During 2012 I wrote about the confusing nature of William's military tombstone. Although always known as William Martin after the Civil War, he enlisted during 1863 or 1864 as Benjamin Alexander for service in Co. C, 62nd Regiment, U.S. Colored Troops.

Although "William Martin" is listed as an alias in his records --- and he actually received a modest government pension under that name --- the dual identify confounded the U.S. War Department when a headstone application was filed during 1935, some six years after William died.

As a result, the honored old soldier everyone in Chariton knew as William Martin is buried behind a tombstone inscribed "Benjamin Alexander," a name he hadn't used in more than 60 years. You can read that post, "In Honor of William Martin," here.

And if you enlarge the tombstone photo, you'll note that the flag holder identifies William as a Confederate veteran. That probably results from confusion about what the "C" in "U.S.C." stands for. It's "Colored," hardly "Confederate." We need to do something about that. Remind me when the snow's melted.
Posted by Frank D. Myers at 6:10 AM

Frank,
I was thinking in yesterdays post it mentioned he became a Tech 5 before being discharged, so I might guess that the uniform photo, without any rank shown, may have been taken before he went overseas.
Not sure what Army Tech 5 symbol looked like back then.
norm

I think you're right. Besides, I see a window is open --- unlikely to happen here in January --- although of course he might have put on his uniform and posed for a photo later. But I'm guessing this was taken while he was home on furlough before deployment to Europe.