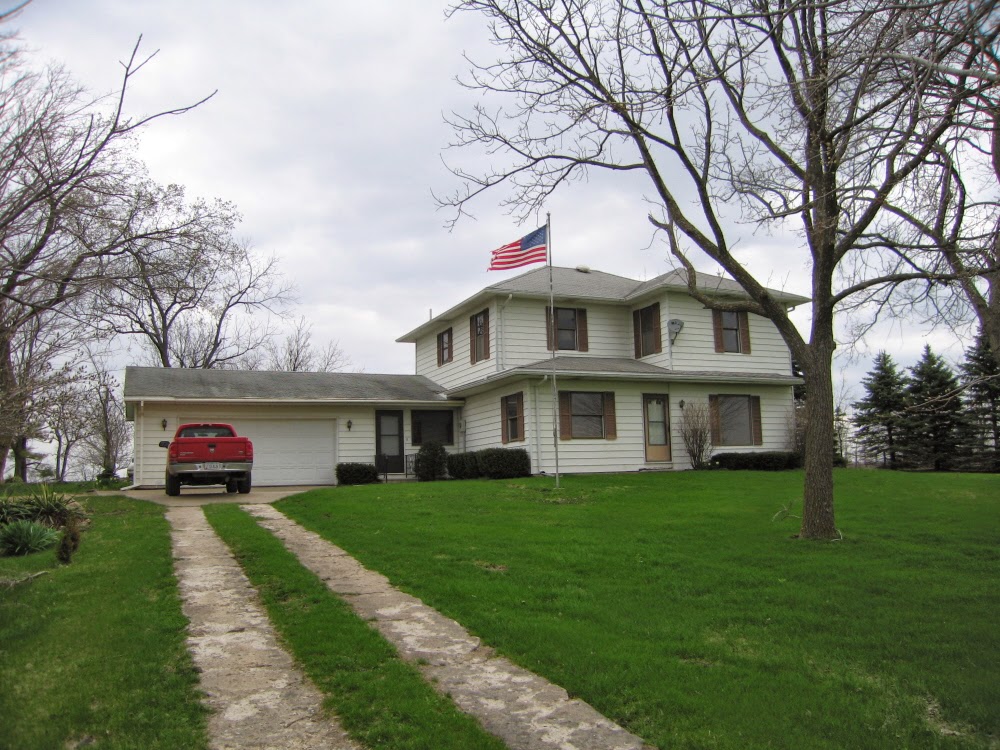 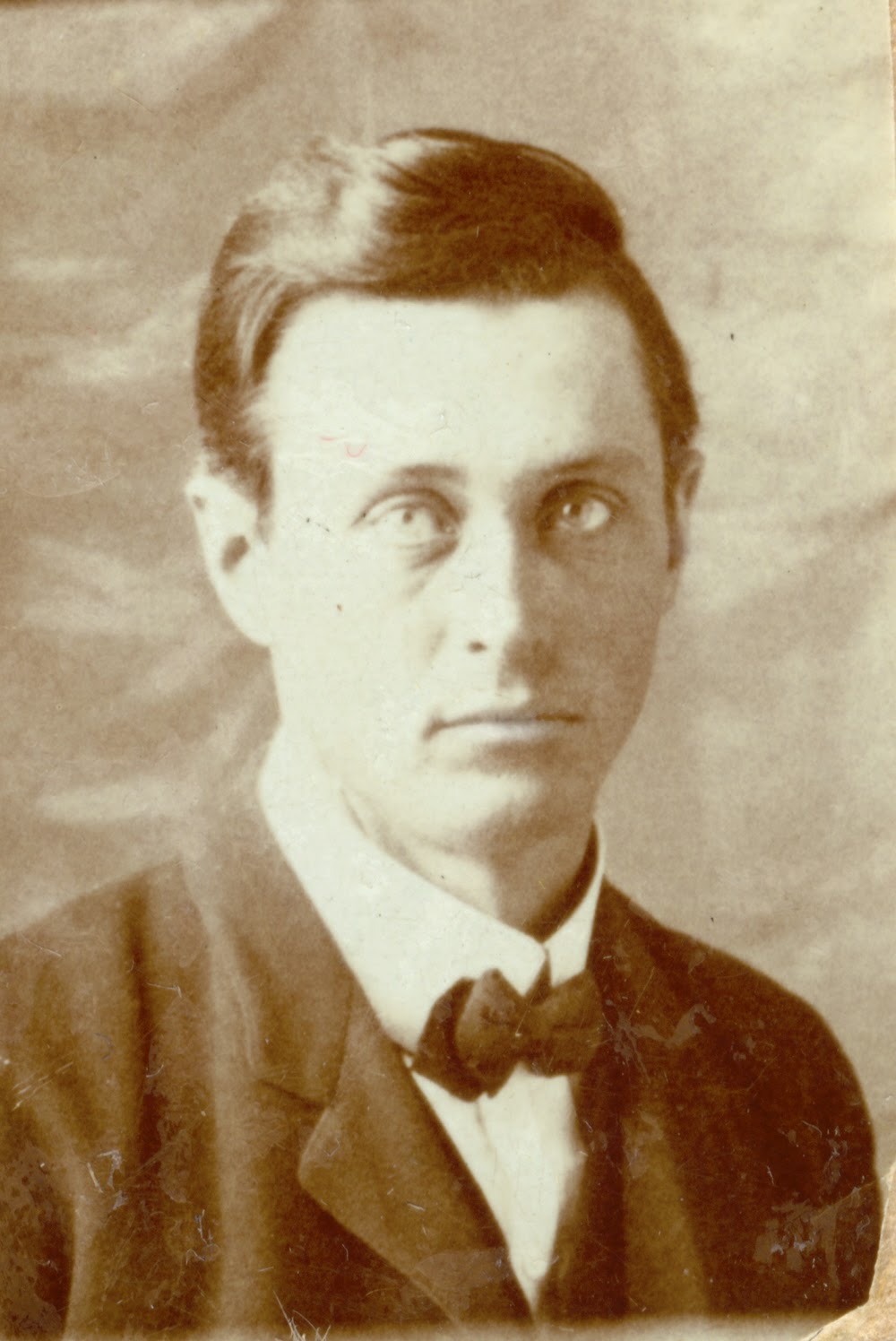 This is another of those items from the "blog stuff" file, set aside because I found it interesting but not because anything of major significance was involved. I'm a little short of time this morning, therefore ....

It's always fun, browsing old newspapers, to happen upon reports involving your own family --- not so much the big stuff, births, marriages, deaths and the like. I already know that sort of thing. But details that shed a little light on personalities and how people lived in the distant, or not-so-distant, past.

Anyhow, this brief report, from The Chariton Leader of May 15, 1919, involves my grandfather, William Ambrose Miller (left). That's the Miller family home (as it looked many years later when occupied by my aunt and uncle) in English Township above.

That house fronted then --- and now --- on the road east out of Williamson (just before Williamson Pond) that I've always thought of as one of the worst roads in Lucas County, when weather conditions were right. Most of the year it was fine, then in the spring or during a particularly wet season the bottom would go out and parts of it would become virtually impassable.

So it was interesting to read in this article that mud had a long history of bogging motorists down in that neighborhood. The author of the piece was Henry Gittinger, then-editor of The Leader.

"W.A. Miller, out at the (west) edge of English township, has a fortune with his grasp if he would only work it. Perhaps if he had a gold lead on his place, or even a mineral spring with extraordinary medicinal qualities, he would aim to reap the havest due him, but in this case he is merely winking at opportunity when he might become opulent with wealth rung from condition. On account of some late fall road work, in front of his premises there is the worst mud hole between Chariton and Knoxville --- and the season for mud has been long. Not only every day but several times each day somebody drops into that hole and gets stuck --- next to lost. It is even more treacherous than the Dismal Swamp. Frequently he is called on to rescue automobiles from the mire, and receives eternal thanks when he could as well as not levy heavy tribute to receive. The opportunity is worth erecting steam derricks and doing rescue work upon a business basis. Our friend Miller has turned down a fortune and might have endowed several libraries and been able to corner the rescue business of Lucas county ere this."

One of my favorite memories of this road, dating from the 1950s when I was pretty young, involves the house that got stuck in about the same spot.

My granddad's uncle, Harry Miller, had retired sometime during the late teens and moved to town --- in this case Williamson, then a coal mining and railroad boom town. He and Aunt Carrie had built a fine new bungalow with big porches --- one of the nicer homes in town actually.

By the 1950s, Williamson had begun to decline and someone (I used to know who, but have forgotten) bought the house and decided to move it some miles to the northeast, where it still sits (minus most of its porches) along Highway 14 just before the highway straightens out and heads north to Belinda and Columbia.

The decision was made to move the house late in the week and somehow it got stuck just east of the entrance to Granddad's driveway, canted partially into the north ditch with just enough room to the south for a car to squeeze by. It was still there on Sunday, when there was a family dinner --- and those of us who were kids had a great time climbing aboard (when adults weren't looking) and exploring.

In 1919, the road east out of Williamson was part of the main road linking Chariton and Knoxville. The angled current route of Highway 14 that bypasses Williamson to the north, crosses English Creek and  comes up south of Belinda, wasn't graded and put into service until several years later.

Those also were the days when newspaper editors frequently left their offices and walked, rode or drove around looking for something to write about. This apparently was what Henry Gittinger was up to during early May, 1919.

His next stop was the next place east of Granddad's, an older family home where my Great-uncle Jerry Miller lived with his mother, Mary Elizabeth. Uncle Jerry had returned home just weeks earlier from service during World War I and Henry visited with him about that. I posted that short piece here several years ago as "Uncle Jerry and the Great War." Although brief, its an interesting account.