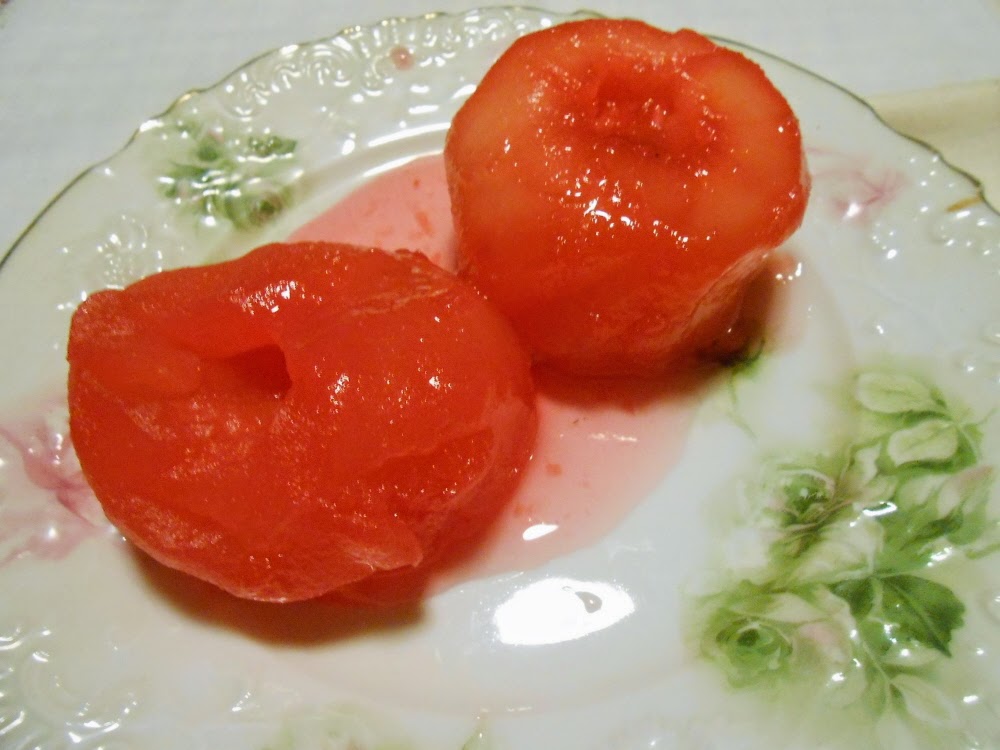 My mother always made cinnamon candied apples for holiday meals and so do I --- sometimes; most recently for Thanksgiving dinner last week. They went over well. Bill asked to take leftovers home, which I considered a positive sign.

It's an extremely simple recipe --- you'll need about 10 mid-sized to small tart apples (I generally use Jonathan), two cups sugar, a cup of water and a third cup of small cinnamon candies (we called them red-hots; those I found this year were called "sprinkles").

First, peel and core the apples.

Then dissolve the sugar and cinnamon candies in the water, stirring often, over medium-high heat. The candies take forever to dissolve, so be prepared. You'll need a medium-sized but deep cooking pan into which you can place the apples side-by-side five at a time. You want the syrup to boil up around and over the apples, but not over the sides of the cooking pot.

The trick is to cook the apples long enough to absorb the syrup but not so long that they lose their shape, decline to hold together or turn into applesauce.

These are delicious as I've made them myself and remember from my childhood. We also put a cube of cream cheese in the center so you could have a bit of the cheese with every bite.