There are fairies at the bottom of my garden .... 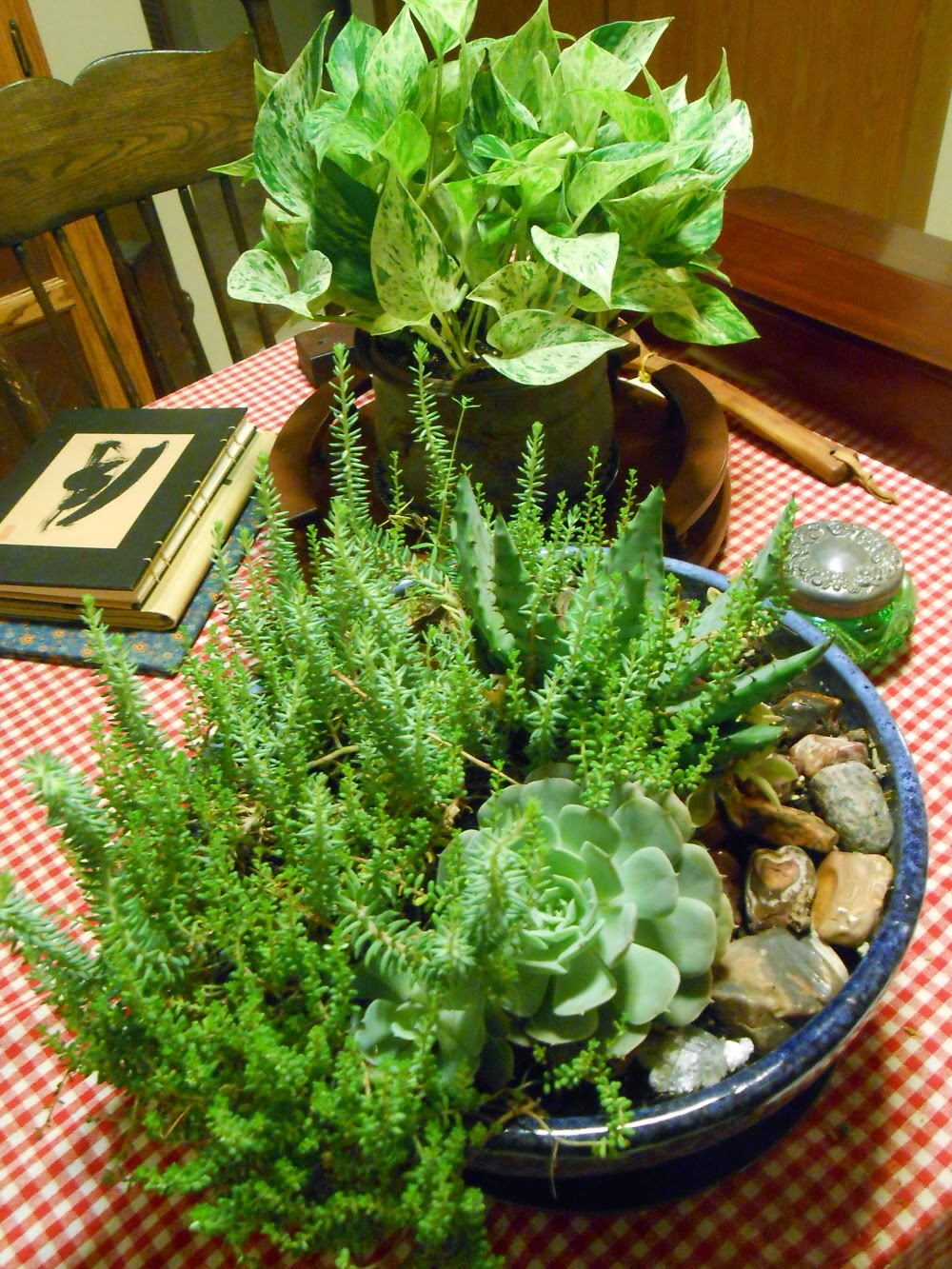 Or what could be mistaken as a "fairy garden" on my kitchen table --- whatever.

I am not, am not, going to make fun of fairy gardens, popular in Lucas County this year. Several of my creative friends are proficient at making them --- collections of miniature plants in shallow containers studded with tiny tchotchkes.

Sales of supplies and assembly have provided a welcome retail interlude for my favorite greenhouse/garden center.

This, however, is just a bowl of succulents that's been around for several years, outdoors in summer, indoors in winter. Usually, I neglect to water it in the winter, kill off a plant or two, then replace them in the spring. This year, the resident rabbit took a liking to my favorite new plant and stopped by to chew it down to ground level now and then (I'm hoping it grows back).

But the name strikes me as funny.

For one thing, in the course of a relatively long life I've been called "fairy," sometimes in alliterative combination with other words, on various occasions --- despite the fact I have neither gossamer wings nor am particularly light on my feet. So when someone brings up "fairy garden," it's a struggle not to crack a vaguely homophobic and entirely inappropriate joke.

And then there's the late Beatrice Lillie, actress and comedian, still on the Ed Sullivan Show and late-night talk show circuit when I was a kid. It was inevitable that she would be asked to perform "There Are Fairies at the Bottom of Our Garden," a 1917 poem for children written by Rose Fyleman, then somewhat later set to music.

So every time someone brings up fairy garden, I'm tempted to burst into song.

Here, for your early-morning entertainment, is the inimitable Ms. Lillie (aka Lady Peel).