The sorrowful end of Ole Olson 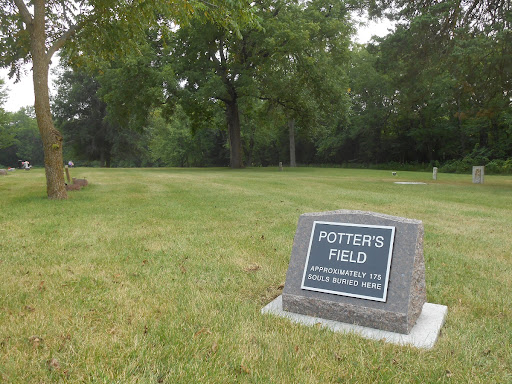 Ole Olson, who died during November of 1911 just short of his 40th birthday, is among approximately 175 people ranging from stillborn infants to the very old who are buried in the Potter's Field section of the Chariton Cemetery. As is the case with most, his grave is unmarked.

This is an area of the cemetery intended for those who had no resources, generally buried at county expense.

Ole, probably native to Sweden, was a laborer employed in construction of the new north-south Rock Island Railroad line from what now is Melcher-Dallas through Chariton that began operating during 1913, the same year the Melcher part of Melcher-Dallas was founded.

There were no social safety nets in 1911, so when he was seriously injured in a construction-related accident on Nov. 6 there was no money for advanced medical care --- or for a funeral when he died two weeks later, on Nov. 20, at the Lucas County County Home.

Here are reports from three consecutive editions of The Chariton Herald-Patriot that trace his final days:

Herald-Patriot, Nov. 9, 1911: On Monday afternoon Ole Olson, known among his associates as Ole Olander, met with a terrible accident at Frazier's camp near Newbern while engaged in his work on the new railroad. He had been helping with blasting and one of the charges exploded prematurely, the powder and debris striking him in the face. His cheeks and eyes were filled with powder and pieces of stone, and his sight in both eyes was completely destroyed. He was brought to Chariton and taken to Yocom's sanitarium, where he is reported as resting as well as could be expected. Mr. Olson is 40 years of age and hails from Chicago. His father, Ole Olson, and his two brothers, John and Martin Olson, arrived from Chicago yesterday and will assist in caring for him. He was well liked by his associates and has many friends who hope for his early recovery.

Herald-Patriot, Nov. 16, 1911: Ole Olson, who lost his eyes in a premature explosion of dynamite at the Frazier railroad camp near Newbern one day last week, was taken to the county house last week as his folks did not have any money to help him with. It is said that he made up his mind to sue the contractors for damages, and any help they gave him would only be used against them in the suit as acknowledgment that they were partly to blame for the accident, which they claimed their were not. Arrangements may be made later to put him in the hospital at Burlington.

Herald-Patriot, Nov. 23, 1911: Ole Olson, who lost both eyes and was otherwise injured by a premature explosion of a charge of dynamite while engaged in his work of blasting at Frazier's camp near Newbern a few weeks ago, died at the county home on Monday afternoon, Nov. 20, 1911, about 3:30 o'clock. The remains were interred in the Chariton cemetery on Tuesday forenoon at 11 o'clock, a brief service being conducted at the grave by Rev. S.C. Franzen, pastor of the Swedish Lutheran church. A sister, Mrs. Hannah Johnson, of Princeton, Ill., was present at the funeral services. Deceased was 40 years of age this month. He was quiet but pleasant in disposition, well liked by his associates, and his untimely death is mourned by many friends, who will extend sincere sympathy to the sorrowing relatives who survive. His father, Ole Olson, and two brothers, John and Martin, were here from Chicago a few weeks ago.