The sorrowful end of Domito Gomez 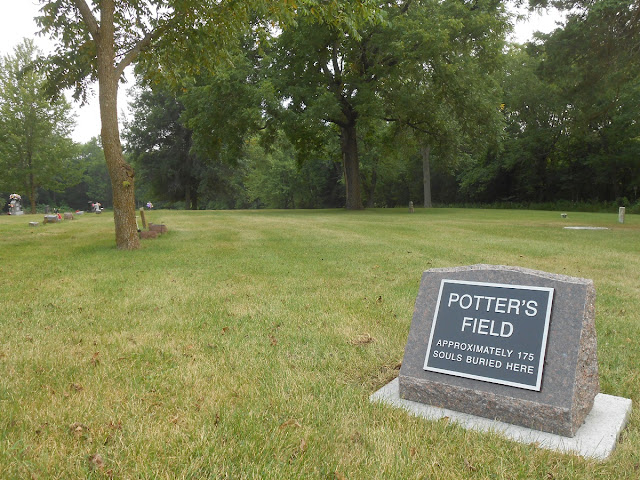 Approximately 175 men, women and children are buried in the Potter's Field section of the Chariton Cemetery, the majority in unmarked graves. Most were Chariton residents who died in poverty and were buried here at county expense, but some were strangers, too, at rest now on this peaceful hilltop because authorities didn't know what else to do with their physical remains.

The latter was the case on the late afternoon of Saturday, Aug. 2, 1930, when Sam Beardsley's hearse wound through the cemetery to what then was a somewhat remote section bearing the remains of 53-year-old Domito Gomez, of Valley Junction (now West Des Moines).

Mr. Gomez's body had been found that morning by section hands along Rock Island Railroad tracks about a mile south of Purdy, or three and a half miles northeast of Williamson.

The Chariton Leader reported the death on the front page of its Aug. 5 edition under a four-deck headline that commenced, "Body Is Found by Section Men South of Purdy," but misspelled the victim's name:

+++
Saturday morning about 7 o'clock section men, while working on the Rock Island railroad about a mile south of Purdy, found the mangled and unrecognizable body of a man lying on the tracks. Sheriff Henry Engebretsen was immediately notified and the Beardsley ambulance called.

Upon investigation Mr. Engebretsen found a billfold containing information which aided in identifying the body. The billfold contained about $107 in cash, a picture of a Mexican man and railroad passes issued to Donotas Gonez, a laborer, fifty-three years old, giving his address as Valley Junction. Passes were also found for Mrs. Gonez and daughter Carltina, 11, and two sons, Augustin, 9, and Enrique, 8.

It will perhaps never be known how it happened that Mr. Gomez was in the vicinity of Purdy and whether he was walking on the tracks or fell from a train is also a mystery.

It is thought that the accident occurred about six hours before the body was found. Due to the mangled condition of the body it could not be embalmed and at 5:00 p.m. Saturday, burial was made in the Chariton cemetery.

No further reports concerning the death are found in Chariton newspapers, but The Des Moines Tribune of Aug. 13 published the following report that adds context under the headline, "Fate Ends Career of Man Who Fled From Trial Here."

Judgment has been rendered by the highest court in the case of Domito Gomez, charged with failing to stop and give aid to the injured after an accident, according to an entry made in municipal  court books Wednesday.

Gomez was killed  in an accident while fleeing to Mexico to avoid prosecution here,  according to deputy bailiffs, who  sought him when he failed to appear for trial.

Gomez, who lived in Valley Junction, was arrested July 15 after an automobile accident near Valley Junction on July 4, in which Donald Callison, son of E.C. Callison of Newton, Ia., was injured. Witnesses claim Gomez fled from the scene after the accident.

Following his arrest here, Gomez was released under $300 bond to await trial Aug. 11. When he failed to appear in court Monday for trial, deputy bailiffs began a search for him and learned that he had been killed in a train accident near Chariton.

Friends of Gomez told the officers Gomez was "beating his way" back to Mexico on freight trains to avoid trial here when the fatal accident occurred.