About those Iowa Confederate monuments


A few references have appeared here and there during the last week to Confederate-related monuments in Iowa. There actually are two --- and both were erected early in the 21st century. Neither is likely to stir controversy, but it is interesting to note that both were sponsored or co-sponsored by the Iowa Division, Sons of Confederate Veterans, organized during 1996 by a few older white Iowans, quite a number of them re-enactors, who could claim an ancestor who fought for the Confederacy.

If you read the introduction to the group on its website, you'll discover that its members, while hardly rabble-rousers, do subscribe to and actively promote the myth of the glorious cause that sprang up in the South during the 19th and early 20th century: "The preservation of liberty and freedom was the motivating factor in the South's decision to fight the Second American Revolution. The tenacity with which Confederate soldiers fought underscored their belief in the rights guaranteed by the Constitution. These attributes are the underpinning of our democratic society and represent the foundation on which this nation was built. Today, the Sons of Confederate Veterans is preserving the history and legacy of these heroes, so future generations can understand the motives that animated the Southern Cause."

Reputable historians would disagree and suggest that some mention of slavery might be appropriate, but that's beyond the scope of this post. 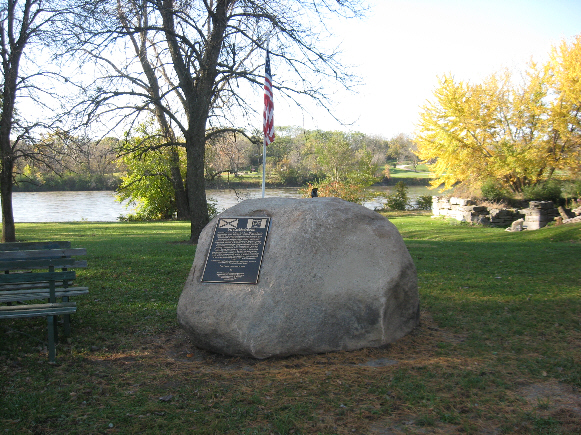 Dozens of rural homes were terrorized and robbed and a number of prisoners taken, but it was the brutality of Jackson himself as he cold-bloodedly killed three Davis County men that perhaps should be remembered.


The killing commenced near the home of Thomas Hardy, age 49. Hardy was not at home when the bushwhackers robbed his house, but they encountered him nearby driving toward his farm with a companion aboard a wagon pulled by a team of horses. The bushwackers demanded his horses, but Hardy demanded payment. "I'll pay you for them," Jackson reportedly replied, then fired a revolver at Hardy, reportedly striking him near the right eye. The shot knocked Hardy off the wagon, but did not kill him. He asked for mercy. Jackson then dismounted, pulled a smaller pistol from his belt and fired another shot into the man's head. When that failed to do the job, Jackson fired another revolver shot into the man's head, killing him. The leader then rifled the dead man's pickets, taking whatever cash he found, and rode away.

Somewhat later, the raiders rode up to the home of Eleazar Small, age 30, who had served honorably as a corporal in Company A, 3rd Iowa Volunteer Cavalry.  Because the riders were wearing Union uniforms, Small assumed that they were friends and approached them. By the time he discovered his mistake it was too late. Jackson drew his revolver and shot him in the face, then fired additional shots into his neck and chest.  Jackson reportedly dismounted then, took what cash he found in the dead man's pockets and rode away.

Capt. Philip Bence, 45, Co. F, 30th Iowa Volunteer Infantry, was on furlough with his family when the raiders rode up to his home near Springville later in the day. He was in uniform when the bushwhackers approached. Rather than killing him immediately, Jackson robbed Bence and forced  him to turn over his uniform and change into other clothing. Bence reportedly asked Jackson not to kill him in the presence of his wife and Jackson spared him for the time being, but marched him away from his home with other prisoners.

As nightfall neared, Jackson realized that he was not equipped to deal overnight with prisoners. Perhaps because Bemce was the ranking Union man among the prisoners, Jackson took aim and shot him off the horse he was riding double with another prisoner. As Capt. Bence lay on the ground, raising himself onto an elbow, Jackson fired another shot, this one fatal, into his head.

The other prisoners then were released on foot. They reached Springville about midnight. The bushwhackers fled into Missouri and, although pursued, never were located.

Jackson's story ended the following June. On June 13, 1865, near Columbia, Missouri, he surrendered  to Union forces under white flag, swore allegiance to the United States and was paroled. Missouri Unionist forces, recalling his brutality, were not inclined to let him get away with a free pass, however. Despite the parole, he was captured while heading for Illlinois and either shot or hanged in Monroe County, Missouri.

For those interested in reading more about the Davis County raid, a detailed report compiled by Col. S.A. Moore and based upon eye-witness testimony, was published in Annals of Iowa during 1922. You'll find it in PDF version here.

The photos here were taken from an excellent web site entitled "Iowa Civil War Monuments," developed and maintained by Iowa's Sons of Union Veterans of the Civil War. You'll find that site, which includes comprehensive listings by county of the monuments, here.
Posted by Frank D. Myers at 7:01 AM

I agree with you that the men killed during the raid need to be remembered as well I do however take issue with how you describe the brutal way the raiders acted,during Sherman's march to the sea the Union army cut a swath 20 miles wide through Georgia and South Carolina. They burned homes,barns & destroyed towns.They also stole livestock and food from the civilians,leaving them with nothing. They also killed & raped women and killed men just because they were from the South. There was brutality on both sides and that needs to be remembered