Juneteenth vs. Emancipation Day in Chariton 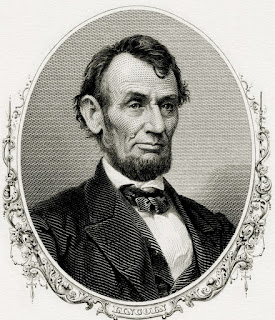 Saturday was Juneteenth in Iowa, a statewide day of commemoration marking the end of slavery set officially for the third Saturday in June and signed into law by then-Gov. Tom Vilsack during 2002. It was observed this year with small celebrations in Des Moines, Cedar Rapids, Waterloo-Cedar Falls, the Quad Cities and elsewhere.

Now the most widely observed celebration of its type in the United States, Juneteenth actually falls on June 19. This was the date in 1865 when Union General Gordon Granger, commander of federal forces then occupying Texas, read aloud in Galveston General Order No. 3 announcing total abolition of slavery.

An estimated 250,000 slaves and their former owners lived at the time in Texas, which had become a refuge for those who had moved west with their slaves from other parts of the South in hopes of denying them the freedom granted by President Lincoln's Emancipation Proclamation, which became effective across the Confederacy on Jan. 1, 1863.

In Iowa and elsewhere, however, Juneteenth is something of a late-bloomer and so far as I know never has been observed officially in Chariton. Emancipation has been celebrated in the south of Iowa, however, since soon after the Civil War, but generally on other dates --- and those dates have varied from year to year and region to region.

As nearly as I can determine, the biggest celebration in Chariton was held at the fair grounds on Tuesday, Sept. 25, 1888 --- close to the official Emancipation Day date of Sept. 22 --- the date in 1862 when President Lincoln announced the preliminary Emancipation Proclamation that went into effect on the 1st of January following. Here's a report from The Chariton Democrat of Sept. 27, 1888:

This very important day in the history of the colored people was duly celebrated by them at Chariton last Tuesday, a goodly number being in attendance at the Fair Grounds north of the city. The Oakdale military band from Marion county, and the Belinda band from this county furnished the music and made things lively with the fife and drum. A very good dinner was served and the day was fully enjoyed.

Rev. J.W. Laws, a colored preacher from Galesburg, was orator of the day and made a very creditable speech. John Kay, of this city, was Chief Marshall and distinguished himself as a commanding officer.

In the evening they induced Rev. Laws to deliver an intensely radical republican speech at the Opera House.

The colored people were well pleased with the success of the celebration and express their cordial thanks to Chariton people for patronage.

I found the earliest reference to Emancipation Day celebrations --- dates of observance varied --- in Chariton newspapers in 1875. It looks like these celebrations moved from town to town as the years passed.

Chariton attorney Frank Q. Stuart was featured orator during 1880 when Chariton residents traveled to Corning for a regional celebration on Sept. 17. During 1884, there was a celebration in the Lucas County mining town of Cleveland; and during other years in Creston, Albia, Buxton, Des Moines and elsewhere.

John Kay, an interesting guy about whom I'll have more to say another time, probably was principal organizer of the 1888 Chariton celebration. He was widely respected as a horseman in Chariton and chief groom of Iowa's famed Clydesdale stallion Merry Comet, owned by Smith H. Mallory. The stallion, when he died in 1891 of old age at 31, was eulogized as "having done more to improve the draft stock than any stallion brought into this state."

John's wife, Martha, was a member of the Jeffers family --- Marion County's oldest black family, having settled on farms in the area south of what now is Attica during 1848. Her parents, Crudeup and Polly Jeffers, were living on a farm near Belinda during 1888 and that probably accounts for participation of the Belinda band in the Chariton celebration.