Let us entertain (and elevate) you ... 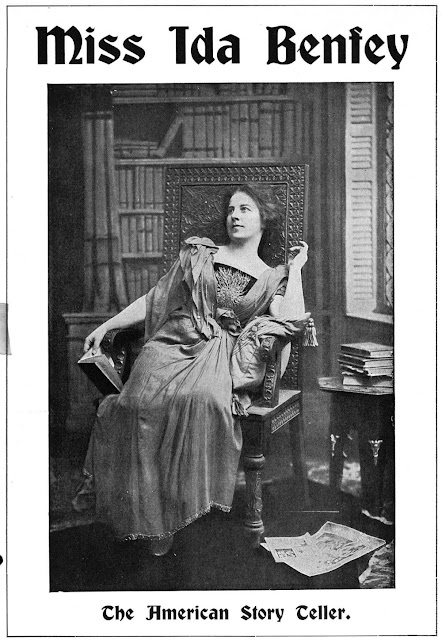 As we await the 2015-16 lineup for the Vredenburg Performing Arts series here in Lucas County, it's kind of fun to look back to 1903-04 and its equivalent, sponsored then by First Methodist Church's Epworth League, an association of young adults chartered nationwide by that denomination.

The five-event program for the December-March series was not explicitly religious but rather intended in a high-minded sort of way to entertain, elevate and inform, roughly in that order. Chariton's three weekly newspapers published many stories during late November and early December of that year encouraging the purchase of season tickets --- priced at $1.05 with a surcharge of 10-15 cents per event if reserved seats were desired.

The venue was Chariton's new First Methodist Church and season ticket sales had topped 300 by late November with the expectation that 400 would be sold since the program was described as "the best offering ever made to Chariton people." Without a season ticket, the per event cost would range from 50 to 75 cents. Tickets would be available through Dec. 9 at the shop of Rea & Beem on the north side of the square. A season ticket also would entitle its holder to discounted admission to a bonus event, organized by a couple of prominent Charitonians.

Most of the lecturers and performers spent their summers on the nationwide Chautauqua circuit, then were organized by agents into packages purchased by sponsoring organizations across the country during winter. The Epworth League probably was dealing with the Redpath Lyceum Bureau when it arranged the program.

Miss Ida Benfey, who described herself as The American Story Teller, was first on the 1903-04 program, scheduled to appear on Dec. 9. Without a season ticket, admission would be 50 cents.

Miss Benfey's performances mixed storytelling with dramatic readings --- her best reviews to date had been generated by recitation of The Book of Job during the 1899 Carnegie Lyceum in New York.

In Chariton, she would present "A Tale of Two Cities," followed by a half hour comedy sketch from "The Mill on the Floss."

The bonus event of the season, arranged by Jessie Mallory Thayer and Mr. and Mrs. Howard E. Copeland, would be a performance on Dec. 29 by the University of Chicago Glee and Mandolin clubs. This 25-member ensemble traveled by private rail car and rarely stopped in cities so small as Chariton, so its booking was considered quite a coup. Since the group would charge $150, admission at the door would be 75 cents, but season ticket holders would be able to enter for a quarter (reserved seats extra).

Dr. Frederick E. Hopkins, a former minister from Chicago who had discovered that he could make more money on the lecture circuit, would present "The Golden Fleece" on Jan. 11, 1904.

Thomas Dixon Jr., one of the nation's most desirable lecturers, was scheduled to appear on Feb. 10. He was a Southern Baptist preacher, playwright, North Carolina state legislator, lawyer and author, best known for his novel, "The Clansman" that would serve as inspiration for D.W. Griffith's 1915 film, "The Birth of a Nation." Dixon was a huge fan of the Ku Klux Klan in its original incarnation and a renowned apologist for the South --- although considered otherwise to be quite progressive. Because of his fame, admission at the door would be 75 cents.

Dewitt Miller, New York-based educator, journalist, minister, librarian and bibliophile, was on the program for March 4. Miller was considered to be a humorous lecturer, although he insisted that he merely found some things amusing and that his goal was not to make audiences laugh.

The series would conclude on March 17 with the Mendelssohn Quartet Company.

So there you have the program for 1903-04. Now we'll wait and see of the Vredenburg Series can outdo it.