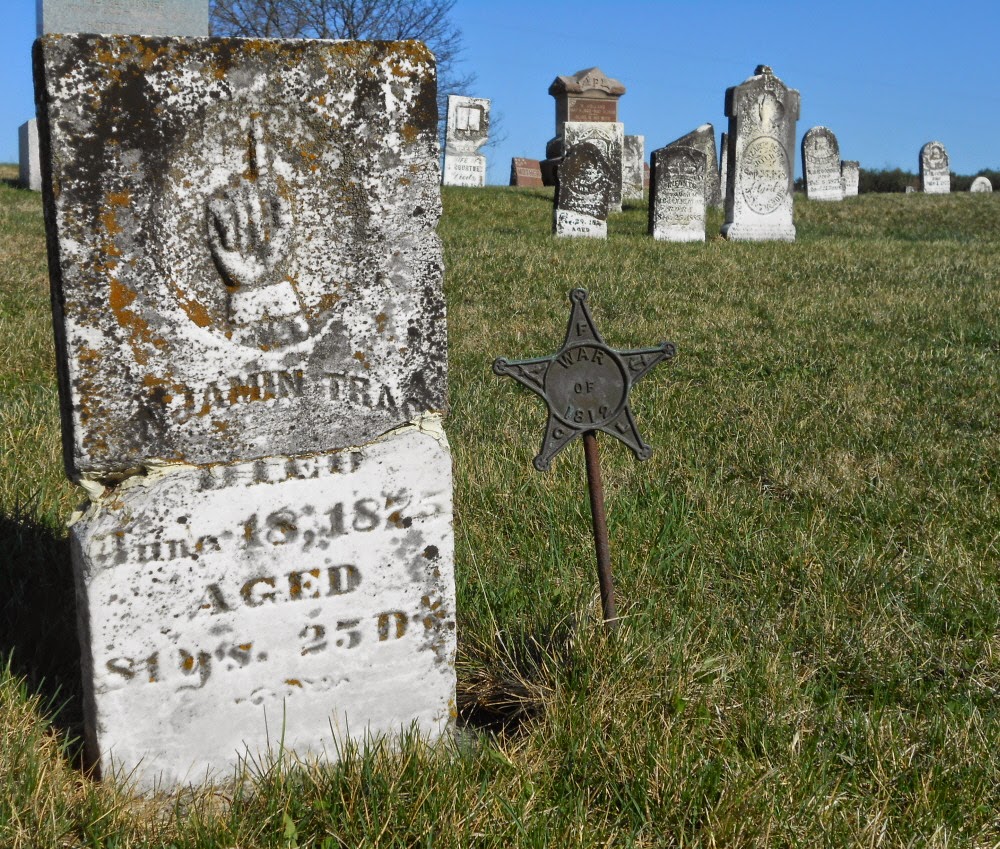 It was fun to have lunch at the Charitone yesterday with Peggy and Dick Christensen and Steve Pierce, reliving the past --- and talking a little (attention, Gwen and Nancy) about our upcoming Russell High School class reunion. So thanks for the invitation!

If all goes as planned, we'll be getting together in July for an afternoon of reminiscing in the Lodge at Pin Oak Marsh, then joining our friends from the Class of 1965 for a meal and more socializing at the Freight House that evening. That should be lots of fun, too.

Speaking of Pin Oak Lodge, the Lucas County Historical Society's annual meeting --- open to anyone who would like to attend --- will be held there on Monday evening, April 20. We'll gather for a brief business meeting at 6:30 p.m., have a program at 7 and then enjoy coffee and homemade pie afterwards.

This year's program will be presented by Andy Asell, geographic systems information analyst for the Iowa Department of Natural Resources (and son of Char and Lyle, of course).

Andy probably knows more than anyone about the landscape of prairie, savanna and woodland that greeted Lucas County's EuroAmerican pioneers when they started arriving in 1846. He lives and breathes prairie --- so I'm really looking forward to his presentation.

Since Darlene and I had spent Monday morning at the office wrangling envelopes --- getting ready to send annual meeting invites out to members --- I took the afternoon off and headed down to Derby to visit a couple of my favorite prairie remnants.

If you're looking for flash, the prairie is just waking up right now and it will be a while before colors other than green start showing in Lucas County at least --- but it was a beautiful day for a preliminary hike.

I was surprised by the number of pheasants. Iowa's pheasant population has fallen upon hard times during the last few years, but you'd never have suspected that along the Cinder Path yesterday.

Headed home, I stopped at Goshen Cemetery to take a photo of the tombstone (top) that marks the grave of War of 1812 veteran Benjamin Tracy. I'm trying to assemble a list of Lucas County's War of 1812 veterans, too, and am betting that before all is said and done I can come up with a dozen, although they are rare.

There are a couple of issues involved in tracking these guys down. In the first place, the War of 1812 was a scattered affair and its records are scattered, too. Beyond that, genealogists and patriotic societies have been fixated for years on veterans of the Revolution.

This Benjamin Tracy, who died June 18, 1875, at the age of 81, is the patriarch of Tracy families in both Lucas and Wayne counties and while members of my family managed to marry into his family in both counties, I'm not at all related.

Benjamin was a native Virginian who settled in Ohio after the war, living in both Belmont and Ashland counties; then moved on west to Iowa about 1853. He and his wife, Nancy, and assorted children were living near Farmington in Van Buren County in 1856; near Bonaparte, in 1860; and by 1870 had relocated to Marysville in the northeast corner of Wapello County.

About 1872, Benjamin and Nancy and other family members came to the May Church neighborhood southwest of Chariton where she died during 1873 and he died two years later.

Although their residence in Lucas County was brief, his War of 1812 service apparently was widely known. The Chariton Patriot, with a mixed record of covering events that happened some distance from town, reported his passing as follows in its edition of June 30, 1875: "Benj. Tracy died at the house of his son-in-law, I.H. Sigler, in Warren Township, on June 18th, at the advanced age of 82 years. The deceased was a soldier in the War of 1812. He was an upright man and esteemed by all."

I can come up with two records of service with Virginia militia units for Benjamin Tracys --- one with the 57th Regiment of Virginia Militia and the other, with the 56th. I'm guessing both records may be related to our Benjamin, but of course could be wrong about that.

Whatever the case, it was a beautiful day to chase pheasants --- and War of 1812 veterans.

The flag holder at Benjamin's grave is interesting, too. The initials F, C and L upon it stand for "Fidelity, Charity and Loyalty," stated (and often inscribed) principles of the Grand Army of the Republic, an association of Civil War veterans. So I'm guessing this flag holder, quite similar to the flag holder developed by the G.A.R. to mark the graves of Union veterans, was a G.A.R. product, too.

Most likely this flag holder was installed a century ago by G.A.R. members and has been in place here on Goshen's west-facing slope for a very long time.